She recently unleashed her “LoveWave” on Europe and countless EuroFans are now swimming in the sea of her fabulosity.

And today Armenia’s Eurovision 2016 act Iveta Mukuchyan gave them another wave to ride as she dropped the official lyric video for her entry.

The song clarifies some of the text, including the amazing line: “Spread a LoveWave, my heart goes ba-ba-da-bu-who-oh-oh.” Now that you know each and every letter, there is no excuse to mess it up! Early in the song Iveta says, “when it touched me the world went silent.” She might as well have been talking about “LoveWave.” In a statement sent to wiwibloggs, the 29-year-old said that she instantly knew “LoveWave” was the song for her.

We received more than 300 songs for the contest. I’ve personally written four of them. Bus as soon as I heard this one, I knew that was it. There was absolutely no doubt. The melody reminded me of waves — big, beautiful and powerful. It grows becoming bigger and bigger to finally explode and calm down in a single moment, preparing to rise again. In the first part of the lyrics there is a sentence that I think describes this song the best: ‘It’s like I’ve stepped out of space and time and come alive.’ 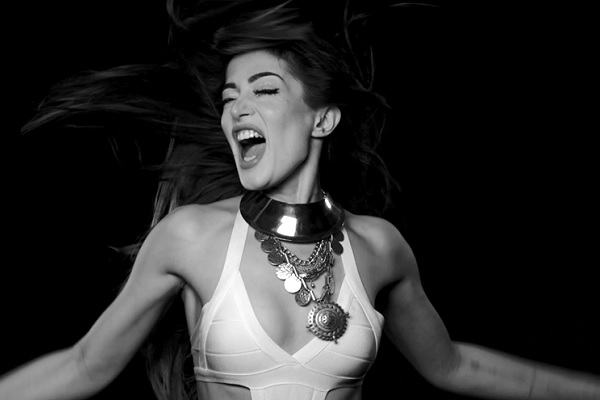 Co-writer Stephanie Crutchfield described the process of coming up with the lyrics.

It was very challenging to come up with lyrics to such an extraordinary song. And that’s what inspired me and Iveta. We didn’t want to do something standard that everybody would expect. Iveta gave the idea of “LoveWave”, which by the way is a real scientific term that describes the first wave of an earthquake. We liked the idea so much that it instantly became the core concept of the song. The lyrics are trying to make people realize that every single person and every single moment matters. Each moment can make a difference. Our strongest influence and weapon to make changes for the good is and always will be love. 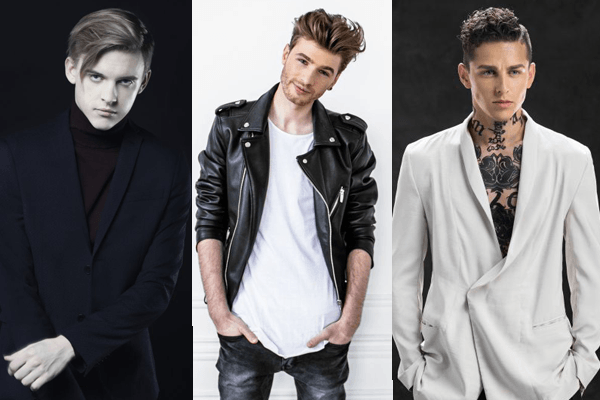 POLL: What is the best Baltic entry at Eurovision 2016? Now we know what she’s saying in this song.

I heard Iveta tell this morning that the live version is going to be different and is going to be way more amazing. I cannot wait!! Definitely winner alert. This song absolutely stands out!

From my point of view the song is astonishingly brilliant, comparing the love To an earthquacke!! I LOVE THAT! And you can see there is money on this entry! (Videoclip, dress, imagen, promo..) and I expect something even BIGGER with the staging, #WinnerAlert….just saying!

Most underrated song this year, it will score higher than you all except

overrated -_- just like Ukraine. i can’t see what’s so good about this song

She looks looks a dude,dude!!!!

@Vlad
Iveta is very sexy lady for a straight guy!
Eurovision is a contest where an unshaved man in a female dress won and fans used to respect her choice! So I think we could forgive Iveta couple of plastic surgeries after that :))

Wow..what an incredible lyrics video. Armenia is bringing it this year man. Honestly, Iveta’s video has to take the Mercel award for best video.

Reminds me to Malta entry for JESC 2015, everyone hates it because in studio version no one understand what she’s singing, until she sang a song live everyone’s got amazed. Let’s see for Iveta

Her screaming irritates me alot and her lips are disaster. You can see how plastic surgery sucks when you look at her face and lips

Should I feel like an idiot now for mishearing most of the chorus? I mean, until now I heard “Shook my life like an earthquake Norway could never have”, and “You’re like an airplane”. And I still can’t get myself to hear the actual lyrics, because her pronouncation is quite bad. Nonetheless it’s a good song.

I agree with MarioMario. This song is great, but most times I just don’t understand the words she is singing. And at some points I just hear her shouting. Nevertheless, I think this is a really good song and deserves a place in the Grand Final.

Well, I don’t find it pointless cuz I don’t get a thing of what she says.

Isn’t a lyric video kinda pointless when you already released the real video? Anyway, Iveta’s song either way is amazing.

Always the same countries, the same performers are being ‘advertised’, although, there are 43 countries this year. Wiwibloggs is very biased!!!!!!!!