Belarus’ IVAN promised that he’d appear naked on stage at Eurovision 2016 and he did just that — albeit in LED form. The number opens with LED Ivan kneeling on the ground in his birthday suit and staring into the eyes of a wolf. The real IVAN then appears delivering pitch-perfect vocals and major stage presence. Some may have called this a joke earlier in the spring, but now the joke is on them.

Technologically this act truly slays the pack. Of all the technically complicated numbers — think Russia, Malta, Iceland — this one has come off the smoothest. At times IVAN dances on a small stage before a screen that projects a series of holograms, including IVAN as drummer and anonymous human figures. The LED floor is also put to great use: At one point it shatters into white shards, giving the illusion that IVAN is standing on a floating iceberg in a sea of nothing.

Prior to Eurovision I thought this would struggle to qualify. But after listening to IVAN’s killer vocals and watching this technical display, it’s clear he’s headed straight to the final. Israel: Hovi Star glistens like a star in his first rehearsal 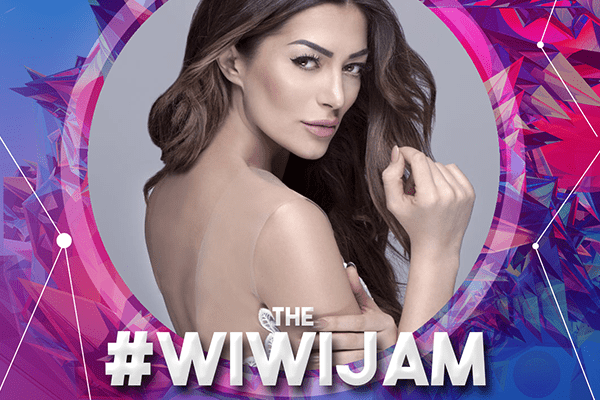 The Wiwi Jam: Iveta Mukuchyan from Armenia is our thirteenth confirmed act

I want to see the part of the rehearsal from which the picture is taken. It looks really impressive! Ivan is getting better vocally and they have matched the staging with the song well.

I still do not know if this will qualify but they are definitely giving the song the best possible chance of doing so!

Anton, why? because I’m Ukrainian and I ask you what is your nation? If you make bold statements, at least don’t just shout “racist, nazi, fascist, etc”. Explain loud and clear what’s the deal. enormous hate towards Ukrainian or towards people who questions your sanity in general?

Oxana
You are nazi

Anton, where have you sniffed racism? Russians is not a race, you’re everything goes from ugro finns mixed with tatars (your primary race) to other 190 nationalities. who are you? udmurt? yakut? korean? ugro finn? tatar? buryat? to have anti-racial sentiment I have to know which race you represent 🙂

Ivan is in my top 3 of the whole contest. I think this is a very good song in Eurovision standards. good luck Belarus!

Oxana
Your racism is ridiculous!

@Oxana
So Russia is sabotaging Belarus? Sergey’s song is actually good, I do not understand why Russia cannot do something similar for Ivan.

The Woolf visuals look very clever. Iv always like the song too. I mean it stands out against a few this year. I like it when a contestant that’s obviously talented and revives loads of flack suddenly makes people sit up and dispell their prejudices

It looks like the new 3D technology is going to give some entries (especially Belarus) a tremendous advantage this year. Full marks for Belarus’ staging and choreography, they stunned me. However, I’m really sorry but I don’t like the song at all. If this were a total “song contest” then it wouldn’t qualify, but since it’s more about the entertainment then I think this will easily qualify.

Ugh, now I think this will qualify.
It really seems to be a projection contest this year 🙁

@Marie, Russia already “helps” Belarus as they can. Ivan is basically Russia #2. His crew, producer, songwriters, and support is from Russia. if it would be Belarus who staged and created the show they would never resort to naked dude with stray dogs. among other neighbor nationalities Belarusian are less vulgar, they’re not spoiled by dirty things. I’m upset with this entry, as I believe Belarus can do better, much better and elegant than showing their naked ass on big screen (how I’ll explain to my niece why adult is naked and looks like dogs ate his clothes? how can… Read more »

This is thousand times better than Russia. Russia has a perfect projection, but is cold. On the other hand, Belarus is telling a story aswell as Iceland.

Belarus should ask Russia for help in Eurovision. Every year Belarus sends an awful song to the ESC.

@Oxana
Yeah, you are nuts, really.

@Anton, judging from your remarks it looks like you’re a teen. persistent yet silly to understand basic things. there’s nothing to hint at your adult age.
voting. I’m surprised your mother Russia – so big and powerful – can’t vote, and you don’t know how to vote if you really want it. I’ll tell you, if you really want to vote to support Ivan. look into Crimean experience how they voted for Ukrainian NF to support Jamala.

Oxana
Are you nuts? Russia can vote in the 1st semi only, that’s rules. I am older than you girl.

I like this song since the begging and this performance will look so well on stage.
Belarus is the best exsovietic country this year, this is going to final.

A super grower on me.

If you ask me, I take this over Russia in a heartbeat.

It should definitely qualify.

I have to say this is original and amazing. This is pure creativity.

The fact that he shows up on the pannels playing the drums is a very smart idea. I really didn’t expect it. It brings the visual energy and goes along very well with this song.

A round of applause for Ivan. Just feel sorry I can’t vote for this from Spain (we are placed in the 1st semi)

@Anton, why you can’t vote? your parents cut you from pocket money for bad grades and you can’t prepay your mobile to text?

Apart from feeling ‘homesick’ for Team Belarus, it is with great relief to hear you guys say that the effects are stellar….. and other trusted folk who have said that Ivan also hit the top notes with ease. Yay Belarus! xo xo xo

I would like to see a video but that photpgraph already looks nice and somehow natural. However, I am biased since I like wolves very much.

I totally disagreed with the idea of Ivan performing naked with wolves in the 12th of May, but when he IS naked in LED form, I thought his opportunity to qualify to the final is smaller.

YESSSSSS! I love this song and Belarus most certainly deserves to be in the final!

I want to see the rehearsal video, but for now I’m very very proud of IVAN! I liked him and the song since the very first moment i heard it and I’ve been supporting him all this time. He was very underrated and all the people said he was a sure non-qualifier, now all has change with that clever use of technology. I’m glad about this situation and very excited about what you said and how all will be on stage and TV. I thought that maybe he wouldn’t make it the final, but, judging by what you say in… Read more »

i agree, but i must say i like technology on eurovision, it’s really current and i think holograms and projections are cool 🙂

Belarus can NOT qualify with that tack! Seriously! If Belarus qualifies it will be a farce!

Haha great Ivan! I think you gonna surprise us big time with your performance. You seem to be a thoughtful guy so I can’t wait to see your full rehearsal.

I think he shouldn’t undress. Anyway… I really like this song and I cann’t wait for the first rehearsal.

Ooohh noooo…he does his warning real…