The third of the Baltic Boys have been waiting for this night, and finally Donny Montell from Lithuania has just taken to the stage for his first rehearsal of his Eurovision 2016 song “I’ve Been Waiting For This Night”. He took to the stage on his own, working his chiseled triceps and owning his new look, which has been updated hugely since his Eurovision stint in 2012 and bringing himself into 2016.

The staging of the performance is fairly consistent throughout the whole performance. The quiet verses are met with more subdued lighting choices, in contrast with bright, fast and colourful lighting through the energetic chorus.

The stage is completely owned by Donny, and only him. His voice sounded consistently good throughout his three run-throughs and he appeared much more confident in comparison to his show in 2012.

The only area of disappointment lied within the trampoline we were promised. Expecting something on the scale of Greece’s trampoline in 2014, we received a small trampoline of which you would normally find in a budget gym.

Overall, the song unanimously remains a borderline qualifier across the team. We are hoping the little kinks will be ironed out in time for the live show.

Donny Montell’s “I’ve Been Waiting For This Night”: Reviews and Reactions FYR Macedonia: Kaliopi stuns with her vocals on “Dona” in first rehearsal 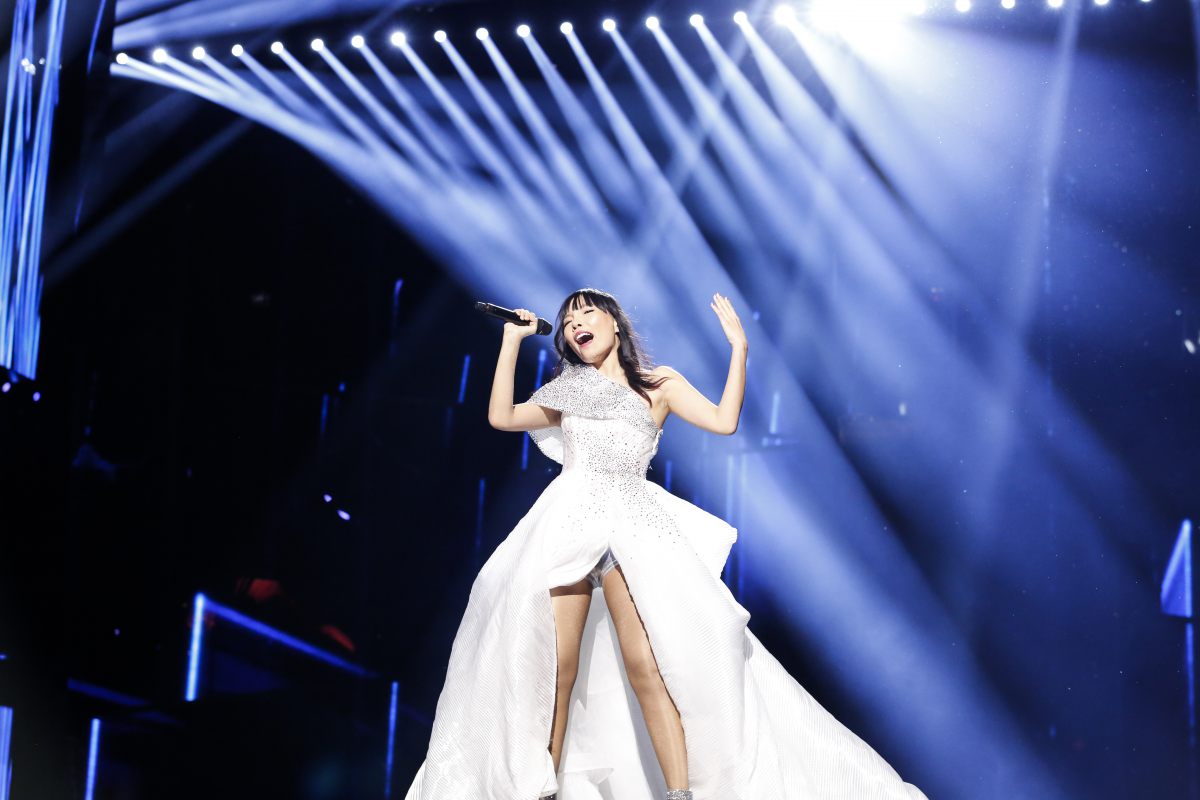 Phew. I’m more and more convinced that this will severely struggle. Back in November I thought it would be a top 10 contender, whereas now…
The staging seems to be the blandest we’ve seen so far and I’m still not a fan of his live vocals. But then again, the song is so modern and mainstream that I think this just HAS to qualify.
Difficult, difficult.

@Österrike: Fine by me … too many colours are already being waved in the audience and LEDs have proved to distract everybody from the actual song (must be a rewarding strategy for bad songs) specially when they bring too much colours, tricks, visual lasers, whatever there is to be used just to hide that fact that a certain song …. sucks … But like I always tend to believe, there are people watching Eurovision on MUTE while being hypnotised by the European answer to Circle du Soleil in a not very charming way. There is no other explanation as to… Read more »

Another trampoline on stage? Seriously? Hasn’t anyone learned anything from the Greek 2014 debacle of a performance which pretty much sounded and look like a 10-year-old-bday-party? What is wrong with just doing a damn vocal performance and let the song do the “jump” instead? Too many distractions … people are way too obsessed with visuals and not paying a single f*** about the songs themselves. Only in Eurovision are priorities reversed as opposite to real life …

Ok, the third performance with stars in the background led only today.

@Österrike – more or less, yes. Hahah… Or near those two colors, nothing else.

Does the stage this year only do red and blue colours?

This mug thinks he can win…okay let me have a laugh. BAHAHA

I am Lithuanian and I really hope everything WILL improve throughout the next rehearsals as it is said that the camera work wasn’t OK at all.. To be honest, I was not worrying about him qualifying before this rehearsal and now I am.. But I still love him and I will always support him.

Unlikable*** not I likeable

There is something seriously I likeable about Donny Montell, I felt this way in 2012 and I’m feeling this way now again. The song itself isn’t bad, I have heard worse but after listening to other songs it becomes quite forgettable. I don’t think Lithuabia should qualify this year BUT looking at their semi, they have neighbours with Poland, Latvia and Belarus alongside diaspora votes with Ireland and the United Kingdom, sadly, I think this is going through. Undeservedly so.

Good job! One of the best today, along with Australia, Latvia and Serbia.
Macedonia – Kaliopi voice is stunning, but the staging is boring.
Belarus and Israel are ok.
Ireland, Switzerland and Poland was bad to me.

Good luck to all from Spain!

I’m in love with this song. His live is better than before. I hope that he will qualify.

what are the odds that all baltic entries are guys and they’re all preforming solo on stage? 😛

He really looks different from 2012, in all departments.

I better hit the gym.

Donny did great, this is how you perform 🙂

Trampoline is stolen from Freaky fortune (Greece) with rise up 2014….

It wasn’t about the trampoline. It was about the jump.