On March 17 we asked our readers to name their favourites to win Semi-Final 1 of Eurovision 2016. Two months — and 39,116 votes later — some clear favourites have emerged among our readers. This comes with one massive caveat. The majority of votes in this poll were cast prior to the live dress rehearsals. Essentially our readers were rating the studio versions of these songs rather than the live performances. Armenia’s Iveta Mukuchyan won both of our polls for who had the best first rehearsal and best second rehearsal, but she only finished fourth here. In any event, this poll is still an interesting — if very rough — indicator of where allegiances lie.

Malta’s Ira Losco wants to “Walk on Water” at Eurovision — and she sashayed her way to the top of our poll, earning 4,799 votes, or more than 12% of all those cast.

Ira, who recently revealed that she is pregnant with her first child, had a difficult first rehearsal: her dynamic LED projection dress did not work, leaving her looking like she was wearing a box. But she hit the drawing board and re-emerged for her second rehearsal in an elegant gown that shows off her stunning décolletage and gives her the confidence to slay. Ira is most definitely back in top form. Singing for two suits her…

Just 48 votes behind her is Croatia’s Nina Kraljic. Her staging for “Lighthouse” hasn’t been received very positively in the press centre — the dress reveal sees her looking like a Las Vegas show girl dressed as a chicken fighting a wind machine — but the beauty of her song may very well see her through anyway. She earned 4,751 votes, or around 12%.

Third place in our poll goes to Eurovision 2016 favourite Sergey Lazarev. The “You Are The Only One” singer finished with 4,115 votes, or around 11%. He has gotten stronger and stronger as the week has progressed and remains in pole position with the bookies and many Eurovision insiders.

Results: Who should win the first semi-final of Eurovision 2016? 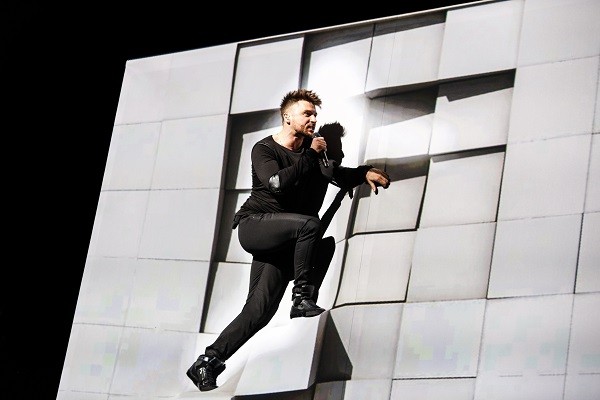 Oh who cares about the dress. Stop it all ready with the dress non sense! We should value only the songs and the quality of singing.

For that I would like these countries as winners:
-Croatia or Ukraine (both very artistic songs with amazing singers) or Israel (the most poetic song of the whole contest) or Spain (the most up lifting song).

These 6 just MUST qualify. I will be quite sad if at least 4 of these don’t qualify: Estonia Iceland Croatia Austria Czech Republic Netherlands Just please let us (Croatia) qualify for once. I don’t care if we are 26’th in the finals. It’s finally a good song that’s representing us, something I can stand by. Also, I would totally love to see Estonia qualify. The song is just as good as the one last year. If last year’s entry deserved Top 10, this one deserves at least to be in the finals. Again, I don’t care if it’s 26’th… Read more »

Alas, I will be at work when this is televised on the Web. I’ll watch this round (and grade them, including the previews from FRA, SPA and SWE) at midnight (NYC time), isolating myself from anything on the Web that would reveal the results before I watch the show., NYC time

Personally, I would like to see Estonia make it through instead of Azerbaijan and I wouldn’t rule out Croatia and/or Bosnia scraping through either.

My predicted qualifiers are:
1. Russia (obviously)
2. Armenia (really growing on me)
3. Czech Republic (just has to)
4. Iceland
5. Malta
6. Hungary
7. Cyprus
8. The Netherlands
9. Azerbaijan (Just because)
10. Fight between Austria, Greece and Bosnia-Herzegovina, with probably Greece going though to the final.

This countries will qualify:

Its to bad that i missed the “like” bottom in this whole site… I like your comment !
Maybe Hovi Star can report for this site he fits anyway. Im gay but they are acting like queers.

It will be Czech Republic and The Netherlands instead of Bosnia and Austria.

What a joke. This whole site is a joke.

guys just look how much support Amir has in the arena! It will be massive on saturday 😉