On May 11, wiwibloggs hosted our very own Eurovision party — The Wiwi Jam — at the Hard Rock Café in Stockholm. Eurovision and Melodifestivalen stars turned up and turned out, working our red carpet before singing live on stage. It was a night to remember.

Among our hottest guests was pre-contest favourite Sergey Lazarev from Russia. Straight from a performance at the Eurovision Village, he smiled from ear-to-ear as we discussed his Semi-Final 1 performance.

“It was great, to be honest,” he said. “To be on the stage and to feel the audience — I really liked that they liked my performance. But I can do better for sure and I will do my best to raise the level of my performance on Saturday.”

Since Russian politicians introduced a series of anti-LGBT laws in Russia, the Russian contestants at Eurovision have had to deal with a public backlash and at times booing in the arena. But this year the booing stopped, replaced instead with loud cheers for Sergey. Clearly his charm and kindness have won over the masses. He takes nothing for granted.

“I received so much support from audience and fans from different countries texting me and wishing me good luck. I am so happy and proud for that.”

Apart from his Eurovision song “You Are The Only One”, Sergey also sang one of his big hits “Take It Off.”

Standing backstage, we were seriously hoping that he would do just that. Sadly we only got a flash of stomach.

Before leaving the stage Sergey threw “Sergey T-shirts” out to the audience.

He also handed a pair to our hosts — wiwibloggers William and Deban — and you could feel them blushing from a mile away.

Interestingly, Sergey was one of only two acts who decided to come to the Hard Rock earlier in the day — before the party started — to test his sound. He wanted to make sure that everything was perfect for his fans.

William had the chance to get Sergey two drinks — a water and an orange juice — and learned that Sergey doesn’t like ice.

“Serving Sergey juice was like taking fine wine to a king,” he tells me afterwards. “I would be his court jester any day! He’s a king with a massive heart — and some very loyal subjects. J’adore!”

A few hours before the #wiwijam, @lazarevsergey stopped by for a sound check. We just had to take a #wiwibloggs selfie. #eurovision2016 #eurovision

You can watch all of the #wiwijam live performances below.

Who was your favourite? 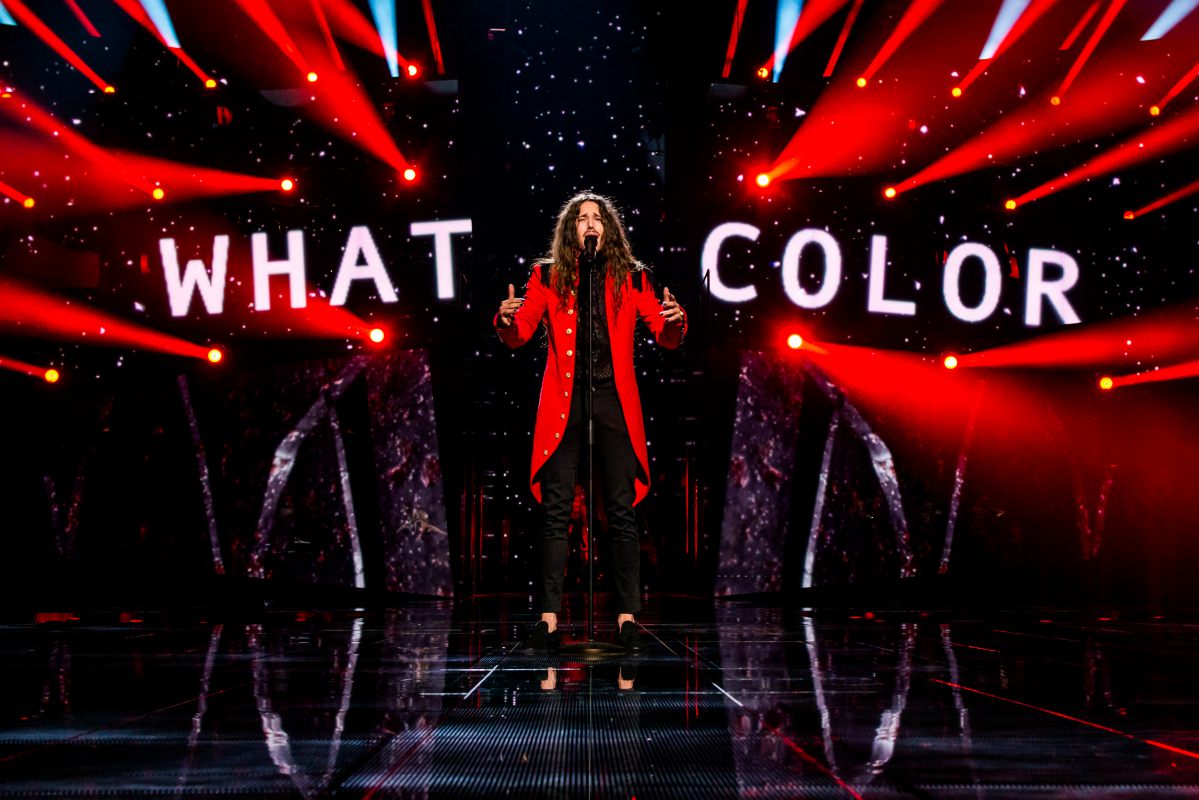 Semi-Final 2 split results: The jury hurt Poland the most, helped Israel the most @hovi
I don`t understand your suggestion. In my opinion Sergey`s legs are okay:)

Sergey is very polite and nice person. I really like him. Sergey is a great artist who respects audience:) He cares about him health. Ice isn`t good for singer.

…*to come to the Hard Rock earlier in the day – before the party started – to test his sound* haha… I think it was just an excuse to meet William once again! Lol

I wonder if next year Russia is sending a woman singing about peace in the shape and form of a ballad .. will the booing return? An LGBT issue but also an anti-female-ballad …quite an interesting topic worth of an in depth study .. but nahh let’s keep the dirty under the rug.

he has nice upper body, but he should work a bit on his legs

whats the fascination with Sergey?

Julia, it’s an interesting thought that juries might vote for the country they want most to visit next year. Perhaps that’s why Australia go so many of their votes.

Thank you, Wiwi, redeemed in my eyes. I was totally pissed off with Josh Salmon who even forgot to mention Sergey in his highlights from Wiwijam. Can you invite Sergey to the next year’s jam as well even if he does not participate in the Eurovision?

He didn’t win because people afraid to go to Russia. But why? We here don’t kill anyone! You can come and see. In Ukraine, more cruel, I live nearby and I can’t go to Ukraine, to meet with my friends, because I really scared.

I still cry ((This is so unfair! Sergey is amazing! I still think that, I had a bad dream ??

@fikri He is very audience-oriented and a great professional. Sorry for him that he became a victim of a political decision.

“Interestingly, Sergey was one of only two acts who decided to come to the Hard Rock earlier in the day — before the party started — to test his sound. He wanted to make sure that everything was perfect for his fans.”

off topic but does anyone know how tall is he?