We were “Wide Awake” last night, waiting for Eric Saade’s latest single to drop at midnight. We might have been bleary eyed this morning, but our favourite manboy didn’t disappoint. The Gustaf Norén collaboration is the second cut from his upcoming EP.

Just like his previous single “Colors”,  “Wide Awake” is an electropop track which draws influences from everywhere — dance hall beats meet Arabic rhythms. With an inescapably catchy chorus and tropical vibes, the song is an instant earworm which becomes lodged in your brain after just one listen.

The lyrics describe how Eric is addicted to loving someone, but his love isn’t reciprocated — “I want your love but your love’s not in the air”. The “Popular” hitmaker acknowledges the problem, yet he can’t let go — “I wanna believe I can leave but it makes me scared”.

As with “Colors”, the the track is produced and written by State of Sound together with Gustaf Norén and Saade himself. Sweden’s Eurovision 2011 star has concentrated on reinvention after finishing fourth at Melodifestivalen 2015. In an interview with Swedish tabloid Expressen, Saade explains that he grew tired of his old music and decided not to release an album as planned. Instead he wanted to start over from zero. Once he began working with State of Sound, he found the drive to record new music again.

Eric is set to release his new EP later this summer, but he won’t be jumping aboard a tour bus. Instead he plans to collect ideas, travel and just take it easy. We hope to see him back on stage soon.

Does Eric Saade keep you wide awake with his new single? Or do you miss his old sound? Let us know in the comments. 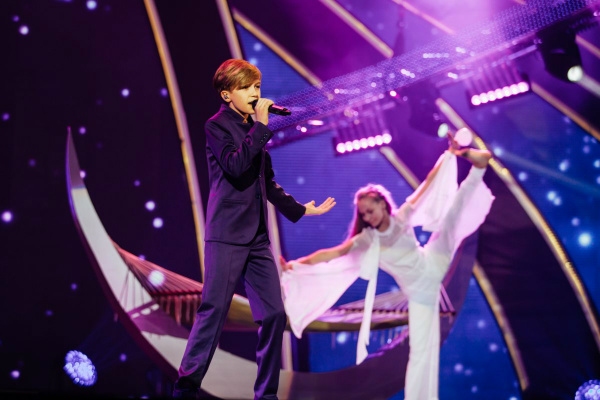 It`s good song. I don`t like this genre but this song is catchy and ideal for summer:)

Yeah, this is good. Sleek and professional. What gives with the comments?

I like it. I love his all out pop, but this isn’t bad either. I wish him luck!

Looks like I’m the only one around who likes his new music. It’s just not Eurovision-friendly, but that doesn’t mean it’s bad.
Good job, Eric.

What a horrible cheap song, definitely pals with Rebecca Black!!

He’s just awful. Always was, always will be.

It’s such a bleh sound. His Saade Vol. 1 and Vol. 2 were amazing. What happened after that?