Speculation has already started to mount about who should represent the Netherlands in Kyiv next year. JESC 2007 participants O’G3NE are definitely on top of that list.

Yes, it’s only been two weeks since Douwe Bob finished eleventh at Eurovision 2016 with “Slow Down”, but the rumour mill about who will represent the Netherlands in 2017 has already started cranking.

Not so long ago we gave you a list of the six acts we think should represent the Netherlands. And now one of them – O’G3NE – are getting a lot of attention.

The group, who have been rumoured ever since their The Voice Of Holland audition, have already made it clear that they want to represent the Netherlands at Eurovision at some point.

Last year, the girls confirmed that they didn’t get a call from AVROTROS to have a meeting to talk about an eventual representation, but this year the tables have turned.

Jan Smit, the Dutch ESC commentator and host of the television show De Beste Zangers (in which O’G3NE are competing in at the moment), said in an interview with NPO Radio 2 that they should be approached this year.

“We have to evaluate the last Eurovision, first. There are several artists who want to fly the flag next year. But, O’G3NE, I saw them during ‘De Beste Zangers’, and they are just fantastic. That we should discuss possible participation [for next year], that’s clear to me.”

AVROTROS already confirmed that they will select their entrant for next year’s Eurovision Song Contest after the summer, so nothing has been decided yet.

Do you think O’G3NE should represent the Netherlands? Let us know in the comments below!

Read all of our The Netherlands news here 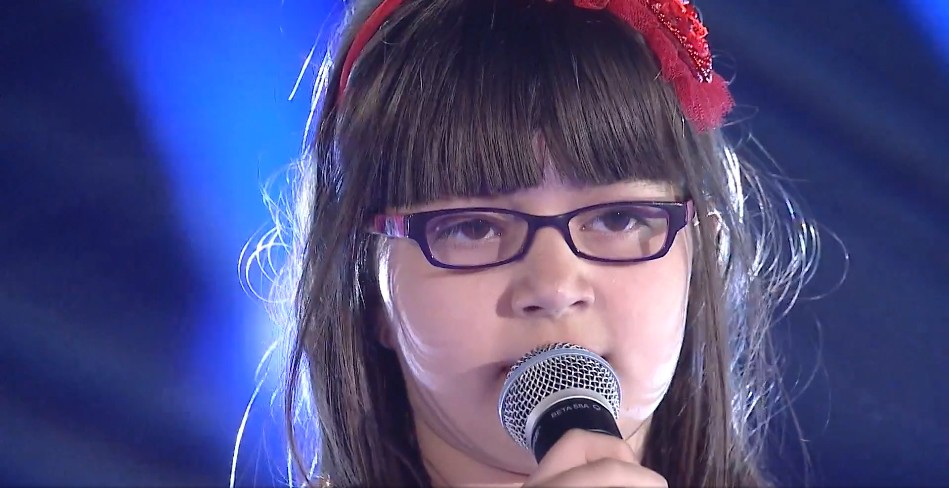 OMG YES Let it be O’g3ne. Amazing angelic voices. They only need 1 good song, thats all. If they get chosen, then the NL can win the contest next year 😀

@words of wisdom
The recent hype is based on that cover they did, that’s what I mean. Originally I think it stems from the fact that in the Voice final their own song and performance was way better than the one of our actual Eurovision entrant, Trijntje 😉

The Common Linnets and Douwe Bob were right down my alley, none of the artists mentioned for next year are, but I think O’G3NE’s harmonies are really something special that separates them from the pack.

@Domi: I want to see Kensington give it a shot.

@words of wisdom
That hype really created itself, purely because of their excellent cover of Clown. It’s not restricted to teenagers at all, they aren’t really the target audience of that show.

Eurovision is full of soloists in last years, primarily female soloists. Every band is welcomed, because everyone wants to see more of bands in Eurovision. This is the best choice for every country now, so good luck Netherlands! And we didnt see any girl band on ESC so long. Lets see them in Ukraine please! We dont want 95% of soloists and 5% of bands. We want more bands!!!! Girl bands, boy bands, rock bands, indie bands, metal bands, hip hop bands, duos, women, men, pop, rock, dance, rnb, ethno, jazz, everything! Make Eurovision more interesting and not like this… Read more »

Why won’t they send Douwe with another amazing song? 😀

Difference between this group and most of the girl groups that have competed in Eurovision: These gals have oodles of talent.

Give them the right song and the right staging (easy peasy, amirite?), and they could kick some serious butt.

@dutchie
I think Dotan IS an amazing singer and DONT need support to his voice , HE has a GREAT voice and GREAT style quality, I’m sick of Cheap GIRLS bands , believe me, if you send Dothan HE has a chance to win AND brings very high quality level of song and singing … by the way- do you know if he has a girlfriend or been married ?

@OR
I think it’s his first album you talk about, and that one flopped. His second one, 7 Layers, was recorded in his living room, and the lyrics of the title song are pretty clear regarding his history. I like the guy, but his voice needs a lot of support of the backings to sound good, a bit like Amir really.

Yesss 3 slaying queens 😉 with the right song this group could win, the voices are stellar

@dutchie Not because he is an Israeli, I think dotan is an amazing soul singer, I listened to his music and its just fantastic, he is gifted musician and special!! Dothan have a very strong connection to his Israelis roots in an interview to Israeli magazine dotan tells that he coming to visit in Israel very often because of his dad and his Grandparents and also he always listing to Israeli music!!! here is a link to this article so please you dont know anything about doan i guess : http://www.mako.co.il/music-Magazine/articles/Article-329119e1a136331006.htm Also There is a reason for this global organization… Read more »

Definitely! They have such amazing voices! Their performance of “Clown” is absolutely stunning!

The only successful girl groups in Eurovision that I can think of right now are Serebro, Buranovskiye Babushki, MeKaDo and Vanilla Ninja (I don’t regard duos as “groups”). On the other hand, there have been major failures by girl groups: Moje 3, Feminnem, Sinéad Mulvey & Black Daisy, No Angels, Las Ketchup, Nonstop, Treble, Son de Sol, Suntribe, Neiokõsõ, Sestre, XXL, Charmed, The Rounder Girls, Precious, Times Three, ENI, Mrs. Einstein, Cocktail Chic, Doce, Aska… I think the trouble with girl groups (as well as boy groups) is that you only have three minutes to leave a lasting impression. If… Read more »

Please NOT. They have horrible songs. Their voices are OK tho

@OR
Only because he’s half Israeli? Even if he never knew his Israeli father and he grew up in Amsterdam?

That is a pity.. i want Dotan the amazing and hot Israeli – Dutch singer to represent Holland… i,m sure Dotan have way better chance to win.

@oooops
It’s just the word ‘ogene’ in a different spelling. ‘Gene’ like the human genome and ‘o’ like… well… o.

1 question, how do you pronounce O’G3NE

Their harmonies are pretty unique. But they’re still searching for their own identity, musically speaking. Their singles range from Bee Gees to Eurodance to Disney to Little Mix. Personally I think they’re at their best when they keep it small and simple, like in the Emeli Sande cover above. Let’s see if someone can write a great song for them, so far it hasn’t really happened.

IMO Netherlands and Dutch music are so much better than these girls.
It feels to generic and bland to me, they will need a really good writer team behind them to be a real player.
I prefer Netherlands with authentic songwriters acts or with a really good pop hit that could be number one in their charts and I can’t see O’G3NE achieving that, it would be a mistake to go for a pop generic song made just for Eurovision.

Really good choice. I have wanted this for so long now.

I’m for it. They sing well, and the redheads kinda hot.

No, because who knows how to say O’G3NE ?

If they get the right song, the Netherlands will do very well next year