Bulgaria’s Poli Genova isn’t the only Eurovision star who has been competing on a local variation of Your Face Sounds Familiar. In fact, Daniel Kajmakosi has gone one better than Poli’s second place finish. After 12 weeks of prosthetics, wigs and some rather questionable impersonations, Daniel won the Serbian version of the competition, Tvoje Lice Zvuci Poznato.

Tvoje Lice Zvuci Poznato has a long and extensive list of Eurovision alumi, with Sara Jovanonic and Knez among them. And just to add more Euro-fabulous to his win, Daniel brought home victory with a performance of Måns Zelmerlöw’s winning ESC song “Heroes”. The Macedonian stud muffin will donate his winnings to charity.

Daniel proved to be quite the chameleon, tackling iconic stars from both home and abroad. Here are some of his highlights. Which ones are your favourites?

As The Prodigy performing “Smack My B**** Up”

As Justin Bieber performing “Love Yourself” and “Sorry” 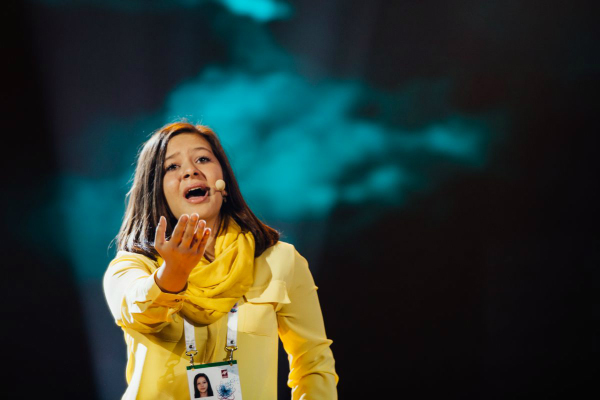 This is so amusing lol! I wish we had this show in Australia haha

Ok, that Prodigy performance was fantastic.

I wish he would have performed so much better in ESC. His stage performance really blew it