On June 14 he blocked a shot from Ronaldo, helping scrappy Iceland hold Portugal to a draw during its European Championship debut.

But as it turns out Icelandic goalkeeper Hannes Dor Halldorsson isn’t just useful on the pitch.

Way back in 2012 he actually directed the music video for “Never Forget” — Greta Salome’s Eurovision 2012 entry for Iceland.

It saw two children walking through a series of sweeping Icelandic vistas — think snow, shadows, moon and mountains — as Greta and Jonsi vogued and pouted to the camera.

Hannes previously worked full-time at the Icelandic film studio SagaFilm and has reportedly been promised his job back once his soccer career ends.

Perhaps he can direct Greta to a Eurovision win in 2026?

Iceland has been making other musical waves at UEFA Euro 2016 this year as well.

The perfectly synchronized chanting from Iceland’s small, but spirited contingent of fans has left non-Icelanders in shock and awe.

That Iceland viking chant is still terrifying when there’s only 50 of them. https://t.co/c3CHpMU5Yz 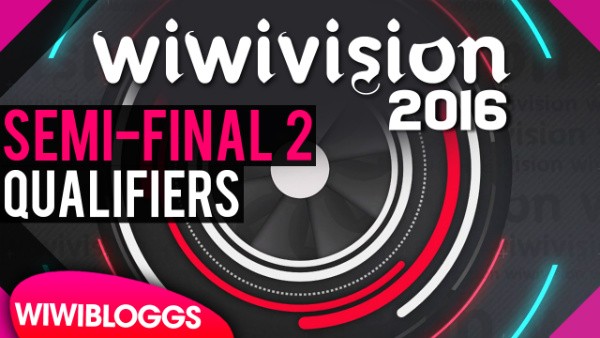 Semi-final two results: Who qualified for the wiwivision 2016 grand final?

I <3 Iceland! That goalie is nammi ( yummy!) In a land with just over 300,000 inhabitants, folks need more than one job! I do hope Iceland will be back on track next year! Folks that island is a vacation of a lifetime!

Pollaski, I’m portuguese It’s not fair judge my country because Eurovision and Football…

Americans (NOW COPA AMERICA SEMIFINALISTS BABY) are totally behind Iceland in Euro. We love ourselves a good underdog story.

Iceland was very lucky to take points against Portugal. The Portuguese team played the best football – based on chances / ball possesion.

Halldorsson was the man of the match imo. How I love Iceland for pissing Ronaldo off, he’s such a crybaby lmao.

Even if I am a swede without any relation to Iceland, I support Iceland more than Sweden. Lars Lagerbäck(from Sweden) is miles better than Erik Hamrén(The swedish coach). But I have cousins in Germany so I support them the most, could also see France win.

That’s interesting. A man of many talents apparently.
Still, I hope that in their next game Iceland’s offensive will convince me as much as their goalie did against Portugal.

I still remember when the wiwibloggs said Katia Aveiro would be a good choice to represent Portugal. I felt offended as Portuguese lmao.
I think that Iceland has worked very well in the last game.