On May 17, just three days after the grand final of Eurovision 2016, wiwibloggers William and Deban were running on fumes. After two weeks of non-stop interviewing, filming, blogging and partying, they were dead. But they weren’t done! Stumbling over their words and struggling to stay awake, they met up in London to discuss their personal highlights from Eurovision 2016.

It’s impossible to discuss all of the amazing moments from Stockholm — a video can only be so long! And naturally everyone’s experience is different. What follows are their top five moments from the fiesta in Sweden — and most of those moments happened off-the-stage rather than on it!

After watching, let us know what YOUR top moments were. Whether you were watching from home or experiencing the action on-the-ground in Stockholm, we’d love to hear your thoughts.

When SVT announced that it was re-thinking the voting presentation, a lot of fans shrieked WTF?! But when all was said and done, the revelation of televotes after the jury votes led to the most exciting vote reveal in ages.

We threw a party at the Hard Rock Café and the 700 available tickets sold out in 36 hours. We weren’t expecting that. But what we were expecting was for our invited guests to turn up and turn out! From Lisa Ajax’s world premiere of her latest single to Sergey’s show-stopping take on “Take it Off”, the acts really slayed.

Lights, camera, Eurovision! Ahead of Semi-Final 1, Semi-Final 2 and the grand final, Eurovision 2016 host broadcaster SVT aired “Studio Eurovision” — a one-hour long pre-show. Host Gina Dirawi interviewed Eurovision 2016 acts and Swedish superstars from ESC and Melodifestivalen, and guest performers like Wiktoria and Ace Wilder dropped their biggest hits. So you can imagine how excited we were to serve as special guest commentators for all three shows.

Finally got our #studioesc files. @deban_deban and I were wetting ourselves on Swedish TV over @iveta.mukuchyan. Musically, visually, sexually — she kills it! #eurovision #eurovision2016 #ivetamukuchyan

Countless readers and Eurovision journalists have asked us if the Semi-Final 1 taxi segment was a stitch-up and if we were in on the joke beforehand. The answer is NO! You can watch our segment with Petra Mede below in case you have no idea what we’re talking about.

The team behind wiwibloggs spends a lot of time working on this web site and its social media channels. That’s one of the reasons we all feel so close, even if some of us have never actually met in person. Thankfully Eurovision affords an opportunity for lots of us to #ComeTogether. Warm fuzzies, y’all! 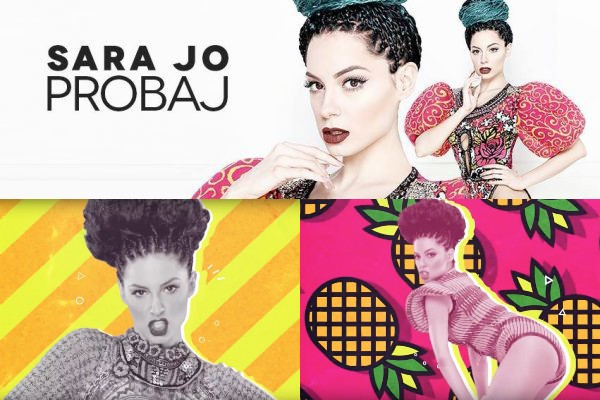 esc84
When Sergey announced that he would be Russian representative I know he prepared amazing show. I waited for song presentation. 5 th March I saw his video first time and I thought he would be winner. Sergey won in televote so my intuition is so good:)

Voting in this year was very exciting. I hoped Sergey won but didn`t. Even interview with Sergey made my day. I miss for Eurovision`s atmosphere;)

1. Czech Republic qualifying for their first ever final (such a shame SVT gave them position 02 in the final).
2. Austria’s enchanting staging – best use of the 2016 stage for me.
3. Diaspora isn’t everything! When Greece and Bosnia-Herzegovina failed to qualify for the first time.
4. Belgium’s semi-final performance; came out of nowhere and blew me away!
5. Love love, peace peace.
6. The exciting voting presentation in the final.
7. Bulgaria placing 4th and Belgium 10th in the final.

Thank you for your effort, wiwi! I loved wiwi’s team work, swedish quality and extras. My favourite crush moments were Iceland non-qualification, Amir’s not-so-good performance (as he was one of my favourites to win), croatian weirdness (I preferred to close my eyes and just listen to the song) and the fact that a lot of performers got team at their backs who ignorred visual effects at the scene (hello, estonian team ;( ). I loved results of Bulgaria and Ukraine (was voting for both) and exciting voting system which revealed again the fact that juries system should be reworked and… Read more »

My favorite was Hovi star performance in semi final 2 it was amazing, and ofcourse hovi star interviews/ press conferences it was the most funny one’s..

@esc84
Same! I watched an Eurovision only because of him! 😀
Also it was interesting to me to watch the relations between him and William)))

When Verka announced points from Ukrainian juries lol That was something

When televote results were announced. I love this voting system!

I loved the voting system! I loved when Ukraine won! 😀

When Sergey is announced as Russian representative. I hate the voting system this year very much.

Every interview with Francesca. Such cuteness overload!

My favorite moment is, twelve points of Italy go to… Spain.

I thought exactly the same!

The speculation as to how the ESC was going to present the scoring; only to find out, as many suspected here, that it was presented the way MF and UMK present their scores. When Ukraine ended up 2nd in the televote, I thought for a minute that Russia would win, completely forgetting that Sergey needed 405 televote points to pass Jamala.

Ukraine winning at the last minute, Australia getting crashed in the televote (take that EBU), Zoe’s performance and how she managed to defy all the pundits who had written her off! And the “Peace, peace, love, love” song. Those were my favourite moments!

Everything with Mans and Petra ofc. They where the superstars of this year (and Mans last). They where magnifient !!

And another moment that I love is when Bulgaria qualified and when I realized that they were in the top 5! Yassssssss!

It was great to see Czech Republic qualifying to final for the first time and Bulgaria for the second time. I was so happy for them 🙂

Thank you wiwibloggs for your brilliant job! Kee up the good work!

My favourite moments were when Israel and Czech Republic made it to the finals and of course when Ukraine won.

Also thanks for the great job, guys. 🙂

A lot of you wiwibloggers are so damn good looking 😛 just saying.

My favorite moments were when Poland and Sweden made the top 10, and therefore proved all the fans wrong. Poland made the wrong choice in their NF and If I Were Sorry is a horrible song, they said. Lets remember this lesson for Ukraine 2016, shall we.

My favorite moments were when Ukraine won (I always love it when we have a surprise winner+I love “1944”!) and of course when Czech Republic and Croatia qualified! I screamed so much this year! 😀

Thank you for the wonderful show, SVT!

And of course thank you so much, wiwibloggs! Go, guys! 🙂

Love this! Great to see how you guys experienced things behind the scenes!