Here we are again in my woman cave (it’s a metaphor!) and it’s time to bombard y’all with my opinion of the hottest guys who graced the Eurovision stage this year.

There was plenty to choose from. The Eurovision Song Contest 2016 was a friggin’ smörgåsbord of good looking and charming men, who time and time again completely took my breath away! As always, I’m definitely not on the same page as the majority of you gorgeous readers, but I urge you to remember the wise words of miss Bojana Stamenov from last year: “Finally I can say, yes, I’m different and it’s okay”. But, whatever — let’s start the countdown.

For the second year in a row, Estonia takes the fifth place by storm. This time its Stig Rasta’s protége Juri who holds the torch. That boy’s voice is just too much to handle for me at times! Deep and sexy. How he just works it. Oh, those eyes! He is just so down to earth, alluring and charming. Take a lesson, guys and girls. Being nice, humble and polite will get you a long way. And Juri is all that, and more. I desperately want to see him back to ESC. Please come back, Jüri. Pretty please? I promise I won’t stalk you… much.

Hah! Bet you didn’t see that one coming, did you? Well, here he is. The sexiest rapper of the Balkans. So aggressive and angry. And so uncontrollably hot! He totally got me when he burst on to the stage and just rapped with such feeling. Some say that rap doesn’t belong in Eurovision. I call b******t on that! Rap belongs in Eurovision, especially if it’s in Bosnian and performed by Jala. Like, all the time. Always. More Jala. Never enough of Jala. He’s a Slavic hunk of a man. True story.

My first reaction when I heard and saw what France was offering this year was pretty much sacré bleu! Where have you been all my life, monsieur Amir? Good Lord. Amir made hearts across Europe, Australia, China and America beat just a little faster than usual with his charming and cheeky appearance. His smile, his eyes, his personality — everything about Amir is close to perfect, really. But not in the way that it becomes just flat out annoying and you struggle to find a flaw just so you can sleep at night, but more like: “Sigh, I’d like to clone you, s’il vous plait”. Oh, Amir…

This scruffy looking, Georgian indie rocker completely took  my breath away from the very beginning. Woof! Do I long to be his Midnight Gold? Yes. Did I, along with two other female wiwibloggers, form an unofficial hashtag called #nikacheers? Oh yeah, and I’m proud to say that we are still going strong. Would I marry him in an instant and let him take cigarettes out of my bag, whenever he likes? You betcha! Do I sound just a little bit crazy and stalkerish right now? Probably, but I don’t care. It’s just what Nika does to me.

OH… MY… EFFING… GOD! There should be laws against such raw sexuality that Francois Micheletto oozes of! I became pregnant like 17 times just during Minus One’s first rehearsal. The rest of the Eurovision week is sort of in a haze of a mixture between swooning and giggling like a moron, every time I ran into him. I never spoke a word to him though — way too busy forcing myself to simply stand upright and not melt into some formless pile of bumbling idiot. A strong, independent and mature woman alert, y’all! Pfff! As if. Okay, I’m going to cut down on the coffee now.

What do you think? Which guys took your breath away at Eurovision 2016? Share your own top five below!

Anything goes! Ask us your questions live on wiwiscope 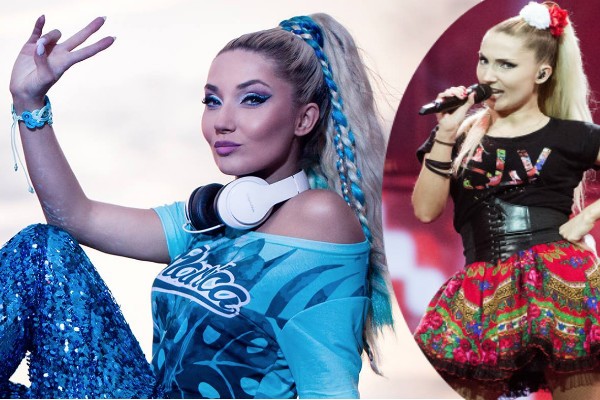 Hot night in Warsaw! CLEO and her Slavic Girls hit the club for “N.O.C.” music video

Couldn’t have said it better myself! Francois is the sexiest man I’ve seen in my entire life… Glad having finally found the same way of thinking ;). And what’s even more sexy is his whole personality, including intelligence, charme and individuality. Embodiment of a real man… :*

Agree with Francois. By just looking at him, I think s**. Rough type of man 😛

i have no words on this article.

In my opinion the hottest man is Sergey Lazarev. He has a beautiful eyes, wonderful smile and fit body:)

My personal guys of choice would be Juri and Douwe Bob. I do find appeal in others listed too. This list proves that tastes are different and that some people prefer slimmer or heavier or just less model-looking types and that is great. Long live the diversity 😉

where is sergey and douwe on this sexy list? 😀

Finally some appreciation for guys other than Freddie and Sergey. I agree with many of these. Specially Jala, so underrated, it was a surprise indeed.

Nice to read a straight girl’s view on male handsomeness and how it differs from gay stereostypes.

@Maclaren
I am a straight woman as well and I absolutely agree with you but for one point: my fifth point goes to Amir=))

1. Freddie – hot but lakcs personality which is why he gets overlooked.
2. Sergey Lazarev – Enough said.
3. One of the guys from Denmark – can’t remember his name and too early to look it up
4. Donny
5. Amir

So I am a straight woman and I find Sergey absolutely gorgeous and super smoking hot. He would take four out of five top places for me and the fifth would probably go to Donny ( his adorable child resembles my sweet toddler). Excluding Amir, the rest of the guys listed in the article would make me shiver should I bump into them at night. However the beauty is in the eye of a beholder

What makes Amir hot for me is not just his looks, but his genuine charm. He always seems to draw me in every time I watch a video of him or hear one of his songs

this post is so inaccurate and offensive WHERE is serhat??????????

At my Eurovision party all the women only had eyes for Freddie (and the guys too!). My bf liked Francois, he rather likes that type.

Please do a top 5 hottest women, not all of us are gay or women!

Amir – yesss!
All the rest seem to be some random choice.

I’d give you Amir. The rest are questionable

Great choice, normal choice for girl, these are guys, who are sexy for every women. If I see, who is hot for “male” ESC fans, I am laughing every time – gays, trans, weird persons… Believe me, Lazarev is really not hot for women, only for his gay fans.

Can I just say I disagree with all of them? Jüri, Jala and Nika must be in my bottom 3…

Sergey, Freddie, the dancer for Greece, Joe, and the hot guy from Denmark that isn’t the blonde one the gay one are probably my top 5!!

I like your choices. These guys are REAL MEN!
(Expect Juri is a sexy young gentleman)

Ha ha you can tell none of the lads wrote this article…..another Eurovision award Sergey didn’t win

Where is Sergey?
Where is Donny?
Justs???

WHERE THE HELL IS FREDDIE. FFS He’s sex on legs.

You have some strange preferences.

Um…that Estonian guy was creepy and about as far from sexy as any human could be. Some very odd choices there, but, each to their own…Sergey will always be my only one of eurovision 2016.

Girl I am praying that your blindness will be cured