Jamala has been putting in the miles since Eurovision, and now she’s got a sponsor to help fuel her journey.

After her victory in the contest, marketers from different Ukrainian companies seek to benefit from her glow, calling on her to become the face of their company or a part of their various ad campaigns. Now we have the result of one of these collaborations, as Jamala has appeared in a new commercial for WOG, launched a few days ago.

WOG operates a national chain of gasoline stations and convenience stores in Ukraine. It’s the leading brand of gas station in Ukraine, and was the first national gas station chain in the country. They’re on top and so is she!

The commercial sees Jamala buying some coffee from the store, whilst a little boy wants to refuel his toy car. Ever the hero, Jamala steps in and helps him — the message being that WOG not only fuels cars, but also a “good mood”.

Her 2013 track “Why is That” plays in the background of the commercial:

We’ve seen other winners sign contracts with companies as models and actors, and take on hosting roles during TV shows. This is certainly one way for Jamala to branch out post-ESC.

Of course, the 2016 winner has been busy all over Europe since Eurovision. Make sure to check out our interview with her from her gig last weekend in London. She talks about her beloved gay fans and dishes on where she wants Eurovision 2017 to take place.

What else do you think Jamala could be advertising? Let us know some of your ideas in the comments section below! 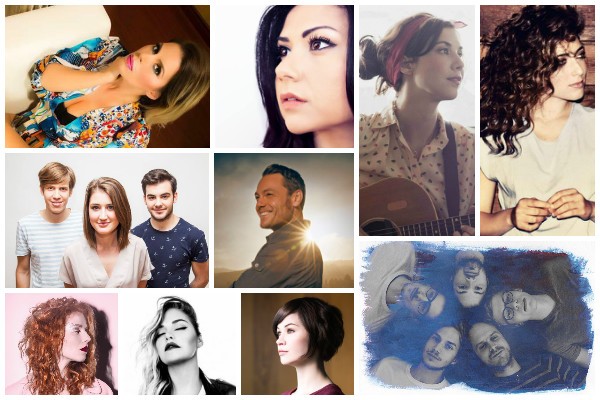 Jamala is the first Crimean Tatar to perform at the contest and her song caused controversy because of alleged political overtones.

They are selling Russian gas 😀

I’m from Ukraine, and I dare say indeed food at the gas stores, particulary at WOG, is yammy) & Jamala is fabulous 🙂

I’m sorry but that hotdog like thing at the end, actually looked yummy. Do gas stores in Ukraine also have amazing food?