Odessa and Dnipro shouldn’t be celebrating just yet, it seems. Ukrainian broadcaster NTU say Kyiv is still in the running for the chance to be the Eurovision 2017 host city. This comes after we reported earlier today on comments made by a Ukrainian MP that Kyiv had been deemed incapable of hosting the contest by the decision committee.

In a statement, Alexander Harebin, the deputy general of NTU, has said that all three cities left in the race — Kyiv, Odessa and Dnipro — are still valid choices. Mr. Harebin also accused the MP, Borislav Bereza, of putting out false information about the city’s infrastructure and capabilities of hosting the contest. The NTU statement also points out that Kyiv’s only issue is the same that is causing trouble with the other bids: namely, there is no completed suitable arena in any.

NTU still have not confirmed when the host city decision will be made, after the initial postponement. The selection committee has been appraising the re-submitted bids by the three remaining cities. It was through this that it was believed that Kyiv had been eliminated.

As we noted earlier, Mr. Bereza was indeed the losing candidate in the Kyiv Mayoral election. His statement claiming that Kyiv was out of the running also had some barbed comments towards the man who defeated him (and current Mayor of Kyiv), Vitali Klitschko. It seems that Mr. Bereza’s sources on this matter weren’t quite so accurate, and there were no political points to be scored after all. Or there may be some truth to this still and NTU just aren’t in a position to actually announce the real winner, but want to spare Kyiv’s blushes.

Are you glad to hear that Kyiv still has a chance to host Eurovision 2017? Or do you think this is NTU simply saving face ahead of the actual announcement? Let us know in the comments section below! 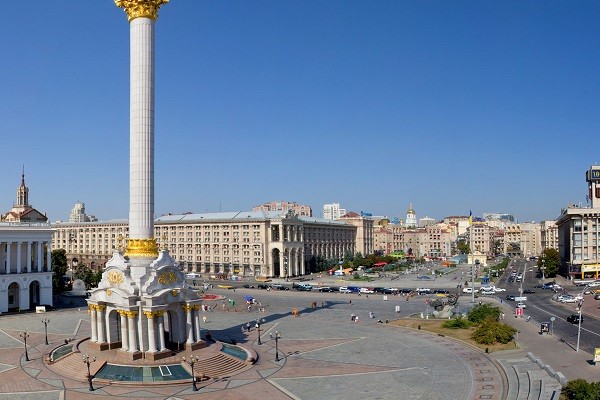 Host city: Ukrainian MP says Kyiv out of the running for 2017 Lucky 13! Cyprus back for Junior Eurovision 2016 Ukraine: Khayat, David Axelrod and Tvorchi qualify from the second semi-final of Vidbir 2020 The EBU has to stop believing its own hype and choose a realistic venue. You don’t have to have a giant arena and spend an obscene amount of money every year. Especially with three shows to fill – are the semi-finals really going to be full to capacity? As Douwe Bob, might say “get real”!

I just noticed the following on Wikipedia:
-> “The venue must be covered with a capacity of at least 7,000 but ideally up to 10,000 attendees.”

Wasn’t it always “at least 10,000 attendees”? If yes, was this new rule adjusted for Dnipro?

There are certainly countries not big enough to hold Eurovision. Malta for example, struggles to find a venue big enough for Junior Eurovision. The one they found this year is only bigger than my school hall by about 250 people.

Wow. You know this is all kind of worrying – what if a country not as big or rich wins the Eurovision that does not have the facilities on offer like Kiev or Odessa? Are we getting a bit too big for our boots or greedy in our choice? Certainly it feels the country feels under pressure – it shouldn’t be like that! I’m sure that the Ukraine is a lot more able than some other countries – should this mean countries with the facilities need only participate? I say chill out and relax a little and work on something… Read more »

Why does everyone here hate Dnipro????? It’s the best choice for the contest! The roof over Chornomorets will only be a loose of money, as it will be taken down after the contest! And everyone does remember how the things went with B&H Hallerne after ESC 2014…

I don’t want to see such a waist of money again!

The arena in Dnipro will at least be left in new good shape after the contest!

One of the fun things about Eurovision and related selections in Ukraine is that it’s always tangled in scandals and drama. It’s seems that the 2017 edition of the soap opera has started earlier than expected…

For me, it’s either Odessa or Kyiv that should win although chances are higher with Odessa as they are really committed to this whole thing and they’ve already decided to put an actual roof in their arena and not a tent as they earlier stated. As for Kyiv, the only issue is that their venue there would be more suitable for if they hosted the contest before 2010. They’d be good if they could pull a Sweden 2016 (because last year’s Eurovision was held in the same place where Sweden held it in 2000 and it’s smaller than the 2013… Read more »

i know they want to be “transparent” or whatever but this starts to get a little annoying. can somebody please just eenie meenie mo choosing the host city so that we can proceed towards something else now?

Dnipro is the only city with a good arena! The arena was before called “The ice palace of sports”. It was built already in 1980! So it isn’t a new project. I suppose that the arena got abandoned after the collapse of the soviet union (I don’t know I only guess), and have since fallen apart a little! So why build something new like the roof in Odessa, when you already have a suitable venue that only needs a little bit of renovation. And the best: After ESC 2017 Dnipro will have a “new” arena that will develop the region!… Read more »

I prefer Odessa but I’m sure that any of these three cities will do their to best to organize a very good contest.

Yay! As long as it’s not Dnipro, I’m happy. And also that Odessa don’t just put a tent on their stadium….