Eurofans are counting the days until NTU finally reveals the Eurovision 2017 host city later this month. And in recent days officials inside Ukraine’s Cabinet of Ministers have been busy counting euros and hryvnia as they decide their budget for the contest.

Well the counting is done. On August 8 the Ministry revealed it has allocated 450 million hryvnia, or around €15 million, to put on next year’s spectacle of song.

The director of the National Television Company of Ukraine Zurab Alasania said:

“The European Broadcasting Union, which holds the rights to this contest, has sent the financial guarantees already and [agreed to] the number of €15 million.”

In May, just days after Jamala’s victory at Eurovision 2016, Ukraine’s Ministry of Culture estimated that the contest would cost them at least 14.5 million euros to host, a figure similar to Stockholm’s budget for the event.

At that time — and speaking on a political talk show — Minister of Culture Yevhen Nyshchuk said that additional support was likely to come from elsewhere.

“These are usually sponsors’ funds from different media companies, sponsors. This happens almost every time,” he said.

He also sought to put people at ease over concerns about the expense and Ukraine’s ability to cover it.

“I had a working visit [to Sweden] at the invitation of the Swedish culture minister amid Eurovision in 2016, therefore I witnessed Jamala’s great victory. Prior to that, I met with media moguls who had been organizing that unbelievably high tech show. They said that in fact they were making money. People’s concerns and Ukrainian Finance Minister Oleksandr Danylyuk’s anxiety about earnings and expenditures are natural.” 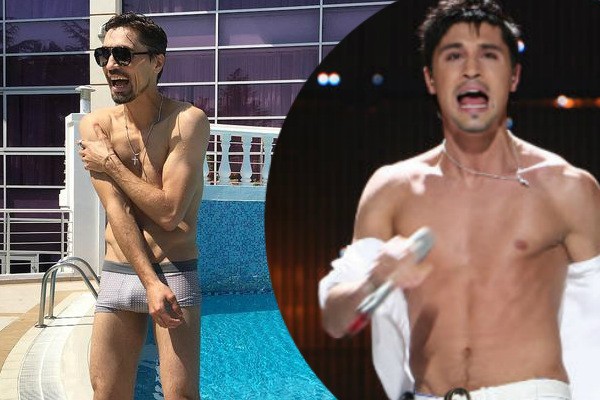 Eurovision will not ruin Ukraine`s budget, that is around 20 billions euros, don`t worry. 15 millions should be enough cause many organisation things will be much cheaper than in Stockholm.

No need for Big 5 then, right? Gosh I hope UK competes in semis instead. Its so embarassing to see Brits always perform below expectations. I think its the automatic qualification that’s aways hurting the Brits chances…

Well, I just hope they will deliver a better stage than in 2016(my faves are in 2014 and 2015), so they need to step it up. But, I belive that Ukraine can and will deliver a good show, I mean the contest is about the songs, so if the hosts won’t be as good as Petra and Måns, It doesn’t really matter that much…

Either way, they won’t be ables to top this year’s production. It was flawless

I hope it will not end up like Brazil Olympic

@Alex
Poor Ukraine… How pathetic… They have been spending money on massacring Donbass people. 15,000 have been killed so far. They could spend the money on pensions. 2 million old people are exposed to undernutrition.

Hello Geo,
According to sources, Sweden spent about €15 million on Eurovision 2016.

The past 3 years have been terrible for the Ukrainian economy and now this to pay for ..

What was the budget for Eurovision 2016?

Poor Ukraine, if only they had given that amount of money to people by creating new jobs and facilities.