The nominees for Kristallen — Sweden’s prestigious annual television awards — have been announced and Eurovision 2016 is well represented. The show itself is nominated for Entertainment Programme of the Year, while the show’s co-host Måns Zelmerlöw has a nomination for Male Presenter of the Year. But there’s no sign of the other Eurovision host, Petra Mede. What’s going on?

As it happens, SVT’s nomination for Female Presenter went to Gina Dirawi, who did an amazing job hosting both Melodifestivalen 2016 and the Studio Eurovision pre-show. Anyone who can handle the realness of William and Deban on live television is more than worthy of a Kristallen nomination!

Sadly, there was only space for one nomination from broadcaster SVT in the Presenter categories, which means that Petra Mede missed out. The nominee was selected by an online vote from SVT’s audience.

And it looks like a case of history repeating. In 2013, Petra also missed out on a nomination for her impressive single-handed presentation of Eurovision 2013, with the SVT’s nomination and the eventual Kristallen win going to Gina.

But, perhaps to make it up to Petra, she returned to Kristallen 2014 as the host. Petra again demonstrated why she is one of Sweden’s most accomplished and best loved presenters and comediennes.

Måns Zelmerlöw was last nominated for a Kristallen in 2012, for his work hosting the popular singalong show Allsång på Skansen. With his entertaining and acclaimed work hosting Eurovision 2016 (not to mention his artistic shirt ripping), Måns is looking to be a hot favourite for the win.

Kristallen awards will be presented at a gala evening on 4 September. 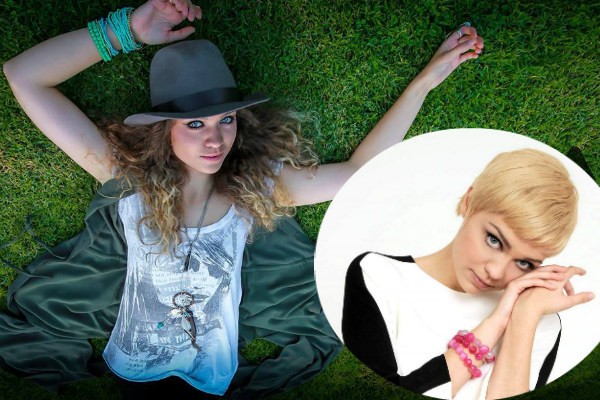 Aww, this is sad. They were such a team and deserved a nominated each. But I do recognize that Måns Zelmerlöw in fact did a “bigger” job – like running over to another arena, interviewing Justin Timberlake or doing 3 songs on his own. And always with that confident, strong voice… and a smile.

Mans is stuttering plenty of times in the contest. Nonetheless, he still deserves the nomination because of his hosting skills and obvious mass (and sex) appeal that I’m still having a hard time to fathom and adapt to.

Wait a second – in my opinion Mans was the robotic counterpart of hosts, not Petra. Just a litlle look to hid random greenroom interviews enough to tell it. I really haven’t enjoyed Mans Zelmerlow being a presenter.

I blame Petra’s tragic outfits for her snub.

Well … this is what you get when you show up naked on stage covered by a plush wolf in the front to please the massively LGBT audience attending the contest … you get a TV nomination … How hard is that to understand? Plus .. and on a less sarcastic note … Måns has proven over the years that he can be a very fine TV host besides the work we watched on this year’s ESC. Petra knows how to bring humor to her hosting duties but that’s because she’s a comedian and probably would not fit to host… Read more »

I love Petra but really wanted to see Gina host ESC. Mind you I think Petra and Måns did a perfect job st hosting and l if Sweden wins again in the next few years, I hope Tina will host esc cause she’s amazing

Petra was amazing (but so was Måns) – I wish we had presenters in the UK that are as versatile as these 2.

Gina deserves the nomination. Go girl!
And after all it was the public’s decision.

Petra didn’t didn’t deserve a nomination because she didn’t even bother to learn her lines. Måns put much more effort into it than she did. It looked like she was just going through the motions.

Petra is overrated. Mans did a better job than the wooden, script reading hostess who is full of herself. The Jury calls were really awkward this year with her robotic monologuing.

Why Gina over Petra you ask? Cause Gina is more beloved than Petra, that’s why! Everyone loves her. What we call folkkär here in Sweden. She is a contender to win but going up against Berg & Meltzer who won last year and are really beloved too is a tough task. Plus they work for the channel that’s broadcasting the whole thing, and usually the host channel gets the important awards. As for Måns, that was a surprise I thought. Petra was much better. I doubt he will win since there are Hellenius & Filip & Fredrik there, both with… Read more »