“The Sports Palace is completely outdated, technically as well,” he told Espresso TV. “Kyiv has still been offering it, but this option was rejected. The Olympic stadium was also considered, as initially there were three proposals from their side. And now we’re looking at the IEC.”

That put Kyiv’s reserve venue — the International Exhibition Centre — squarely in the spotlight.

Officials at the International Exhibition Centre in #Kyiv have revealed the proposed layout for the arena should they host #eurovision2017. It would have a capacity between 10,000 and 11,000. Of these 5,000 would be seated places. #Eurovision #whowillhost

Fast-forward to Tuesday and organisers revealed the venue layout, which can hold up to 11,000 spectators and includes 5,000 seated positions. The standing-only floor concept was previously utilised inside Vienna’s Stadthalle at Eurovision 2015.

It should be noted that this is not the actual stage design.

As with every Eurovision, the particulars of the stage will come at a much later date — after the host city and venue have been decided.

On August 23 Kyiv's Department of Tourism said that the International Exhibition Centre is the only venue that meets the technical requirements to host Eurovision 2017. Officials plan to merge two of its exhibition halls into a single venue if it is chosen. #Eurovision #eurovision2017

Now, in an interview Hromadske, the head of Kyiv’s Department of Tourism has said that the IEC is the only venue that meets the EBU’s  technical requirements to host the event.

Giving reporters a tour of the venue, Anton Taranenko added that it’s the only venue still in the running that doesn’t require the (expensive and time-consuming) construction of a roof.

Besides traditional bus and taxi routes, city officials will make water taxis available to transport passengers between the venue and central Kyiv.

Shuttle buses will transport visitors from the venue to Euroclub at the Congress Exhibition Centre Parkovy (an exhibition centre along the Dnieper). Eurovillage will be located in the picturesque Sofiyskaya Square or Mikhailivska Square. 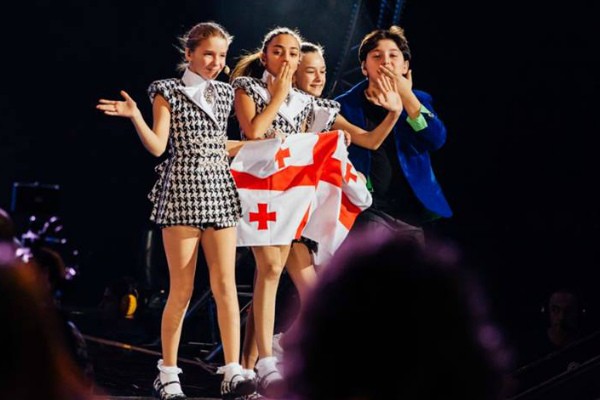 Robyn, you’re right – it has its pros and cons. In theory, I guess it’s a good idea – but the decorum of some of the audience sometimes leaves a little to be desired, in my humble opinion. I know they’re only out for a good time, but to see them jeering and yelling with glasses of neon alcohol and holding up their cellphones to film, getting in the way of well-planned camera shots etc. etc. That’s the part I don’t like. Not to mention you see the same faces every year in the crowd, and I personally think the… Read more »

@Azaad I think either Amsterdam or London will host the competition. IMF is refusing to credit Ukraine.

weren’t we supposed to know the host city yesterday?

max the king of fun

So the Deputy Director of NTU lied to us, they said the host city would be revealed on Independence Day, August 24th 2016, it’s now the 25th

They haven’t revealed it yet and it kid now 0:02 on the 25th in Ukraine

And yeah, that was funny indeed! 😀

I hate standing space. I realize it suits the the boozy party-ers in the crowd, but it looks terrible on TV. I miss the high class of the tuxedo olden days.

2 ms it’s not far from the city. actually it’s just on the other bank of the river which divides kyiv into two parts. you can easily get there by subway and klychko says there will be river trams too. 2 MrBrightside despite being a big city dnipro drastically needs good hotels and infrastructure in the whole. i can assert it as i’m often on business trips in dnipro. as well it needs refurbishment, decent concert halls and theatres and so on but that’s not related to eurovision. i hope filatov will improve the situation with years. nowadays, in my… Read more »

I guess scene and technic possibilities are more important for nice staging than arena or city. Well, 2015 had little scene, but it was really beatitful. I’m living in Kyiv and I hope for lovely venue <3

First: thank god! The palace of sports could no longer compete with the scale of Eurovision now compared to 2005.
Secondly: this is a more practical solution, but the metal beams would probably need seeing to so that camera cranes can operate correctly

It looks far from the city.

It’s not beautiful around the center of exhibition.

Nah the ceiling is too low.

The only obstacle for visual quality is a bit low roof but it’s solvable. Still, do Odessa! 🙂

When are they going to decide on the host city? It’s getting tiring…

@The ones below about the columns – Baku had them, Copenhagen had them (yes, they did – watch the show again, the giant screens on both sides, while the roller camera was shooting from the far-est place), so there’s no problem for that.

@John
One of the venues proposed in 2014 had columns and it was rejected for that reason. Baku Chrystal Hall doesn’t have columns inside it. If the columns are where the seats and/or stage are, the venue can’t host Eurovision. That’s the EBU’s rules.

Ariso Light, Baku Craystal Hall also had columns, the same about a project on roof construction over Odesas’ stadium. It has never been considered as a problem.

It has columns. Columns are not allowed.

Small city? Dnipro has almost 1 million citizens. The only larger cities in Ukraine are Kyiv and Kharkiv. Everybody hyped about Lviv but the truth is that Lviv is even smaller than Dnipro. 😉

@Erik in Dnipro it’s a much smaller Venue in a much smaller city that probably doesn’t even have enough hotels to host such event. There’s no reason to bring the Eurovision there.

“Giving reporters a tour of the venue, Anton Taranenko added that it’s the only venue still in the running that doesn’t require the (expensive and time-consuming) construction of a roof.”

The venue in Dnipro has already a roof, and it has seats too! Stop lying Kiev!!!

Yeah it’s ugly but it’s spacious (and the cheapest solution). Reminds me of the Copenhagen hangar. If they manage to light it properly, nobody will notice the ugliness around. I say they should go with it rather than covering stadiums/renovating old arenas.

OK, this is the fairest and cheapest option plus the venue has all the added needed places like for press and changing rooms and technical organization. Ukraine, you can go with this. Nobody will say anything (except some gay dramas around 😛 ).