Summer’s gone, autumn’s come, which means that the Eurovision season is officially here — and also The Voice of Russia (aka Golos). The first episode aired on Friday and it brought plenty of familiar faces. Dina Garipova, Dina Bilan and Polina Gagarina opened the show — and you really need to watch it.

The number was accompanied by flashbacks to happy moments from previous seasons, making viewers feel nostalgic and excited about what’s to come.

Dina Garipova, the first-ever winner of The Voice of Russia, stepped into the medley fourth — making the most of the anticipation. Their voices blended nicely — perhaps because three of them (all but Fotiy) come from the same mentor Alexander Gradskiy.

The next performance brought more energy and tons of drive as all the mentors took the stage to sing “Gimme All Your Lovin'”. And yes — this is where Dima Bilan and Polina Gagarina could shine.

The Eurovision alums will both sit in rotating seats with magical red buttons this season. They have tough competition — Grigoriy Leps, who produced the winner of the last season, and Leonid Agutin fill the other two chairs.

As for now we’re wishing all of the mentors good luck and are very excited to follow their teams in the coming months. Maybe this year’s winner will get a chance to represent Russia at Eurovision as happened with Dina Garipova back in 2013?

What do you think of the opening acts of the show? Are you going to follow the series? Let us know in the comments below! 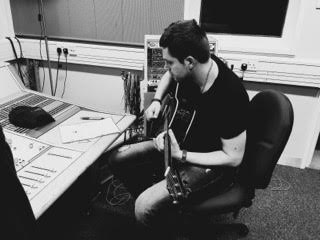 Dima Bilan has become Dina Bilan? Is it a spelling mistake or has he changed his orientation? Lol

Doma nil an has become Dina Bilan? Is it a spelling mistake or has he changed his orientation? Lol

I still can’t take Bilan seriously … I just can’t …. but Polina on the other hand is definitively a force of nature to be reckon with .. that voice is the best one ever to grace Russia in Eurovision amidst all controversies and LGBT/Politics drama going on .. she was remarkable as a singer and had a remarkable song.

By the way one of the mentors – Leonid Agutin, sang in duo with Thomas N’Evergreen (Denmark 2010) a lot of years ago. https://www.youtube.com/watch?v=iK_U0V0wvaQ

Not all of the winner are Gradsky’s tho, Fotiy is Leps’ contestant, i think?