In August, Cyprus confirmed its return to Junior Eurovision after sitting out of the 2015 edition in Bulgaria.

And on September 5 Sophia Patsalides — the country’s last JESC participant — reminded Europe that the tiny island harbours some very big talent, as she released her stunning cover of LP’s “Lost On You”.

As with her earlier covers — including Ariana Grande’s “Into You” — Miss Patsalides has produced a stripped-back version of the original, relying solely on the piano and her stunning voice while recording at the Soundscape Studios in Cyprus.

Sophia covers Adele’s “Lost On You”

Mrs. Laura Pergolizzi, aka LP, rose to fame with the track, which topped the charts in Greece and Israel, and cracked the Top 10 in France, Poland and Italy.

So the bar was high to say the least when Sophia decided to give it a try.

And yet her piano-only performance really brings the drama and her vocals give us major feels. This is called taking ownership of a song. Cue the goosebumps!

Sophia covers Adele’s “All I Ask”

Sophia released this cover back in August, proving she’s got the confidence and the skill to tackle the British diva of the moment.

The music is really powerful on its own — but it never overpowers young Sophia, who seems to pour her heart and soul into the music.

Now we love Adele, but it almost seems like this song was written for the Cypriot teenager.

Sophia, who sang “I pio omorfi mera” at Junior Eurovision 2014, still holds the highest-ever Wiwi Jury score for either Junior Eurovision or the adult Eurovision. And somehow it seems she’s managed to improve since then, which blows our mind.

Sophia turns 16 — the minimum age to participate in Eurovision — this December. That’s just in time for Eurovision 2017 in Kyiv, which gives us hope that she might soon find herself on a plane to Ukraine…

So what do you think? Do you want to see Sophia at ESC in the future? Let us know in the comments section below…

Check out all of our new music coverage 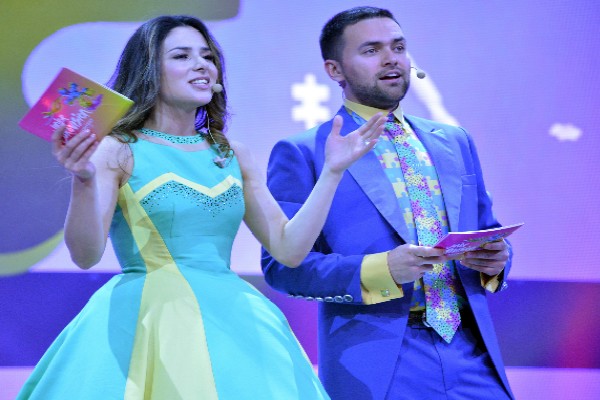 Eurovision 2017 in Ukraine: Who should host the contest?

Dear George Vasileiadis, don’t you think that LP’s “Lost on you” seems to be a plagiary of the song by Alexander Rybak, Fairytale? I’m asking you bacause of your bio…

@ Polegend Godgarina, it’s true that Polina releasing a new album might be bigger news than Sophia making some covers. Then again, Polina’s album will be listened to by millions of people even if wiwibloggs doesn’t write an article about it. Sophia isn’t as big of a star as Polina (yet ????), so I think it’s good wiwibloggs is writing about her covers, she definitely is an amazingly talented singer and more people should listen to her beautiful voice!

I meant to say I would choose Sophia over Polina… Sophia is way more interesting and classy:-)

She is good. I would Sophia over Polina anytime:-)

@Polegend Godgarina
Some of the album reviews get delayed by months. Hopefully this one will be up soon though…

Okay very interesting and cool but not y’all making articles about someone who placed in the right hand side of the leaderboard at the JESC singing covers rather than writing about Polina Gagarina’s new album ‘9’ which has been #1 on the Russian iTunes ever since its release!

Oh i can only hope she can go!-