Another country joins the party in Kyiv! National broadcaster MRT has confirmed that FYR Macedonia will take part in the Eurovision Song Contest 2017.

The land of Kaliopi isn’t having the best luck of late, as they haven’t qualified to the final in the last four editions. As for 2017, the broadcaster has not determined whether they will choose their contestant through an internal selection or through a televised final à la Skopje Fest.

Despite Kaliopi giving a heartfelt performance of her anthemic yet old-fashioned ballad “Dona” at Eurovision 2016, she fell short of votes and ended 11th in her semifinal with just 82 points. Ouch.

That was the fourth time in a row that Skopje hadn’t qualified for the final, ever since Kaliopi herself rocked the stage in Baku in 2012 with her song “Crno i belo”.

Following Kaliopi’s 12th place, FYR Macedonia has tried several formulas which have proven to be unsuccessful. In 2013 they paired a young star of the Macedonian music scene with an ageing diva, and in 2014 they sent one of their biggest stars with a party anthem whose lyrics made little sense.

In 2015 they sent their X Factor winner to Vienna backed by Backstreet, and finally Kaliopi returned. None of these acts qualified. Nevertheless, MRT ain’t stepping back, and the country will take part again next year.

Back in 2005 — the last time that Kyiv hosted Eurovision — FYR Macedonia qualified to the final and achieved a modest result — and secured their first Barbara Dex Award. That was thanks to Martin Vucic’s happy-clappy act and his horrible jacket.

In any event, MRT is yet to announce their selection method. In recent years, they’ve gone for an internal selection, except for 2015, when Daniel Kajmakoski won the ticket after rocking Skopje Fest with the Macedonian version of “Autumn Leaves”.

Daniel himself has claimed that he wants to come back to Eurovision. Maybe 2017 is his time to take revenge? Only time will tell.

Meanwhile, who do you want to see singing for FYR Macedonia next year? Will they qualify to the final? Did they deserve to qualify these last years? Tell us in the comments below! 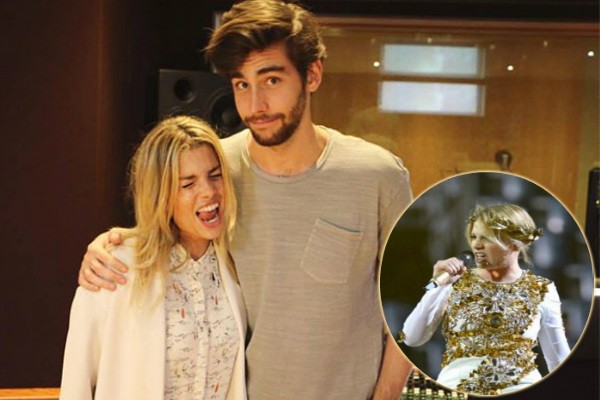 Ok I will stop this because you are not greek and you dont know what really happen….
I dont have any problem with this country but I dont like their believes and their intentions

They should send Kaliopi again, I wouldn’t mind seeing her take part every year. After all, she is the only decent singer this country has sent to the Eurovision (apart from Tose Proeski, of course).

LUIS FUSTER – The name of the country is MACEDONIA, if you didn’t know Skopje is capital city of Republic of Macedonia. Kaliopi didn’t represent only one city at Eurovision, but the whole country Macedonia.

@(J)ESC Fanatic I was ironic! lmao (Plus I was speakin’ generally, not specifically about you. I know some greeks and all of them say Macedonia is part of Greece.) They aren’t saying that. Not all. I have friends from many balkan countries, FYR Macedonia too and they say they just want to use that name. I mean it’s a name – who cares? (Even if we are caring for the Kosovo region of Shqipëri and not Srbija..because we ALL know Kosovo is OUR region. They now have even done this stupid play of them being a “indipendent country”../OT) If they… Read more »

Immaturity doesn’t lead you anywhere either 😉

Speak for yourself! My English accent is perfect!

And I totally respect Macedonians (okay, I will call them like that if you like!) and their country. I just don’t like the fact that most of them provoke us, Greeks. I wouldn’t have a problem if they said that their Macedonia is different from ours but trust me, they are actually trying to steal our identity!

@esc2016 please. You greeks are like a disc on repeat, all time sayin’ “HURR DURR IT KENT BI NEIMED REPUBLIKA MAKEDONIJA BIKOZ THER IS THE MACEDONIA REGION IN GREECE HURR DURR”. It just a name. If they wanted to name the country let’s say Republika Atena, or Republic Of Athens you would make this stupid discussion for a name? Stop with this hating against macedonians. We in Balkan have to be friend with each other. (Yes, even we albanians with serbs.)

(J)ESC Fanatic is very right!! and Im not going to continiue this Fanatic dumbass….

@MTD
Tell me the mistakes

@esc2016 FYR Macedonia is not trying to steal any greek city – or worse doing “propaganda” at ESC. They only want their country to be named Macedonia! What’s wrong with that? It’s not like you greeks have got the copyright. If so, will you do this for Macedonia-named towns? 🙂

Thank you for taking some sense to that dumbass. 🙂

Yeah and he do this very well….this is a propagand for taking foreigns cities….if you ask 10 fyromians(??) If macedonia (the greek one) is belong to them,9 will answer yes!!This is what every greek want to correct….Thats due to the propagand which start from esc and finish in their local books…so this is so long….

@(J)ESC Fanatic, you have always to talk about FYR Macedonia/Republika Makedonij’s name to feel fine? Poor! 🙁

“we would like to continue talking about the music this country,Macedonia, sends to ESC”.

You are actually the one who didn’t say a thing regarding their music. Irony…

I loved “Autumn Leaves” on recorded. Then Daniel hit the stage and… ouch. It was painful. Even Blackstreet- BLACKSTREET!- couldn’t save him. It just… bombed so catastrophically live.

If he can seriously improve on that, I’d love to see him back for another go-round. If not, there’s gotta be someone else. But its sad to see a good song ruined by such a lousy live performance.

I want either Lozano or Daniel to come back. They are so underrated and need to be exposed more in the contest.

Dear Greek readers, or young Greek readers of this blog – as us, the older ones put the name issue aside (and in 2006!), we would like to continue talking about the music this country, Macedonia, sends to ESC rather than your political comments which by no surprise are always started by you, Greeks. Well, not the older Greeks, as they are already fed up from the dispute, as well. So, please, off you go with the name question, lets bother with the fact that Macedonia is just there to use its 3 minutes and nothing much, which is a… Read more »

Its a stupid fight over a stupid thing.

Why doesn’t macedonia change it’s name to the indepent republic of NORTHERN macedonia. And greece to the greek Province of macedonia? Problem solved lol

I think the same.

Its sad to see ignorant people talking about this….
You dont have to comment something anyway…keep some of your (very wrong) opinions for your own!!

Know the difference….the country is Fyrom (former Yugoslav Republic of Macedonia)
Macedonia is a Greek periphery….

Kaliopi in 2012 really deserved top 10! It was (and is) one of my favourite eurovision songs

The history of Eastern Europe is neverending debate, and the truth is that they are not really friends, there are only couples of friends, but if all these many countries would be a big happy family that give each other 12 points in ESC, there would not be any other host than an eastern country. So political vote is not so powerful.

I’m actually surprised about this news, I thought they’d take a break after their consecutive unsuccessful attempts.
I hope they finally choose something big that actually deserves to qualify and will do so!

LMAO @ there being a trademark infringement issue for countries names.

I wonder if Greece gets pissy about the 15 towns in the USA named “Macedonia.”

Probably want them to be like CICOM: Current Iowan City of Macedonia

The question is rather, does it matter which version of the name we use? As long as we all know what it is referring to then unless you want to make a point then it should not matter. So rather than arguing about a name lets talk about more productive things. Like who we would want to represent Macedonia next year. My personal favourite would be Tamara.

Why do we need to keep demonising Australia? Israel isn’t European and neither is most of Turkey and Russia (at least geographically). Don’t be bitter that some countries perform better than others- it’s the nature of a competition.

I like to see in ESC many countreis like Australia, but in this case, make 3 semifinals, or more than 10 countries to qualify from the 2 semifinals.
You can’t increase the number of participants, without changing the rules of semifinals.
My opinion is that the final should have a number of 30 countries, and 3 semifinals (if you have the stage, then use it).

They would have qualified if Australia wasn’t in the semi final. I think that wasn’t fair. I think that the rule should be if Australia has enough votes to qualify then 11 countries in total should qualify – it would be fair otherwise there will always be a European nation missing in the qualification spot.

FYROM Macedonia is the official name for the country, used in documents and organisations such as EU, EBU and UN. So the site is correct by using it. That said, almost everyone calls the country Macedonia without the FYROM. I call it Macedonia too. But that’ more of general speak. Officially it is FYROM Macedonia and that should be used when referring to it. I do love Macedonia the country. Their entry 2016 was amazing. I also love all the conspiration theorists who were sure they would pull out due to not qualifying. As if.. A true champ never gives… Read more »

I think wiwibloggs is just writing FYR Macedonia, etc. to be politically correct and to not offend readers that are from countries that don’t recognise Macedonia as the name. Don’t get me wrong though, I call the country Macedonia myself. I think the authors are just trying to be respectful. 🙂

@esc1234 thank god they can do their propaganda for the name, eurovision is a good platform lol

i think they take part in order to say macedonia 5 times during the voting. nevermind

I just hope that they send something modern and fresh, that can make FYR Macedonia pass semifinals. Maybe Kaliopi at writing the lyrics, with a young singer..?

Remember Anja Vetterova from JESC 2010? She’s 17 now, so this means that she’s eligible for the adults’ Eurovision! 🙂

Great news! Although they tend not to do too well on the scoreboard, I always seem to enjoy the Macedonian entries.

I liked both parts of their 2013 entry but if you mix them the result is a confusing mess so they didn’t deserve to qualify. And in 2011 they sent a horrible song so I’m not surprised they didn’t make it…

It’s great that they are not giving up. I wish them better luck next year. 🙂

By the way, they deserved to qualify in 2010, 2014 and 2016. In 2012 they got what they deserved with a great act and in 2015 they had a very good song but the presentation was bad and there were too many amazing songs that year, so the result was predictable.

Cool B-) The more, the merrier!