At Eurovision 2010 she delighted the Portuguese fandom by qualifying for the Grand Final. But after that Filipa Azevedo dissappeared from the spotlight and fell into obscurity as a shopkeeper.

Thankfully her undying love for music lives on, as she proved during the Eurovision Live Concert in Setúbal in September.

As bubbly and vocally on point as ever, Miss Azevedo made it clear that Portugal needs to up its game at Eurovision, and suggested that opting for an internal selection — rather than the traditional Festival da Canção — may be the way to go.

She said: “I like the show, because it’s a thing they do for long years now, but probably they could choose a singer as well and send a beautiful song.”

In other words, no more public dramas, death threats, police investigations and potentially dated entries that come with the Festival.

Filipa, who was the only artist to get a standing ovation from the audience at the Eurovision Live Concert 2016, also spoke to us about competing on The Voice, where she was axed on the first live show.

She sang Adele’s “Hello” and the audience said “Goodbye.”

“I wasn’t expecting to be eliminated at the first live show, probably in the second. But that was OK for me. That was OK.”

A couple of weeks ago we were gagging on Filipa’s most recent collaboration with the band Darko — “September Issue”.

In the video we saw her oozing pain and plotting revenge, but Filipa was all smiles when discussing the subject with us in person.

“I’m a woman now. I’m not a little girl anymore. This song was not supposed to be in the album. He wanted a particular voice for that song. One day he remembered me, he called me and invited me to sing with him and I said of course. We did it and it’s beautiful,” she says.

Well take us to dark and alternative Lisbon huntie, because we are loving your new style!

What about YOU? How do you feel about the grown-up Filipa Azevedo? Let us know in the comments box below. 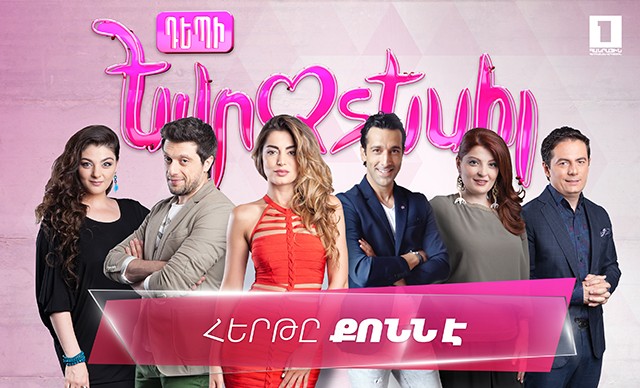 Armenia: Which Depi Evratesil judge had the best Eurovision performance? She must sing, not to be a shopkeeper. Don’t know what genre and language Portugal should send, but I hope will be in ESC 2017.
”September issue” sounds good.