As the confirmations keep coming, Georgia has confirmed that they are on board for Eurovision 2017. The Georgian Public Broadcaster has said yes to competing in Kyiv next year.

GPB has not revealed how they will select their act for 2017. Georgia’s act for Stockholm, Nika Kocharov and Young Georgian Lolitaz, was internally selected by the broadcaster. Their song was selected by public and jury vote, from a shortlist of five.

Georgia also has an ongoing relationship with the Swedish songwriter and producer Thomas G:son. He has been involved with cowriting or revamping three of Georgia’s previous four entries.

The Caucasus nation is known for its eclectic entries in Eurovision, from the extravagant cabaret of “I’m a Joker” to the hippy jazz of “Three Minutes to Earth” to the staunch pop of “Warrior”.

In 2016, indie rock band Nika Kocharov and Young Georgian Lolitaz performed their Britpop entry “Midnight Gold”, accompanied with thrilling, psychedelic staging. While not a typical Eurovision entry, it had its share of fans, including the UK jury who awarded Georgia 12 points in both the semi-final and grand final.

Georgia is also competing in Junior Eurovision 2016. Ten-year-old Mariam Mamadashvili is due to represent her country in Malta in November.

What do you think? How should Georgia select their act for 2017? Can they get their first Eurovision win? Share your thoughts below! 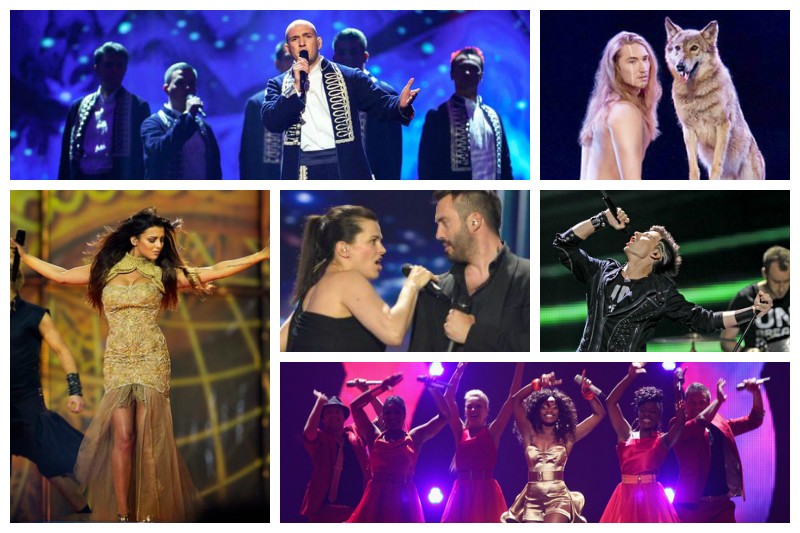 Power to the people! The definitive ranking of non-qualifying televote favourites – part 1 From the comments of the romanian broadcaster i suspected they are likely to withdraw????

@kris – Romania is apparently in. Don’t know about the other four.

the rpdr references are too much lmaooooo

Yas @ FSR Georgia! The poor hunties are always so underrated, like, they so deserved a top 3 finish in 2007, 2010 and 2013. “Visionary Dream” is such a timeless masterpiece, it sounds like it was snatched from Björk’s songwriting desk and it was performed perfectly. And how can we forget “I Don’t Wanna Put In”, the winner that got away? I’m still longing for a Georgian victory, especially now that Wizzair links Kutaisi to my city!

what are the chances for Moldova, San Marino ,serbia ,Slovakia and Romania to participate? Any idea

And BTW, I know rock and roll FEMALE fans and pop MALE fans. So shut up dude.

@YGL, don’t copy my sentences to say your stupid alternative music-fan sentences. .__.
I hate Midnight Gold A LOT, in my scoreboard it’s before only Sweden who is not even a song. .___.

No idea what you’re talking about

I love this country and its entries. Always. It’s one of my fave countries. They are not afraid to bring something different, no matter what the others will say. 🙂

@pollaski
Are you sarcastic? I really hope you are xD

The United States of America has a region called Georgia and its not fair they get to steal our culture and copy us.

I am very happy to hear about Georgia in 2017, and also I think that I understand some countries from central-east that used to send funny songs, but now they send serious songs. Georgia had sexy girl in 2015 (Nina Sublatti), Poland had SEXY girls in 2014 (Cleo & Donatan & co), Romania had sexy girls in 2009, 2012 (Balkan girls, Mandinga), but now, all these countries are sending serious acts and/or rock bands ( Nika Kocharov and Young Georgian Lolitaz (Georgia 2016) …. Michal Szpak / not sexy Margaret (Poland 2016) …. Voltaj (Romania 2015) …. Ovidiu Anton disqualified… Read more »

I hope they send a “Midnight Gold”-like song and not a “Warrior”-like song at Kiev. Men are watching Esc too and we dont like your childish sugar dolly songs, dear women.

Good news.
Btw. what happened with the Armenian DE preselection yesterday? I’ve watched it on their utube channel but.. it is in Armenian. They didn’t even care to make English subtitles. 🙁