They represented Turkey at Eurovision 2004 in Istanbul with the song “For Real“, sending a message of peace through ska rock.

And last week Athena proved they’ve still got the X Factor all these years later with the release of their new single “Ses Etme” (Don’t make a sound).

The visually arresting video tells the story of a Turkish drag queen and her day-to-day highs (party in the parking lot)  and lows (getting attacked in an alley). Yes, there are places where love is a crime….

When the video came out on October 4, the television council of Turkey (RTUK) banned it from TV, citing its rule that prohibits “sexually explicit” programming.

And the YouTube comments had to be de-activated because of all the unsavoury, anti-LGBT comments, proving just how sensitive and divisive the topic of the LGBT community remains in Turkey.

Gökhan Gökcek, the drag queen who stars in the video, is a friend of the group’s bassist Umut Arabaci.

She told GZONE that the video is worth all the drama it’s caused. She said:

“We didn’t want to make something simple. It is not esoteric. ‘Ses Etme’ is for everyone. We wanted to send a message and I think we did it. We filmed this video for homophobic families, and because of the violence and hate for LGBT people in Turkey.”

“Ses Etme” has recorded around 2.5 million views in the first ten days of release. It also set the record for the most views in a single day for any Turkish video on YouTube. 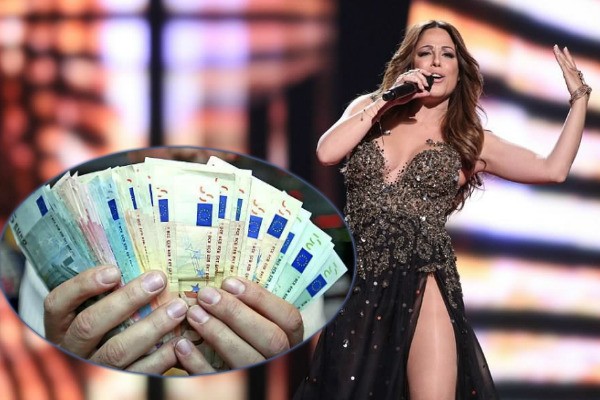 How do you start a website for a clothing company?

Btw – I hope Turkey returns to ESC soon. Even if it seems not so likely at the moment. One of my favourite ESC-countries, I am yet to really *dislike* any of their songs 🙂

@ Jr ESC NL Fair enough – I get your point of course 🙂 Discrimination against gays / lesbians shouldn’t happen. My point was more how sometimes certain fansites make such a big deal out of the “gay aspect” of the ESC fan community. Many male fans are gay – but also many are not. Many fans don’t relate to this focus, even if straight / gay fans usually are happy together in our community. What unites us is the love for ESC and the music. Not sexuality. And the title “for the homophobes….” seems rather strange. For me the… Read more »

@clyde
Because being gay is still a problem in countries like turkey and even in our capital Amsterdam muslims are trying to spread their hate against us. A few days ago a muslim Group had spreaded anti -gay leaflets through amsterdam which called for all religious people to undermine action together against gay people. The same day a gay couple was severely beaten up. So there’s still progress to do.

The song is quite cool. I don’t like drag in ESC, but I don’t mind it in this video clip.

As for the “gay thing” some people bring up – I don’t care 🙂 I don’t mind if people are gay. But why so much focus on it?

Very proud of Athena, and pleased it’s doing so well.

I long for the day Turkey returns to being the secular modern country Ataturk founded, and not the authoritarian islamist hell hole it has become.

I like the song. I like the video. I wish I understood Turkish but it works for me. As for it being banned it still surprises me how many places In the world still harbour fear and unacceptance.

Some people seem far too focused on the homophobic / gay thing…and I don’t see the relevance to this matter anyway Gays are of course OK for me. Not a fan if drag though. Which of course never makes anyone homophobic! Many gays don’t like it either. The important thing is the song. I personally love For Real. But this song sounded a bit disappointing to me. Too much electronica mixed into their indierock style. A bit monotomous. However, very nice to be able to hear a new song by them. Many of us liked their entry. So in that… Read more »

Anyone else feeling a kinda more psychadelic Queens of the Stone Age vibe here?

Anyways, nice song. Good video. You definitely feel the melancholic message being put across, and the story and message are portrayed well in the video. Good to see Athena’s still churning out music 12 years later. I loved “For Real”, and this shows they’ve really matured sound-wise.

Also, anyone who calls that video “sexually explicit” is a flipping idiot. The whole thing is PG at worst.