Producers have listened to all of the entries and are narrowing down the acts. And on Tuesday they announced that they will reveal those acts on 23 November.

They revealed the news by launching a large countdown lock on the UMK web site (which reads 28 days, 10 hours, 54 minutes and 25 seconds at the time of writing this article). Talk about precision!

Once again the land of Lordi and Krista Siegfrids will turn to UMK — the selection process that it introduced back in 2012. The show has given Finland a forty percent qualification rate — with Krista Siegfrids (2013) and Softengine (2014) making it to the final. The latter managed 11th place — Finland’s best showing since Lordi won it all in 2006.

There have been no notable rule changes to UMK. As ever the lead singer must be Finnish, or live in Finland permanently, as well as at least one songwriter.

There will still be a jury and a televote, but it’s not clear whether the jury will be made up of music professionals, or instead consist of a select few people from different walks of life. (A few years ago they had a taxi driver jury, remember?)

Wiwibloggs already has several artists in mind who we’d love to see compete. Among them is Niila. Writing in our Wednesday Wishlist we said:

While Finland’s national selection Uuden Musiikin Kilpailu (UMK) has gotten better every year, one problem remains — it’s mostly open for newcomers and the county’s biggest stars show no interest in taking part. Luckily there are some great new talents, and Niila is one of them. After supporting Sunrise Avenue on their German tour, Niila performed to huge audiences and his debut album was released in Germany through one of the country’s biggest record labels. Niila’s sound is very international and despite being slightly melancholic, his melodies are extremely catchy. After failing to qualify twice in a row, Niila might have that something to get Finland back in the final.

Saara Aalto has also confirmed that she is still interested in representing her homeland at Eurovision. But she’s obviously missed the cut-off date for this year’s contest.

Last year, Sandjha won UMK with her song “Sing It Away”, after winning the jury vote and placing third in the televote. Sadly, though, she failed to qualify for the final at Eurovision.

Who do you hope will compete in Finland’s UMK next year? Let us know in the comments below. Natalia, Verónica or Mireia: Will Spain pick an OT contestant for Eurovision 2017? 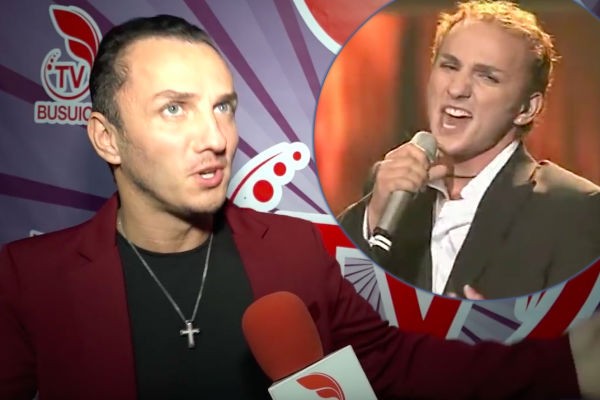 Return to Paradisio: Mihai wants to represent Moldova at Eurovision 2017

Alenn – How on earth can you call 2015 a JOKE act from Finland?? That’s really showing musical ignroance! <it was a GREAT punk rock song…pure quality.

Actually…Conchita Wurst was much more of a joke act! Or at least a freak show!

UMK has turned into a mess with that bizarre juries of bus drivers, asylum seekers, astronauts etc. And anyway, the Finns always seem to make the wrong choice, a joke act in 2015 and total mediocrity in 2016. If Saara Aalto is still interested in Eurovision, why not just ditch the whole preselection thing and pick her internally?

I hope they send a quality song in Finnish like Estonia did in 2012 with “Kuula”.

I just don’t know why they changed it for some super weird voting process.

The public jury thing isn’t that what the televote is for?

Why not just have 50/50 split but with music professionals as the jury.

The best NF / ESC country among the Nordics! 🙂 They often go for great, unsual and daring songs. I could never expect Sweden or Denmark to be brave, creative and interesting enough to pick a pure punk rock song for instance.

I hope for many rock songs 🙂 Finland usually have some great rock songs, ad it’s also a kind of music they master well. And sometimes do well in ESC eith. A lot of musical diversity in general.

isn’t this a bit early?
(also UMK without the three semifinals wouldn’t be UMK)

They always have some great songs in their nf. The problem is they never pick the best…

Another big UMK issue: they pick a big chunk of acts without checking if they can sing live. Many have shone, but many more fell from lackluster to horrible come the semifinal stage.

Can’t wait for the announcements. UMK is my favorite national final after Melodifestivalen.