The 2016 MTV European Music Awards were held on Sunday evening in Rotterdam. As well as some of the biggest international pop acts taking home the globe trophy, two Eurovision-related acts received honours for their country.

After eight Eurovision-related artists picked up EMA nominees, it was only French singer Amir and Polish national finalist Margaret who were respectively awarded Best French Act and Best Polish Act. But what made the victories even sweeter was that they are decided by a public vote in each country, a sign of their fan support.

After placing third on The Voice: la plus belle voix and releasing a few singles, Amir finally got his big breakthrough with “J’ai cherché”. As well as giving France its best Eurovision placing in 14 years, the song launched Amir’s pop career in France with great success.

Margaret won Best Polish Act in 2015, but 2016 has been an even bigger year for her. She arguably made more of an impact with her banging national final track “Cool Me Down” than some Eurovision contestants did. The club hit also kicked off her career in Sweden, and saw her win the OGAE Second Chance competition. The Polish popstress took to Facebook to thank her fans for the win.

CRAZY NEWS!?! We just won #MTVEMA2016 "Best Swedish Act" for the third time in a row! This is what we call a #FoooFamily hat trick! But on a serious note THANK YOU SO MUCH for believing in us and what we do. With this in our backpack we will work even harder and do whatever it takes to try to give back to all you guys that voted! Much love from your boys! Peace???

Swedish boy band The Fooo Conspiracy — who are strongly rumoured to be participating in Melodifestivalen 2017 — were voted Best Swedish Act for the third year in a row. The foursome shared their “crazy news” with fans on Instagram, giving thanks and promising to work harder.

The Fooo boys beat Zara Larsson in this category, but the pop diva went on to win Best New Act and Best International Artist, as well as performing a medley of her hits “Lush Life” and “Ain’t My Fault”.

And to be honest, with Laura Tesoro picking up the wiwibloggs Vision Music Award for Most Improved, we don’t think she’ll be too sad at missing out on an EMA. 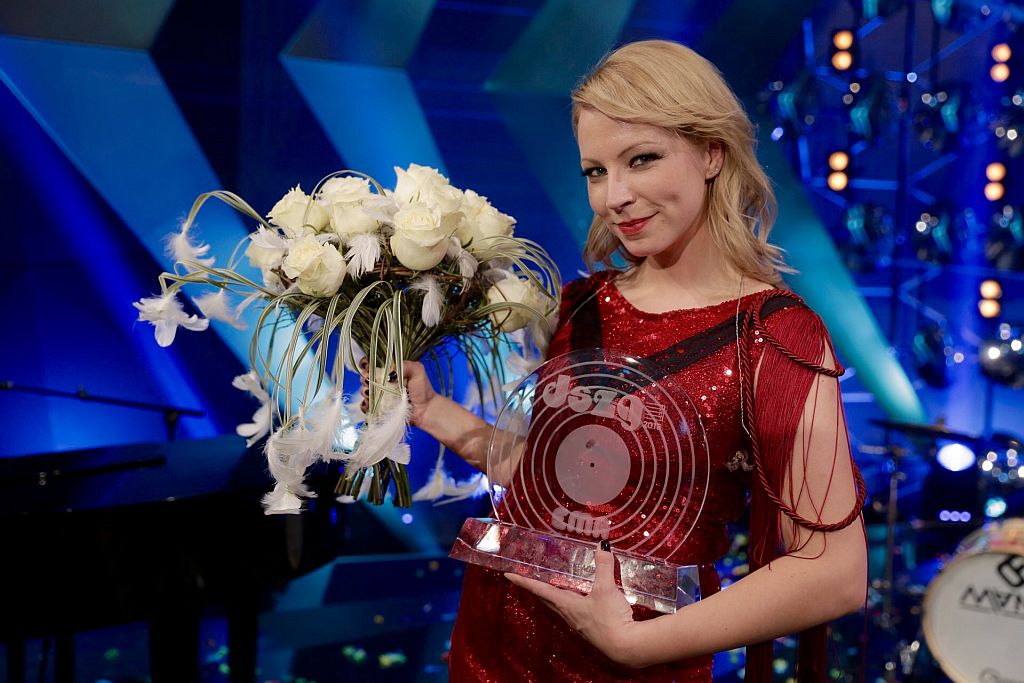 Here for you: Slovenia’s RTVSLO receives 90 applications for EMA 2017 Malgosia keeps winning. Kween. The EMAs are the most useless awards of all time though, they only nominate American artists (often not that well known in Europe) rather than European artists with smash hits. Do y’all remember when Taylor Swift swept the floor with awards in 2012 when virtually no one in Europe knew her?

Congrats to both!
Happy for Amir, he was one of my favourites on ESC 2016.

Well done, Amir!
He was a little “too good for Eurovision” after all!

So thrilled for Amir, I’m very grateful to Eurovision (and to Edoardo and Nathalie as well) for introducing me to this amazing artist. This is just the first of many awards for him!

I mean… I’ve listened to Cool Me Down like 9876549887+ times since the NF, and I still get shocked about how good it is. I know she’s horrible live – but I can’t help loving her & her team for putting out iconic tracks like Heartbeat, Start A Fire, Cool Me Down, and ELEPHANT! I’m pretty sure the juries would rank her low (they always rank Poland low) and “her vocals were bad” would be the only logical explanation. But I don’t think she would miss the top 3, nor the top 2. Still proud of her.

Congratulations to Amir Haddad, who certainly deserves that award and I guess that I should also congratulate Margaret, who I dislike as an artist but has won, so… Congrats! Still a bit sad that Laura Tesoro didn’t win, but there are a lot of great Belgian artists and it was hard for her to win. Also, the Foo Conspiracy are a great band who already has international recognition, and maybe it’d be good for them to go to Melodifestivalen, but I doubt they do as they are already famous. Congratulations to all the artists who have won (some of them… Read more »

@Gigu, yes, he deserved! But honestly, the team behind his performance deserved to serve it better.

@florin.romania
The most famous band in Sweden? Among teenage girls, maybe (who also happen to be the only people interested in the MTV Music Awards).

So happy for Amir, but still sad he didn’t win or crack the top 3/5… still my favourite!!

If The Fooo Conspiracy will participated in Melodifestivalen i am sure for top3 or win for Sweden next year 🙂 , this band have fanbased in all world and is the most famous band in Sweden.