On October 26 Israel became one of the last countries to reveal their Junior Eurovision 2016 act.

And on Tuesday it became clear that taking their time has paid off, as the Duo Shir & Tim revealed their JESC 2016 song “Follow My Heart”.

Unlike any other song in the competition, their number is a dreamy duet featuring guitar, strings and plenty of tambourine. The kids — who were paired together for Junior Eurovision — harmonize well and move easily from quiet verses to anthemic chorus, proving themselves adept at major and minor keys along the way.

The official video clip is expected to be released on Thursday.

Tim, currently a contestant on The Voice Kids Ukraine, opens the song in Hebrew, working his lower register with conviction and plenty of confidence. Shir harmonizes with him in the initial chorus before taking over in the second verse, offering a soft, feminine foil. The second time the chorus comes around they let rip, transforming this into a torch song that makes you want to turn on the iPhone flashlight and wave your hands.

Sung in Hebrew and English, the song has an inspirational message about following your dreams and going with your gut. They say:

I know I’ve gotta follow my heart
I know the way it feels when it’s right
I see the light, My dreams are rising in the night,
Making me live forever,
Making me give the best of me…

The children, chosen after a nation-wide talent search, worked with acclaimed song writer Mr. Noam Horev (who also wrote the lyrics for Israel’s Eurovision 2010 entry) and the composer Dor Daniel.

Shir, 13, is already a known figure in Israel, as she participated in the third season of Music School— Israel’s prime time TV singing competition for children. The show exposed her to some of the country’s top musicians and artists. She subsequently dubbed the Hebrew version of the animated film Finding Dory.

Tim, also 13, is a veteran of music festivals and televised singing contests, including Being A Star and Family Performance on Channel 24 and international competitions such New Wave Junior and the Slavic Bazaar. He’s currently competing on Ukraine’s The Voice Kids. As of June 2016, Tim — aka, TimoTi — is part of the cast of the Israeli production of the musical Billy Elliot. He plays the character of Billy’s best friend, Michael. The rehearsals took about 10 months, and the show is a huge commercial hit in Israel. Quite for a while: Anna Rossinelli is “Speechless” in latest music video 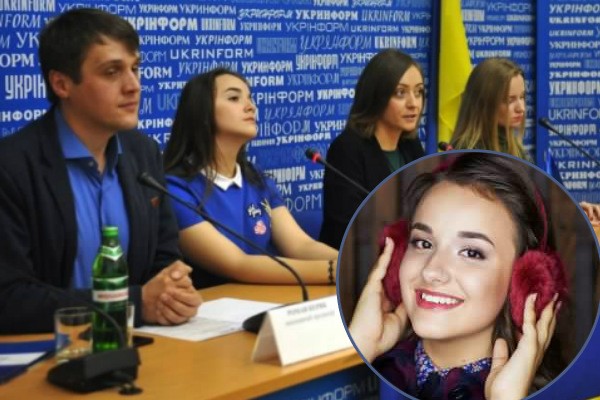 Save for Sofia: Ukraine asks for donations to cover Junior Eurovision 2016 expenses

http://www.iba.org.il/zap/zap.aspx?entity=1193183 (video loaded in 5 seconds)
Shir&Tim appeared today on IBA’s daily youth magazine. Shira claimed that the songwriter and composer worked closely with the duo to come up with the song’s theme and style that suited the most, but TimoTi alluded that there was more work to be done as far as channeling their performance anxiety so it won’t stand in their way. Shira said she believes in hard work. Both said they aspired to win…

I liked it on first listen

The boy’s voice sounds quite deep, especially at the beginning. This will help him stand out from all the others, but that doesn’t necessarily mean it will be liked. The girl’s voice sounds kind of tired and uninspired.

What’s that odd sound at the end? Sounds like this was made in a hurry… Reminds a lot “Alone” by Heart from the 80s btw..

@Eva M. – Israel was probably the 17th country to join the JESC and I’m pretty sure the EBU encouraged the Israeli broadcaster to jump on the bandwagon so that this year’s contest can retain the 17 participants threshold as was the case a year earlier. I don’t know what IBA got in return, but given its pending closure and the uncertainty regarding its future meant that it basically outsourced the entire JESC selection to an independent production company without a tender or due process. The songwriter and composer were already assigned without prerequisites and they clearly don’t have a… Read more »

I agree with the comments that the execution is weak for JESC standards. Additionally, when I first heard the song it sounded patches-some veey good parts were attached to some not so good, and it feels that they need to do considerable more work to deliver a good finished product. @Erin–thank you for pointing the borrowing from Roxette–I was trying to remember what it reminds me of. I think that Israel understimated the difficulties and risks of writing a duet for two young performers who have not worked together before. If Irsael wants to do that, they should borrow some… Read more »

Omg jesc fanatic with your bad taste. You like only female solo songs. Nobody cares about your bad opinition. Why do you write in every article? You have the worst taste here, we know it, so stop

Nice song, but he should’ve represented Israel alone with an uptempo song. The girl just adds another girl in the competition, which I find unnecessary.

Sounds very familiar. Perhaps “Listen to my heart” or even “fiumi di parole.”

Agree with most of the comments so far. The instrumental is the best part of the song. The kids voices are a bit unsure and don’t really compliment each other. I liked the idea of the song and the composition but the execution is weak. If it is like this now who knows what a disaster it will be during the show. Still there is some kind of charm to the whole mess. I hope they put their act together 🙂

So the last song has been revealed and I’m kind of dissapointed… Song itself is forgettable. I already forgot how the melody went. Their voices are good but too weak. I expected a strong moment but nope… Sorry Israel… Maybe next time.
PS – Is it just me or this song really sounds like an anime intro?

When it starts it’s sooooo “Wake Me Up When September Ends”! 😀

I feel a little confused. While I love the instrumental it sounds like something is missing. It’s kind of a mess and their voices don’t really fit.

I wish Shir&Tim all the best and a wonderful experience in Malta, but the song does a great disservice to both of them. Is it “Follow my Heart” or “Listen to Your Heart”…? The composer injected a significant chunk of ‘Roxette’ there, but putting that aside, The duo is a mismatch. It was clear from the get-go that imposing Shir and Tim on one another as some sort of a compromise or an experiment with less than 2 weeks to work together was irresponsible, to say the least. Their voices don’t compliment one another but rather take something away from… Read more »

her name means “song” in hebrew. how fitting.

No Israel, not this year.