It’s the small island nation known for collaborating with a Eurovision-winning songwriter. Now Cyprus has once again cemented their relationship with Swedish maestro Thomas G:son. At a press conference on Thursday, G:son and singer Hovig were introduced to Cyprus media and fans.

In what is becoming an annual tradition, the Cyprus broadcaster RIK held a press conference introducing their Eurovision act and the man who will write the song.

G:son told the crowd that he had a good feeling about Cyprus’ song for Kyiv. He told the audience, “I’m really honoured and thankful to get the chance to write a song for Cyprus once again. We had a great time last time in Stockholm with Minus One. I have a good feeling this year as well.”

Singer Hovig also thanked the broadcaster for giving him the opportunity to represent Cyprus. He promised to make his best effort to get Cyprus into the final again, giving a shout out to Minus Ones success in Stockholm.

Cyprus media is also reporting details of the broadcaster’s costs for Eurovision 2017. All up, it will cost RIK €100,000, with the largest portion of that being the €40,000 participation fee to the EBU. €10,000 will be paid to Thomas G:son for writing the song, and the remaining €50,000 will be for travel, accomodation and living expenses of the Cypriot team in Kyiv.

Thomas G:son was one of the song writers behind Loreen’s winning “Euphoria” in 2012, and since then he’s been Eurovision regular, often collaborating with entries for Cyprus, Georgia and Spain.

In 2015, G:son co-wrote Edurne’s emotional song “Amanecer”. While it was a favourite with Spanish fans, the song disappointingly placed only 21st. G:son had better luck that same year with Georgia’s Nina Sublatti. His revamped version of her oximated song “Warrior” placed 11th in the grand final.

Most recently, G:son returned to his rock roots when he co-wrote “Alter Ego” with Cypriot rockers Minus One, and revamped “Midnight Gold” for the Georgian Britpop group Nika Kocharov & Young Georgian Lolitaz. Both songs qualified for the final in Stockholm.

This year, G:son will be writing a song for X Factor star Hovig. It is expected that Cyprus’ song for Kyiv will be presented in late February. Poland’s Olivia Wieczorek: “I get nervous everytime, but I love it” 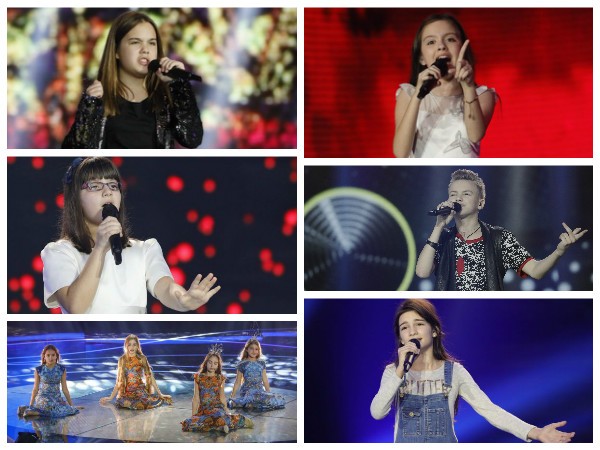 Junior Eurovision Poll: Who had the best second rehearsal on November 18?

i see no money for stage perfomance…

For the ones that don’t follow G:son’s career much, he has lots of, and I mean LOTS of copy-cat songs behind him. One of them being Cyprus’s 2016 entry. And Denmark’s 2010 entry (which ended at #5 back then). And 2001, when the Swedish song was actually accused for plagiarism.

Just do some digging and you’ll find what are his credentials. Yes, he “wrote” Euphoria, but that song has more of his co-worker(writer) fingerprints on it, then G:son’s.

Probably there’s a bonus involved if the song makes the top-10 or whatever. He had a fit of inspiration in 2012, with both Euphoria and Quédate Conmigo, but frankly he’s had a lot of misses as well.

10k? I’d expect the Euphoria writer and composer to snatch at least 50k per song.

So many disappointing results for G:Son and he still gets paid?

Only he, has a good feeling….

There is a reason Swedish production is the best in Europe right? I really liked Gson’s latest works in the contest. As long as these countries are not pulling an Azeri-style full-Swedish import on the entire project, I have no problem with people like Gson making some contributions to songs.

I’m surprised his fee is so low… given his credentials etc I would’ve imagined he’s able to charge way more! Anyway, good on Cyprus. While I haven’t particularly enjoyed his most recent work, I’m always excited when his name shows up in the production/writing credits.