Out of the light, like a star, like a hero…or heroine, as it may be. Melodifestivalen 2017 is taking us to heaven with the news that Charlotte Perrelli is set to compete once more. Aftonbladet reports that Charlotte is indeed going to participate at Melfest for the first time since “The Girl” in 2012.

Charlotte is said to have got the itch to compete again last year, during the Melfest semi-finals . She was due to be one of the rotating co-hosts, but had to pull out due to a contract issue. She still appeared during the semi-final, where she performed “Här står jag”, a Swedish cover of “Atemlos durch die nacht”. The performance was well received and it seems also gave Charlotte the Melfest bug yet again.

Aftonbladet’s source says that Charlotte is likely to go down a pop-schlager route for her entry, too. That genre hasn’t seen much success recently at Melodifestivalen, but it seems that Charlotte isn’t worried. Her participation would be about “new material and having fun” only. Whilst we’re all on board with that, there’s part of us that would love to see Charlotte back at Eurovision too!

She joins the ever-growing list of acts heavily rumoured to be taking part at Melodifestivalen 2017. It’s looking like a bumper year, with the likes of Ace Wilder, Wiktoria and Jon Henrik Fjallgren also believed to be in the mix.

We’ll know for definite who’s in soon, too. SVT will reveal all the artists on November 30th, along with their song titles. Y’all, we really can’t wait to see who SVT might be hiding up their sleeves, as well as confirmation of these rumoured acts. Make sure to check back on wiwibloggs and wiwi.tv on the day to see all the news!

What do you think about the rumours of Charlotte’s return? Are you glad to see her participating once again? Let us know in the comments section below! 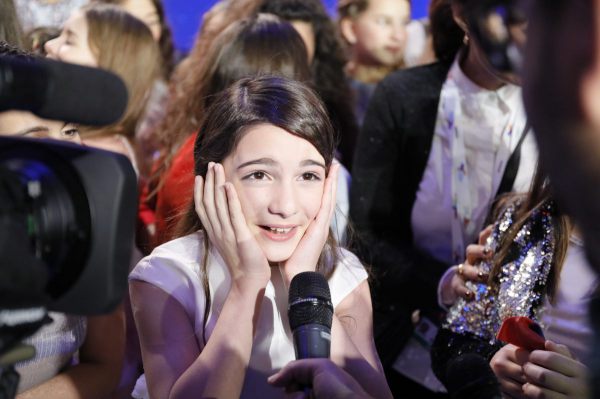 A turnaround – Aminata Savadogo eliminated from The Voice of Russia

@ Charles and Denis – I agree with you. I am also very bored with schlagers in MF. Let’s hope there won’t be many of them next year. I hope for more diverse music styles. And music that “has a life” outside the MF-bubble

Let the best get a ticket to Kiev.

@Anouska: Yet it’s the dreary Frans that managed to reach European radio success and not the bs schalger crap that people like Charlotte sing for no reason and that you like because well … do you actually know any better? Don’t think so … @Denis: Trust me … as far as national pride and identity is concerned we still have quite a few European countries screaming it to everybody else with no apologies … Eurovision still is a platform for all that yelling and exaggerated sense of pride, it’s like a desperate reality TV character wanting the focus to be… Read more »

I love Charlotte and am very pleased by this news/rumour. Hopefully, she’ll be given a great, uptempo song.
Give me a schlager banger over a dreary borefest like Fran’s ‘If I Were Sorry’ anyday!

LOL, national identity? No one cares about that any more. Most countries have abandoned that a long time ago. Those who do rarely get anywhere in this contest.
Schlager isn’t just “not strong as it used to be”, it’s dead and buried. These old has-been artists and SVT can try to cling to it but they won’t even be 5th in their semi-finale.

No one sees MF as anything but a place to discover new music,artists and securing a great place at ESC. That’s why schlager will never win, it’s not new and fresh.

Sweden mustn’t leave schlager apart. It’s part of their national identity. Of course it isn’t succeeding these years, because the songs in this style aren’t strong as they were before. By the way, I would love something like ‘Blame it on the disco’ 😉

Are you guys gonna film a reaction video or something about UMK songs? Or are you listening them first for maybe a week or two? Cuz last year you all said that many of the songs grew on you in UMK16.

She was the gi-i-irl that flopped, now she’s ready to slay again!

Great news, I hope it’s true. I don’t think she has a chance of victory, but if she at least betters 2012, it will be worth it. To not even get to Andra Chansen was a disgrace! It would be great to see her in the final again. After two wins, it would be a shame to see her Melodifestivalen career end with The Girl. Of course on the other hand, she could do even worse and finish 7th place in the opening round. Take the chance, Charlotte!

Sweet baby Jesus, have mercy upon us all! Take cover somewhere..
The last thing we need is another Perrelli turn. That would be our biggest mistake. It’s like the BBC would send another has been artist in an attempt to stay current? It don’t work for BBC, it won’t work for SVT

When will Charlotte, Anna Book and other realise schlager is out?? Not even modern schlager works these days. SVT might choose her but only as filler to fill all the slots.

Love her. Would be great if she competed for Sweden again.

The televote totally robbed her in 2008.