And from both lists we left out two major points of contention — the new time slot and the small arena. Well, we weren’t being forgetful. The reason for their omission thus far is simply because while Junior Eurovision 2016 didn’t get these elements right, there wasn’t anything inherently wrong about them either.

If anything, both the time change and smaller venue could be seen as opportunities for Junior Eurovision and used to make the contest bigger and better. Let us explain.

The TV ratings for Junior Eurovision 2016 sucked. Viewing figures were well down in many of the participating nations, with audiences in Italy and the Netherlands hitting record lows.

But is that completely fair?

With almost three million people tuning in to cheer on Olivia Wieczorek, Poland managed to buck the trend spectacularly. And that was purely down to clever promotion. After over a decade away from the contest, the broadcaster oragnised a high profile national final which produced a popular winner. Viewers got swept up in the hype and happily switched on their TVs on Sunday afternoon.

Compare this to the Netherlands, who quietly axed their long-running national final format and selected Kisses with minimal fuss. Or to Italy, who failed for the second year running to capitalise on their 2014 victory. You can’t expect people to watch a show if they don’t even know it’s on.

Rather than writing off the time change as something Junior Eurovision 2016 got wrong, we’re more inclined to look at it as an opportunity.

Its biggest plus is that it makes the show more kid-friendly. Now, children in places like Georgia and Armenia can cheer on their favourites without having to stay up into the early hours of the morning to see the results.

And it’s not just the east that benefits. The new earlier time could be used as a hook to entice some of the big-name western absentees.

If we take the UK as an example, its evening schedules are dominated by hugely popular talent shows like The X Factor and Strictly Come Dancing. Neither ITV nor the BBC will want to move these ratings behemoths to make way for a bunch of kids singing, and Channel 4 isn’t going to take the risk of challenging them. However, all three broadcasters might be willing to shake-up their afternoon schedules — no one’s going to mourn the loss of a Come Dine With Me omnibus.

Jon Ola: Much more TV in the competition market. E.g. Idol, X Factor, Strictly which is a battle against #jesc

This logic also applies to France, Spain, Germany and the Nordics.

Apart from viewing figures, the demise of the televote was also attributed to the new time slot. But this needn’t be the case.

Let countries that broadcast live use televote, and have 100% juries for those that opt for delayed coverage. There’s already precedent, with Slovenia and Australia going down this route in 2014 and 2015 respectively.

Alternatively, organisers could do like countless reality programmes and record the results show one day later. This would give every broadcaster ample time to arrange a televote, so long as they aired the main show before the results went live.

In 2014 Malta converted a disused shipping building into a massive arena especially for Junior Eurovision. But this time PBS went smaller, much smaller. The 2016 contest took place in the relatively intimate surrounds of the Mediterranean Conference Centre.

The venue might be the island’s largest conference centre, but on screen it looked tiny. Viewers weren’t impressed.

#Malta deserves to be banned from #Eurovision forever for hosting #JESC2016 in a cupboard. That stage was tiny! #JESC

Matters weren’t helped by the fact that the cameras insisted on panning out, emphasising the theatre’s size deficiencies. Frequent overcrowding of the stage also contributed to the diminutive feel.

Too many dancers in malta's perf. Stage is small and it looks crowded #JESC

But a giant arena shouldn’t be a prerequisite for a great Junior Eurovision.

Malta might have messed up this time, but there’s no reason why future host countries can’t learn from the mistakes and harness small venues to their advantage.

Shows such as X Factor and The Voice entertain millions every week. And usually they’re only filmed in front of audiences of a few hundred. No one complains about these venues being too small. If it’s good enough for Simon Cowell, it should be good enough for the EBU.

Much of Malta’s problems would have been alleviated by tighter camera work — what you don’t show is just as important as what you show — and cleverer use of the stage.

Given the constant precariousness of Junior Eurovision’s future, it’s essential that the contest can successfully embrace the smaller venues. In doing so, costs can be kept down, making the job of hosting much more attractive for poorer nations.

All we need is for one country to do it right.

What did you think of Junior Eurovision 2016? Let us know in the comments below. 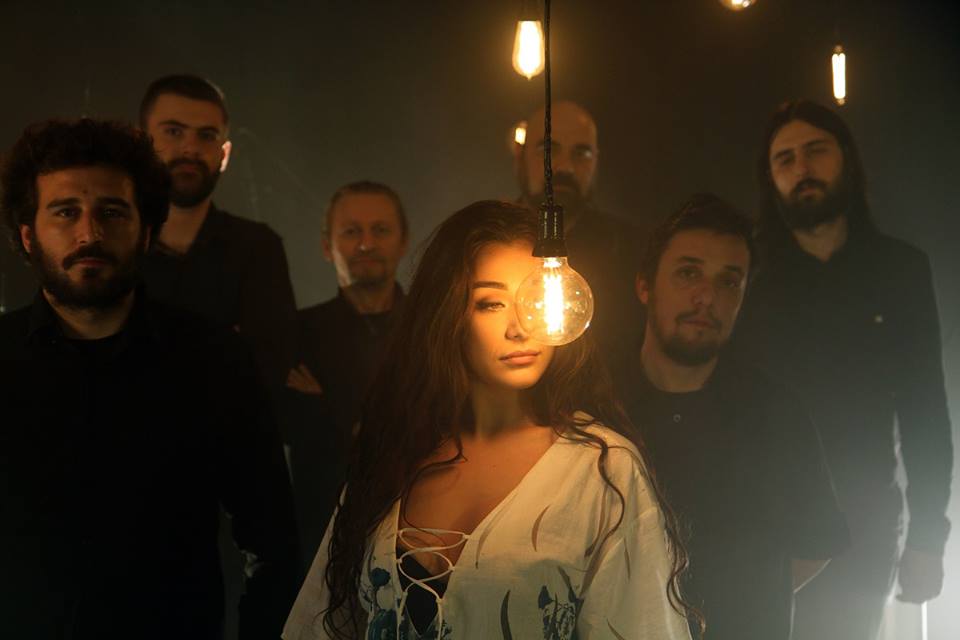 For the arena I agree that small is not necessary bad however about the time slot…. First of all it is Sunday! In most contries that is the day before going back to work or school. Unless you are a fan of Jesc there is no reason for someone to be at home watching TV instead of going out with friends, outdoor activities, sport, etc. However to be fair the time slot is nearly perfect if the day is Sunday. If it was any latter no parent will allow their child to stay past 11 pm in order to watch.… Read more »

The perfect time slot for JESC would be Sunday, 18:00 CET.

Then the broadcast in Armenia and Georgia would start at 9, and I’m sure children can stay awake for atleast the 1-1.5 hours the actual performances take. Most participating countries are from eastern Europe, where the time would be perfect, from 7 or 8. The western countries would start at 5 or 6 which is much better than this year’s 3 or 4. And Saturday nights are indeed too busy TV time so Sunday is better for JESC.

Small venues usually mean things like we saw in malmo.

This conference centre however was a joke at max capacity it could hold 1500 people. my school hall held just over 1000 so can they host it next year?

@Sanio For the one-millionth time, JESC is not getting cancelled!!!!!!!!

JESC was a failure, I’m sorry. It’s heading to an end if it keep on this track.

I definitely agree on the small arena point. I still don’t get why people is always wanting HUGE stages and arenas, I think a relatively small venue can be great and look great on TV with good camera work, a creative design and a smart structure and usage of space. If you think about it, a big venue but lacking on these points can look just as bad. So, the size isn’t the problem.
The only real downside I see of a small arena is that the smaller the venue, the less people who can attend the show.

I think that JESC can be held in smaller venues, but this year’s venue was far too small. 2012 was a good example of an arena that isn’t too large, but by using darker colour and right camera angles it worked. Look at the opening, for example.

I’m happy you talk about the JESC in a positive way, because I must tell I really liked this JESC and I can’t understand why people are so pissed off about the changes the EBU did this year. Maybe the stage was small, that’s true, but they hosted in a theatre, surely, next year, it’ll be different.

israel is the example why this time slot no good is israel sunday is a work day and the work and some schools end at 17:30 local time. so if you are not a fan who wait for the competition every year why would you go home in the middle of the day especially for this event?. And also about the second thing big arena can host more people and there are more places for tourists who came to the competition last year in bulgaria for example half of the people in the arena was tourists (beside bulgaria people from… Read more »

@RealWinnerWorld: See you next year in Malta for Eurovision Young Dancers.

I think wiwiblogga got a warning from the EBU lol

There is really no reason to save Junior. Let it die.

I think you make good points, but I still have to disagree about there being any good opportunities in comparison to how it used to be. Maybe the EBU should focus on getting those countries with competitive timeslots like the UK, Spain, France, etc. back into the contest instead of pandering to them when they don’t even compete. The drop in numbers was in no doubt because of the new time slot, but yeah you make a good point about promotion having a say too. If JESC wants to succeed in the future, then their promotion needs to be way… Read more »

Well I thought the new time slot was meant to be a hook already this year for UK, Spain, Germany, France etc – and yet they all said no… it seems that no matter what EBU tries, the Western countries and the Nordics are not interested.