And this week Russia’s Anastasiya and Maria Tolmachevy — together known as the Tolmachevy Sisters — expressed their desire to represent their country at Eurovision once again in 2018.

Speaking to Russian news agency TASS, the Kursk-born beauties discussed their future plans — which include another turn at Eurovision.

“Many people say, ‘Girls, you have done enough Eurovision’, but we believe in third-time-luck,” Maria said. “We would like to participate in Eurovision once again and bring Russia another victory. We are thinking about taking part in 2018.”

Anastasiya hinted that, in case that happened, they would once again work with singer-songwriter Philipp Kirkorov.

“Philipp promised us we would go to Eurovision for the third time, which would give us a chance to do better,” Anastasiya said.

The sisters also looked back on their previous Eurovision experiences at JESC in 2006 and ESC in 2014.

Anastasiya said: “We mention our victory at Junior Eurovision a lot. It was our first big victory, our first big achievement. President Vladimir Vladimirovich Putin congratulated us then, a lot of other celebrities did too. In our hometown Kursk they hung banners with words of congratulations. We enjoyed a lot of support.”

“The seventh place was like a victory to us,” Maria said.

“Of course we wanted to win, but we performed with pride and to us that matters the most. Things are much more complicated at ‘adult’ Eurovision,” she added, probably referring to the fact that the then 17-year-old twins were booed by the audiences in Copenhagen. Their appearance came shortly after Russia’s controversial annexation of Crimea and controversial anti-LGBT legislation, which left many Eurofans and media outlets seething.

What do you think? Can the Tolmachevys shine once again on the Eurovision stage? 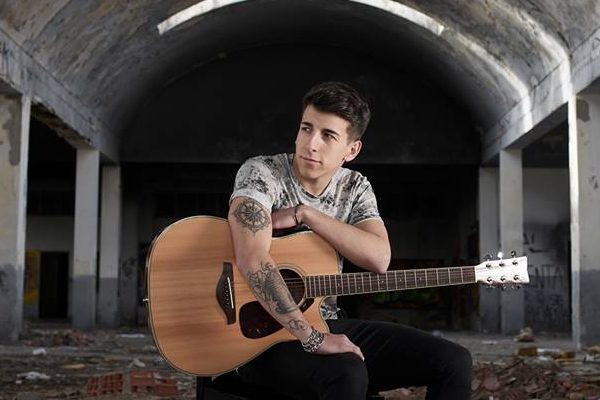 Meet Fernando Daniel: The Voice of Portugal star and fan favourite for Eurovision

Well, I didn’t expect something big from the article, but Kirkorov’s bunch possible involvement always rages me out 🙂 Same time he delivers top10 results and even if it’s a step back it’s quite a safe route.

Oh….OK….lolz.As you can tell I’m not that well versed with the rainbow people’s language.Thanks for clearing that up Purple Mask.?

@Kris: No, but it probably means they are stereotypically attractive to gay men.

@Robyn Gallagher (searched for your e-mail but failed=)) I’m not involved in any social network. sorry… So=)) Plum: Russia’s Channel 1 has been extremely quiet about their Eurovision 2017 plans – in fact, they haven’t said *anything*. – OK, is this a wonder after what happenned in 2016- 2015-2014? When neither songs nor performances but the country “behaviour” were judged? We both were a bit of offtop here and what I really meant was as so simple as this: https://www.youtube.com/watch?v=BhC_ANwljqU Why was it ignored? Some awards like “gold grammophone” to Sergey, Polina, Dima, Ani Lorac (yes, she is loved in… Read more »

It would be good if they return. And the crowd will forget that they have booed them back in 2014.

Their 7th place was like a victory for Russia. They participated 3 months after the annexation of Crimea and at that time everyone thought that they won’t even qualify.
The song was very good, they are very good singers and the staging was brilliant because it made the viewers understand they are just 17 year old kids.

@Daan
Well you mentioned the spanish twins.The wiwi article used twinks for them.Does it mean they are gay?

Not that excited about it…….They had the least memorable performance of any of the Russian acts in the past 4 years. Would be glad to see Polina return though!!

good for them! if i were them i’d probablybe too traumatisedto go to eurovision again after getting boo’ed.

I had them in my top 10 at the time so it would be cool to have them back.

The Tolmachevy sisters are good singers and good musicians, but 2014 was a PR disaster for them. Kirkorov did actually write a good song that year with an edge of darkness to it (“Shine”), but the irrelevance of the staging to the song combined with the politically-charged hostility of the live audience was enough to see them out of Russia’s usual Top 5 finishing position. If the sisters are to return to Eurovision, they will need to be a lot more “Euro-friendly” and cheerful than they were during some recorded interviews in 2014 – they should also listen to advice… Read more »

If they enter with another Kirkorov song, then NO! All of his songs have just been bad.

What the heck were they thinking when tying each other’s hair? I dont wanna see this tied hair stupidity again thanks bae.

I’m happy these girls did well because they had a great song and I would like to see them back. On the other hand, I’m sad they got booed. People who did that should be ashamed of themselves. Russia’s anti-LGBT laws, etc. is really none of their fault. I’m still outraged by the fact that Polina and them got booed but Sergay didn’t. Is it because of some people’s uncontrollable desire to see his naked torso? Because of the staging gimmick? The generic and outdated song which many were fangirling over maybe? We will never learn…

Well, this is a (Junior) Eurovision-devoted site. If you love Sergay that much, you can follow a site devoted to him instead. Nobody else here cares about him anymore, as you can see. He had his chance, now he’s gone. He didn’t last much. It would be too unprofessional behalf of Wiwibloggs to make articles about him instead of JESC, for example.

No thanks, we want to see new faces, new talents.

i really wouldn’t want them to represent Russia again. And why do people say they hope they won’t be booed? Their song was such a mess I think it was deserved.

@William Adams Lee Adams
No, not that hilarious. What about Lazarev’s new music video and other events? Seems that the 2016 ESC participant is tabooed here.
Of course there were news about JESC, 2017 fantasies, wonderful Aminata’s fate on Voice Russia, etc…
Still…strange…

They gave a great performance in Copenhagen but Russia has an enormous pool of talents to choose from, so I wouldn’t be here for an artist returning, apart from Polina Gagarina of course.

I felt bad for these two girls.

They gave a good performance, yet the audience rudely booed them.

Well, at least they ended-up in the top 10, which was well deserved.

The 1st minor news (pure tracing of Russian news) about Russian artists since the end of October though there could have been a lot of them, more interesting than this … well, WIWI definitely know better what they are doing.

Well, I’m surprised they want to return because their first experience (2014) wasn’t that great for them

YESSSS. They are fabulous! They should be able to bring Eurovision back to Russia in 2018. As long as there are no pathetic boo shouting people this time.
Also would be very interesting to see that twin girl fight between Netherlands and Russia’s singers lmao (and Spain if they send those twins as well). But I fear there will be boos as it is sadly held in Ukraine.

Hopefully the next time they participate, they wont be booed. It’s not like any of it was their fault, they should have the chance to be cheered for