Merry FiKmas, everyone! Albania’s Festivali i Këngës 55, the first national final of the season, is upon us, with the grand final happening this evening. But before the 14 acts sing for the chance to represent Albania in Kyiv, we want to know what you think.

Earlier this week, eight songs qualified from the first semi-final and six from the second semi. They’ll be battling it out tonight for a chance to follow in the glamorous footsteps of Eneda Tarifa and Elhaida Dani and represent Albania at Eurovision.

Of course, being Albania, it’s likely that the winning song will undergo a revamp, good or bad. Most likely it will be translated into English, shortened to under three minutes (if necessary) and possibly even given a substantially different sound. Or the song could be replaced entirely!

But based on the performances we’ve seen in the semi-finals, who do you think should win Festivali i Këngës 55? Listen to the songs and then vote in our poll. Remember – you can vote for as many acts as you like, but you can only vote once, so make it count! Be sure to tick the box next to each act before hitting the submit button.

Who should win Festivali i Këngës 55?

You can vote for as many acts as you like, but you can only vote once. 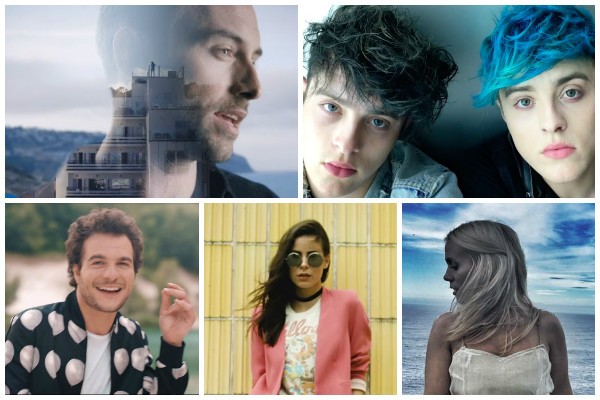 I didn’t listen to Rezarta’s song yet I don’t think, but I must say I really liked Edea and Genc’s entries. LYNX also was good. Didn’t get much out of Lindita’s song

I think that Dilan, Franc, and Yll have pretty good songs! Dilan got good audience reception after his performance and the others two did very well so.

Lindita is leading the poll, but His song is not absolutely the best of the festival.

Yll is the best!

N.B. There is an alternative stream, but please be warned that it is loaded with inappropriate advertising and a dangerous Flash-made widget. If you have the right ad blockers and flash blocking tools, are over 18, and are not offended by adult advertising, try this stream instead: http://www.albtvhd.com/p/rtsh-sport-hd-live.html

@Daniel_2017: The final doesn’t start for a few hours yet, but the official live stream of the channel is here: http://rtsh.al/rtsh-live/RTSH-HD.html

The streaming from my place over the past two days has been ‘patchy’ to say the least.

Is there a live stream of the final anywhere?!

Rezarta is the real standout to me. Strong, confident, playful and easily the most appealing on a single listen. Yll has a simpler song, but it’s also really direct and appealing. These are the songs I want to hear more than once. Lindita sounds good, and she’s very talented, but there’s a lot of vocal floating, just going “oooh, ohhh” over the backing singers. That feels like autopilot, it’s not very interesting. The song is pretending to be bigger than it really is. I always like to watch the backup singers, and which songs they seem to enjoy the most.… Read more »

Seriously, there are some songs that are unlistenable…

Ylli-“shiu” win! Its the best song.

Shiu is an amazing song as well.

My favorite is still Shiu, but good luck to everybody tonight.

Rezarta is my favourite. Lindita is good but she will not win because are better songs.

I like at least four songs. I linked my top.

linditas song lyrics have already been translated in three languages on youtube http://www.youtube.com/watch?v=_sJYaohSCPM

Ohh, as for me, it is one of the best national selections Albania has ever had. To my mind, in top three must be Xhesika, LYNX and Lindita. Xhesika`s and LYNX`s songs are incredibly powerfull and energetic. Lindita`s song is also pretty good. I really want one of them to win and amaze us in my native Kyiv.

Lindita!!
Dilan song is good,agree,but his voice is so weak,not so impressive…

Easily Lindita, I don’t understand the hype over Dilan, though. In my opinion, it just stands out because it’s uptempo, but is a pretty bad song. Xhesika, Yll, and LYNX are pretty good too. Haven’t listened to the rest of the SF2 songs.

My favourites are Shiu, Botë and Besoj në ëndrra. Shiu has a very homely quality to the song – very accessible by Albania standards and with a nice revamp without changing too much (the chorus is already perfect) this could have a good shot at bringing them to the final. Lindita is a great singer as was noticeable back during her St’ë fal days and Botë is no exception – it ascends and it could be even bigger with a good stage performance. Lots of wind, maybe a Mother Nature theme? Besoj në ëndrra is not typical Eurovision ballad but… Read more »

Dilan could do really well in Kiev if he wins. He’s definitely my fave !

Would be most happy with a Lindita or Yll win but Dilan & Xhesika also very good.

Well Ruud, not trying to be rude but a little bit of crying is good for our lacrimal apparatus.

Lindita’s “Botë” is the only song in here which doesn’t necessarily need a revamp to do well at Eurovision. That build up is one of the best ever. If this doesn’t win, I’ll cry :'(

It is a very clear Lindita win this time. The only people liking Dilan are the ones that don’t understand how FIK works. #notmelodyfestivalen #sanremotwin

Dilan for the win

Should be Dilan, but since the right song never wins……..it will be Lindita.

Also where can I see the results announcement?? I missed that part yesterday!!

‘Shiu’ should ideally win…..but the ideal winner is never chosen…..sigh!!

My favourites are Dilan Reka, Edea Demaliaj, Lindita and Fabiola & Agnesa. In terms of Eurovision potential, Fabiola & Agnesa probably won’t make it past the semis. Dilan Reka would probably pass, but I imagine it will get changed to English like Albania normally does. Hopefully it won’t be reminiscent of 2014 or 2016’s revamps. Lindita’s song might be a bit too edgy for the typical Eurovision audience. Edea’s song is absolutely top-10 worthy. The only flaw is that her voice is screechy at times, but with the right performance, this may even have a shot at winning in Kiev.… Read more »