In a period full of announcements, San Marino is still working in silence to organise its eighth attempt at the Eurovision Song Contest.

Will Serhat fly to Kiev in May? In October we didn’t know and nothing has changed since the last news about the little republic nestled in the heart of Italy. But recently something worthy of attention appeared on Facebook, coming from the Italian singer Tony Maiello.

The 27-year-old guy, with eyes blue and deep like the ocean, came fourth in the first series of the Italian X Factor and in 2010 won the Newcomers’ category of Sanremo Music Festival with the song “Il linguaggio della resa”.

After years spent in the underground of the Italian pop, desperately trying to hit the charts, he won the favour of the experts, becoming one of the most promising Italian songwriters from the new generation. In fact he penned several song for successful artists like Laura Pausini, Francesco Renga and Giorgia.

On December 29, Tony shared through his Facebook page one of those juicy secrets that should remain behind the scenes… but the guy loves to talk and we are happy he is so outgoing!

“I was asked to represent the Republic of San Marino at the Eurovision” – he wrote – “all I need is €500,000 just for the promotion”. He also added – sarcastically: “I asked them if they want it in banknotes or coins”. Money makes the world go round!

The reaction of his fans in the comments is HILAR. Michael wrote: “OMG, how disgusting!” followed by Sara who asks herself and Tony: “Is it a joke?” Someone got a little rough, recommending Tony to tell ’em to “f**k off”. And there is also Alessandro who proclaims: “It’s a hoax”.

But Italian newspaper Il Fatto Quotidiano doesn’t think it’s a hoax at all. In fact, they claim to have obtained the actual Facebook conversation, which you can see right here.

Maiello’s shout-out suggests that San Marino may still be up in the air with preparations for 2017. Could they find someone with a huge wallet in time for May? 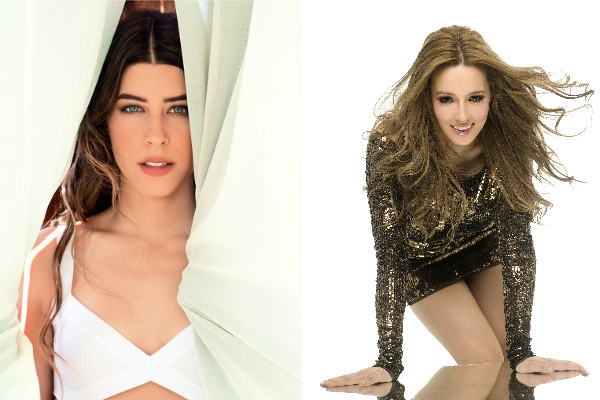 Greece: Demy or Kalomira for Eurovision 2017? It was clear that if u pay enough u can represent San Marino.

The last entries couldn’t be chosen for their “quality”

A good song and singer don’t need a promotion.

@Robyn Gallagher Gallagher
I was referring to the screenshots of the conversation in the news article linked.

Is it me or is this just inappropriate? I don’t understand the need to disclose financial discussions like these on social media.

Whatever financial agreements there are should be between the country and the artist only. Since every country is different, you are not going to get the same deal as another country. If Tony wants to represent San Marino he must abide by their terms and leave us out of the discussion.

Why can’t they send Valentina Monetta again ? I like all her entries. I think she participated 3 times and what is the maxim ? Anyway, a small country like San Marino has no choise but to use the strategy : who thinks that ESC will be good for their career and are willing to invest in it ? I guess that the answer is : many artists like … Celine Dion and manager Rene Angeli in 1988. At least San Marino does not want participants to be citizens (like Poland wants), and I still hope for Arisa, who WANTS… Read more »

d; they could at least ask someone relevant, like legend Arisa.

Arisa? She said she would love to. An shes hella talanted. San Marino get your head out of your ass an select someone who wants to go.

If, for example, the cost was 500,000, it’s no wonder they imported Serhat. Sure there are valuable Italian (and Sanmarinese) artists but may they can’t help afford the ESC costs.

i think it’s good that san marino outsource their talent to italy– due to similar culture and everything. they might get a free 24 points from italy too.

It would be nice if San Marino for once actually listened and chose an artist who wants to compete rather than choosing someone out of the blue.

@Francisco right! 😉 I honestly smell a hoax here,since how in Italy/San Marino we still quite don’t like ESC 🙁 so it can be a way to cast shadow on it.
And anyway this guy is a total loser.Never liked him,and this is basically the first time I hear again from him since 2010…I’m glad he won’t go.
And anyway what’s so surprising?You need money to fly to Amsterdam,Israel and so on,and to do all the stuff singers do in the months right before ESC…like we say in Italy,he just discovered some hot water XD.

Just a thought. If this is real, why is the fb conversation in English and not in Italian?

In 2016, italian singer Arisa offered to participate for San Marino, and Serhat won.
San Marino should try to find somebody who wants to be in ESC, at least they want to participate, where are Andorra, Liechteinstein, Luxembourg ?

Money, money, money… must be funny… (you know the rest)

He doesn’t need to go to latvia, Israel or Amsterdam. It would be great if he was going to represent san Marino. They don’t have many more choices.

I understand that he wants to be in pre-parties (and for that, sponsors can be found), but apart from that … he should not think so much about money because look at Nina Kraljic ( Croatia 2016 ), maybe she had the most expensive dress, but still worst dress ( I don’t like to call it Barbara Dex award because B. Dex 1993 was just fine from my point of view ).