Shortly after winning Albania’s Festivali i Këngës with the Albanian-language song “Botë”, she revealed her intentions to sing in English at Eurovision 2017.

And on Monday Kosovar singer Lindita Halimi whet our appetites for the revamp by singing a brief snippet of the English version during an interview with wiwiblogger William.

Looking fresh-faced and radiant despite her recent journey of 8,600 kilometres from Tirana to her home in Atlanta, she wowed with her control and power — even via a Skype connection.

Albania has a mixed track record when it comes to revamping their songs into English. In fact, Hersi Matmuja’s “One Night’s Anger” and Eneda Tarifa’s “Fairytale” are generally held up as examples of how not to revamp a Eurovision song.

But Lindita has a few distinct advantages when it comes to this language swap.

First of all, she initially wrote the song in English, so if anything the “revamp” is actually reverting back to Lindita’s original songwriting instincts. Second, she speaks perfect English and lives in the United States. Need proof of her prowess? Consider that she wrote the English lyrics to Elhaida Dani’s “I’m Alive” — one of the most heralded Albanian Eurovision songs of all time.

The English snippet of “Botë”, which comes from the song’s hook, goes like this: “What is this all for?  What’s the cost to live in this world?”

We’ll publish our wide-ranging interview with Lindita later this week. But for now let me tell you this: Lindita is incredibly kind and does not take her fans for granted. She’s been truly touched by all of the e-mails, tweets and comments you’ve been sending her — from Europe, the United States and even the Philippines. As she said on-stage after FiK, she understands that Eurovision fans are always on fire! She feels the heat and loves it.

The American Idol alum also tells us about the pressure and hard work she and her fellow contestants faced on the show. And she makes it clear that she was not offended by Jennifer Lopez’s comments that she sings “like a big girl”.

Finally, and perhaps most importantly, she lets us know how else she’ll revamp “Botë”, since there won’t be a live orchestra at Eurovision as there was in Albania. If you don’t want to miss the interview, then please remember to subscribe to our YouTube channel at wiwi.tv.

As for now, what do you think of Lindita’s English-language snippet? Are you loving the direction? Does it make you feel the meaning of the song a bit more strongly? Let us know in the comments box below. 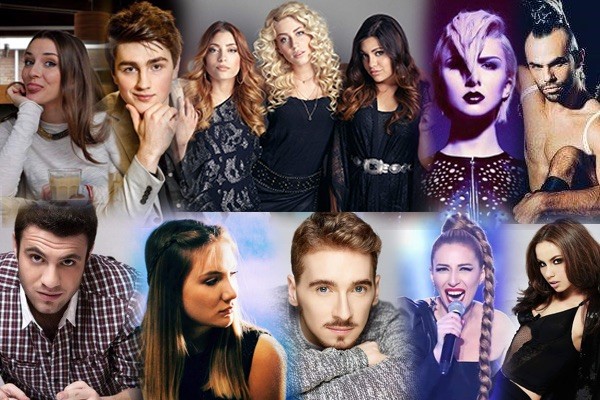 POLL: Who is your favourite Eurovision 2017 act so far? (January 2)

Aw, this was a genuinely nice post. In thought I would like to put in writing like this in addition – taking time and actual effort to create a really excellent article… but what can I say… I procrastinate alot and by no means seem to obtain something performed.

I’m actually excited for Albania and of course Lindita- she seems so cool and I can’t wait to see her on stage! Botë seems more accessible to me than Fairytale, more hopeful

Thanks for the shoutout to your Philippine fans, Lindita. We truly appreciate it. 🙂

She is amazing and I’m sure she will do her best. Let’s hope the revamp will make her great song even better.

Love her voice! Was a huge fan of the way she sang on Idol last year!

If the song will be changed to English, then the song would be called “World” right?

@William Adams
And, judging by that clip, her English is definitely good – no awkward pauses where she’s mentally translating, no incorrect pronounciations.

Living in the United States doesn’t equal prowess. And I say that as someone born and raised in the U.S. Her knowing English will definitely make singing Bote much smoother, no doubt.

Either way, I’m thrilled for Lindita!

As long as there is a musical revamp, I’m remaining cautious. The biggest problem for me was how forgettable the song is because only the vocals are moving.