She’s the American-born beauty who gave Greece one of its best-ever Eurovision finishes, coming third in 2008 with her hip-shaking number “My Secret Combination”.

Now, amid ongoing speculation that she’s in the race for Eurovision 2017, Kalomira has revealed via the wiwibloggs Instagram account that a Eurovision run “isn’t in the cards” this year.

Responding to our post that suggested she might be recording a song for Kyiv, the 31-year-old wrote: “Thanks guys! Love uuuu!! I appreciate the sweet remarks! I don’t think it’s in the cards for me this year! I think Demy would be amazing!”

Demy and Kalomira have both expressed interest in #Eurovision 2017. And both have been photographed with Eurovision composers in recent days ??????#eurovision2017

Kalomira, who has been in Greece recording a new single, is incredibly busy. At the moment she’s balancing her responsibilities as a mother-of-three with her many public commitments. In recent months she’s hosted the popular show “Rising Star”, proving she’s as telegenic and camera-aware as ever.

In her Instagram comment to wiwibloggs, the always-ebullient singer threw her weight behind Demy (real name Dimitra Papadea), who has been very vocal about her intentions to find a song and put her name in the hat for Eurovision.

Last week Demy gave a telling interview on the Greek talk show Ola, saying that she really wants to do Eurovision. She’s not beating around the bush either. As she said: “We’re in talks, we’re looking for a song. We don’t know what the process will be yet, but I want to do Eurovision after I finish my other projects.”

At the same time, legendary Eurovision songwriter Dimitris Kontopoulos, who was rumoured to be cooperating with Demy for Eurovision earlier this year, posted a photo saying he’s been in the studio recording new music. He tagged Eurovision and Fokas Evangelinos.

In any event, are you sad that Kalomira has ruled herself out? Are you still bobbing to her 2008 tune? And is Demy right for ESC? Let us know in the comments box below. 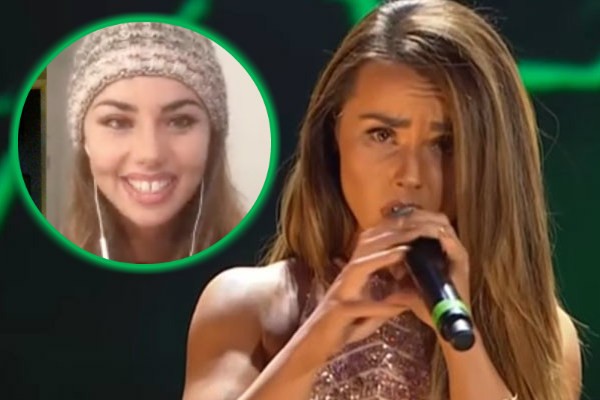 “Secret Combination” was actually a very appropriate title for the song too. It combines bubblegum pop AND flashy/flamboyant gayness AND greek traditional sounds all into one 3 minute pop song. Brilliant!

As for Demy? I don’t know. Let’s hear the song first.

Charles you need a new hobby.

She’s fairly overrated and would have been decimated by the juries. Demy at least sounds somewhat contemporary. Although given what they sent last year, I don’t think Greece is competing to win anymore.

Thank God she is not in the race. Sorry but i find Kalomira one of the most overrated act in Eurovision, what an annoying voice she has, and that bimbo attitude is soooo cheesy and sooo outdated…God has heard my prayers

Maybe next year, kween. Demy would also be a great choice.

Is this going to become a You’re The My Number One Like No One Else? People haven’t had it enough through years yet 🙂

And again … when people forget this is the Eurovision SONG contest … the absolute overwhelming desperate will to see former singers coming back over and over again explains why the focus on music is so questionable and out of place of its own context … it ends up becoming a popularity thing the same way as Instagram and reality TV gives attention and excessive fame towards God knows who of the moment … I’m glad this Selena Gomez/Demi Lovato-wannabe is not taking part. We’ve had her once … why should we need her again? To bring a copy pasted… Read more »

I’m actually kinda happy because if she participated this year I think she would’ve losed to Demy , so 2018 might be a better chance as Demy who has been wanted for years will not be in the picture. I would really like to see her returning next year!

I love Kalomira and I am glad she is not doing Eurovision. ERT wouldn’t support her much and Kyiv’s organisation will be a mess so i hope she returns once ESC takes place in a great city. Also, Kalomira needs to find the perfect song and choreography as it would be extremely difficult to top the success of 2008. I do not want to see her failing, juries are unpredictable.

This is good news.

In my opinion Kontopoulos records song for Sergey.