He’s The Voice of Russia runner-up who has long had Eurovision in his sights. Now rumours are heating up around Aleksander Panayotov being internally selected as Russia‘s artist for Eurovision 2017.

Back in September, as speculation started to emerge, we profiled Alexander — the Ukraine-born, Russian-raised singer who has made five previous attempts at Eurovision. In 2008 his peace song “Crescent and Cross” came second in the Russian national final. It was only two points behind Dima Bilan’s winning song “Believe”.

More recently, Aleksander was a contestant on Golos (The Voice of Russia). After impressing judges with his powerful audition of “All By Myself”, Aleksander proved himself a strong performer. He deftly handled songs in both Russian and English, and made it all the way to the final.

There he paid tribute to George Michael with a performance of “Careless Whisper”. Panayotov claims that George Michael — born Georgios Panayiotou — was a distant relative.

Eventually Aleksander was voted runner-up of Golos and since then the Eurovision rumours have resurfaced.

He said, “I would be happy to represent our country at the competition – for me it is a great honour. But it is not anything I want to think about right now.”

Meanwhile, a representative from Channel One says that a decision about Russia’s act for Kyiv has not been made.

Channel One music director Yuri Aksyuta told RIA: “I do not know where this information came from. The candidate who will represent our country at Eurovision this year has not yet been selected. We can consider Alexander Panayotov and other artists. We have a number of artists to potentially consider as candidates.”

At this stage, the only thing confirmed is that Channel One will use internal selection to pick their act for Kyiv.

What do you think? Should Channel One select Aleksander Panayotov for Kyiv? Could he give Russia its second victory? 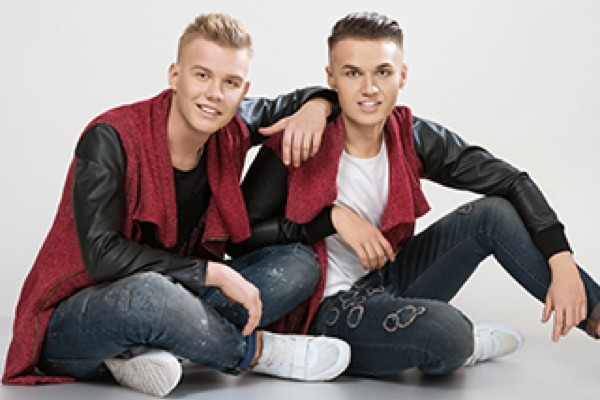 @Russian Romeo Loves You
” And nothing can change their reputation in Ukraine”. Oh you are so wrong! Ani Lorak lost majority of her fans there, her concerts across Ukraine back in 2014 were not a success, and she haven’t had any concert in Ukraine since then.
I am absolutely positive Vremiaisteklo won’t represent Russia, and it is not true they spend most time in Russia. All their videos were shot in Ukraine, and they are under Ukraine’s Mozgi Entertainment producer centre. Moreover, their producer is Potap who is a judge of Ukraine’s The Voice together with Jamala.

Kobzon is banned from entering Ukraine

Anastasiya
“you should check more of his performances to understand that we lost our only chance to win the whole thing.”

are you saying Kobzon died? LOL do you Russians have any local Russian native singer to save your pride (oops, whatta lgbt word, should I say “hopes”)? pick Kobzon then if Ukrainians is the only sourse of your voice talents 🙂

Vremya I Steklo produced by Potap who is already on bad terms with Ukrainian people for his Russian songs. if his band Vymya i Svekla will sing for Russia then Potap will have to find new home in Russia too. I doubt he’s ready for such move. Actually I doubt any of current Ukrainian singers or bands will want to be used by Russia and to represent them in ESC in Kyiv. that would be their death as an artist, they won’t be able to return home and sing for Ukrainians.

Why chose the artist and not the song first! I am a big looren fan but if another artist deliver a better performance and song in our swedish melfest … Well than offcourse that song would get my wote. And I don’t think that the voice is the most importent. Loreen will always be my number one. But that has nothing to do whith it! Russia, don’t focus on the artist first!

@Russian Romeo Loves You As for the VremyaISteklo, you’re wrong. They record most of their clips in Ukraine, their production center is located in Kyiv, even all their contact phone numbers are Ukrainian. Even if they get a good income from sales in Russia, it does not mean that they will agree to represent another country. Thanks for the information about BlaskStar, I thought it was the name of the Russian group 🙂 Maybe listed singers are popular in Russia, but none of them are extremely popular outside of it, personally I have only heard about Timati and Egor Kreed.… Read more »

@Anastasiya
You don’t live in Russia, do you? So you probably don’t feel that for now Sasha Panayotv is still a nobody here. Let him go to the contest, if he is chosen by some mirracle, and prove that he is better that the Russian singer who could afford performing in whatever pants he like years ago and didn’t rely on his Ukranian origin like Sasha does. It is not a good idea to humiliate one artist in order to advertise the other, mmm?

@Skimur Ani Lorak and VremyaIsteklo earn about 90% of their income in Russia. They spent most of their work time in Russia too, even record their singles in Russia, in Russian and for Russians. The thing that they are Ukrainian citizens (Ani Lorak is Turkish citizen, if I am not mistaken) doesn’t mean anything. And nothing can change their reputation in Ukrain. Ultra nationalists hate them and will continue to hate, others don’t give a f*ck. BlackStar is the most successful music label in Russia. It’s associates are Timati, L’One, Kristina Si, Mot, Jigan, Egor Kreed, MC Doni, Natan and… Read more »

@Russian Romeo Loves You
IOWA, MBAND – quite possibly.
VIA Gra – doubtfully, because of their producer – Meladze – organizer of the Ukrainian National Selection.
BlackStar Label – I have no idea who they are, I doubt at their popularity.
Vremya I Steklo – it`s` a Ukrainian group, produced by Ukrainian label, why would they want to represent Russia?
Ani Lorak – I am sure that she will not agree to represent Russia because she knows that it will be taken by the Ukrainian audience as the public insult, and irreversibly lose her fanbase there.

@Anastasiya I read the terrible news today too. With him we could win! So unfair …. I can’t guess who will represent us but please no Darya

@Maclaren I don’t know anything for the rumors about Egor. There are also some rumors about Darya Antonyuk who won the 5th season of the voice instead of Panayotov ( very unfair IMO) .Let us hope Moscow 2019 ( Panayotov 2018) Because we lost the only chance of winning the contest.

@Anastasiya. Oh, is it a fact? I am actually disappointed, I was looking forward for having such good vocals at the competition. I did not mind pink pants or trousers either to be honest (in fact I quite liked them 🙂 ). However I was ready for this change to something more sublime. Oh well… and what’s the rumour on representation? My Russian speaking colleague mentioned Egor KreeD?

Guys I just learned from a friend of mine who works in channel 1 that he won’t represent us. It is very sad because people from my country know how much he deserves it. All the comments are so dissapointing here. This woould be our best act. He is attractive , he has an incredible voice and he actually sings with passion and emotion. It’s true that the coiver of careless whisper doesn’t show it but you should check more of his performances to understand that we lost our only chance to win the whole thing.You guys what do you… Read more »

Russia whould not be in ESC at al. ESC are not for contrys WHO starts war. And are homophobiqs.

That’s the most unfortunate YouTube thumbnail of all time, isn’t it? I need something interesting from Russia this time around, they’ve had four years of formulatic songs with little recognizably Russian elements in them so now it’s time to hear something different.

Taking into account what singers have been recently received in various Tv shows on channel 1, and the activities of music producers, I can say almost certainly that one of the following are going to represent Russia this year: IOWA (originally from Belarus), VIA Gra(producers have Russian and Ukrainian citizenship, some past and present members have been from Ukraine), MBAND (popular as well in Ukraine, they are allowed to enter Ukraine), BlackStar Label (some members are extremely popular all over former USSR countries), VremyaIsteklo (both members are from Ukraine), Leningrad (if Russia is aimed to give a political statement. The… Read more »

I guess everybody’s personal reaction to an artist is different. Respect Robyn’s view, but I personally find Sasha P. quite interesting to say the least. Vocally he is kind of a male version of Adele. Emotionally he might seem to be more on a reserve side, agree. But hey, last year Russia’s contestant was overtouched and over-squeezed by various Wiwi bloggers due to his openness and approachability. Some diversity I guess.

Few thing to say here: I saw his blind audition at “the voice” and I was amazed. He has a great voice! I also listened to “Careless Whisper” above, which is one of my favourite songs by George Michael. I was so excited at the end of the song. I really enjoyed! If Russia chooses him, I will be very interested in the song he’ll sing. It’s the only thing that concerns me. What we know for sure is that Russia will do her best in order to have a song that will do well or even win ESC. They… Read more »

I don’t think that Russia has the courage to send Little Big, they are much too interested to play it safe, and win it as soon as possible.
Also Azerbaidjan is a country who wants to win at any cost, and if you want to know why, then I think that british/american John Oliver will give a clue.
https://www.youtube.com/watch?v=SWlX5G7TDgQ

I think Russia would select Sergey Lazarev. He recorded song in studio on December. Sergey is so ambitious so he want to win Eurovision as like Dima Bilan.

Russia need to go back to their legendary peace ballads.

@Robyn Gallagher totally agree. He is much of a cover artist. Being in Russian show business for 14 years he has managed to release only 3 albums, none of which hit top-100 charts of Russia. And he doesn’t even have support and fanbase. The only reason he will be chosen is that he is of Bulgarian/Greek decent, born in Ukraine. However a lot of more talented artists can also be selected by that criterion. Russian Eurovision fans need revolution. I’d vote for Little Big.

@Cooky – yep, some rock would be great I think Russia needs some kind of change of musical direction. Their entries since 2011 have mostly been quite lame in my ears. They might have done well, but Russia do well with anything these days 🙂 Too many contrived, unorignal songs, so obviosuly tailormade for ESC. Just dull. However, I liked the in the years 2000-2010. They usually had a good span of different music styles, and didn’t try to sound cliched for ESC. Just more typical Russian music I suppose. My favourite song from Russia is “Lady Alpne Blue”. Great… Read more »

Three weeks later…they select him. We know how this thing goes.

They ought to go with a rocker this time. Maybe Nargiz, no?