In 2016, following years of internal selections and years of the public moaning that they wanted to have a say, producers at the BBC staged Eurovision: You Decide — a public selection determined 100% by a public vote.

But following Joe & Jake’s 24th place finish in the Eurovision grand final, the Beeb is bringing in a professional jury to help decide who will win the golden ticket to Eurovision 2017 in Kyiv.

They announced the news under-the-radar in the show’s online programme description, a portion of which we’ve pasted below.

The selection show sees six shortlisted acts take to the stage in a bid to impress the viewers at home and a jury of music professionals. An expert panel is on hand to offer their thoughts on how the songs could be made to look and sound on the stage in Ukraine. After the telephone and on-line vote has closed, the public votes are amalgamated with the jury vote and the winning song will be revealed!

Speaking to wiwibloggs earlier this week, officials from the BBC press team revealed that they’re now selling the last batch of tickets following brisk sales over the past month. Ticket prices for the 2017 show are down from 2016. Tickets for standing areas are £34.25, while seated areas are £37.00. Last year, tickets set back fans £45.00.

You’ll want to pick these up fast as forthcoming announcements — including special guests and the names of the celebrity panel — are likely to set interest soaring. Alexander Rybak has already confirmed his participation.

The tickets are not geo-blocked and you can purchase them from anywhere in the world.

Being on-the-scene will bring still more rewards. “Audience members will also be able to witness a true Eurovision experience as more events are planned before transmission, again to be announced,” our mole tells us.

Back in October Danish artist Emmelie de Forest, who won Eurovision 2013 with “Only Teardrops”, revealed on social media that she had been attending a songwriting camp focused on writing for the British national selection. Busy in the studio

Denmark’s third Eurovision winner posted a series of videos and photos to her Snapchat account (emmydeforest) which showed her hard at work at Medley Studios in Copenhagen.

The caption on the photos described Emmelie as being at the “Writing Camp for Eurovision songs for the UK Eurovision #medleystudio #copenhagen”.

It’s not known if the songs created at the Danish songwriting camp were entered along with the public submissions, or whether they were considered as part of the BBC’s direct liaising with industry experts.

In recent weeks speculation has mounted further still, as Emmelie has posted a series of Instagram posts from London in which she says she’s writing songs.

On Wednesday she posted another snap from the British capital. It shows her wearing a body-con dress and looking absolutely fabulous.

The caption simply says “Meetings in London” — which many fans are assuming involve the BBC, which is currently finalising its plans for Eurovision: You Decide. 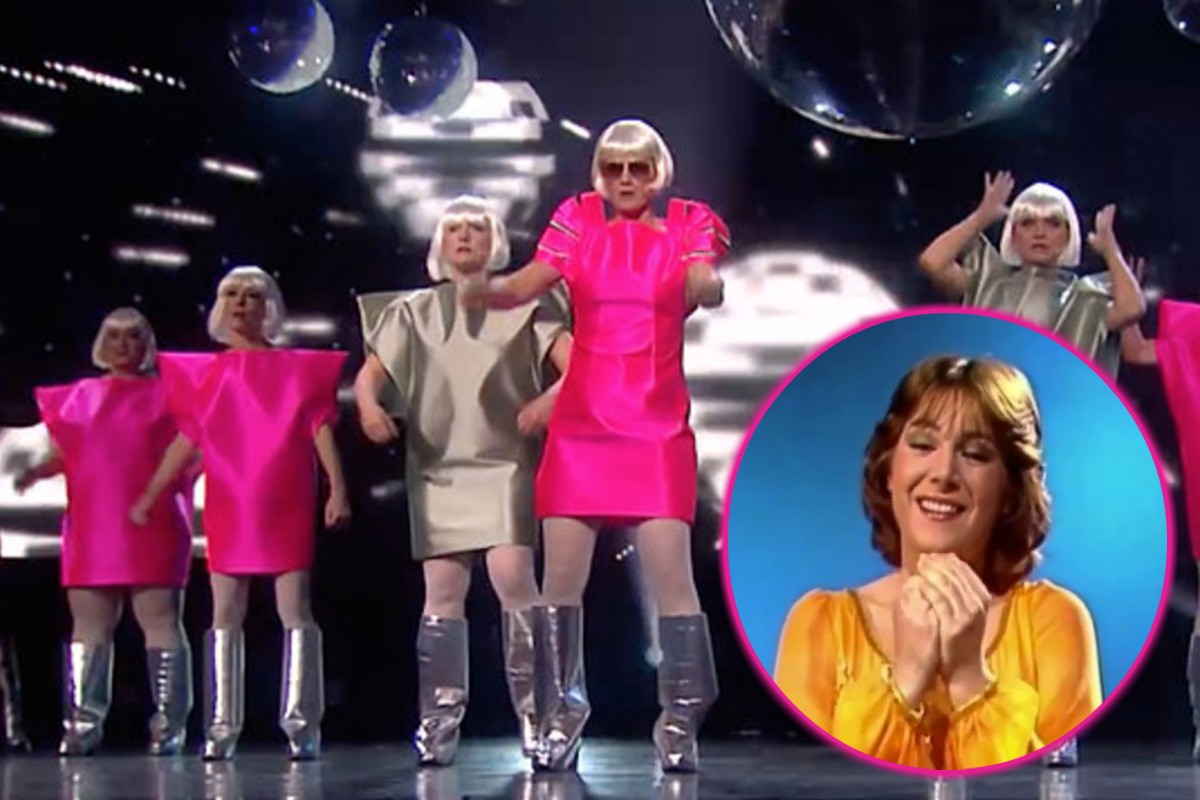 Fatima, my understanding is that the professional jury is distinct from the “expert panel” sitting onstage. The jury will be off-screen. That’s how I read it, anyhow.

Remember, it was the BBC “music experts” who went with Electro Velvet.

And of course no one – expert or otherwise – can evaluate the performances properly if you have incompetent audio mixing.

And if you have six 24th-place acts competing, you’re going to come in 24th regardless.

There’s nothing in this announcement that gives me even a sliver of hope that the UK’s long national nightmare has ended.

No point choosing between six acts if none of them are any good.

emmelie looks fierce! that’s all i got to say.

I don’t think Joe & Jake will be coming back soon. They finished near the bottom after all. I’m guessing they are there to perform that song, and maybe give advice to the contestants or even be jury members. I could be wrong though..

Good move from BBC, they seem to finally listen to their audience. A jury is always a good move.
But it of-course depends on the jury. If Graham Norton is there it might go both ways. If there are music professionals we might be on to something

I reckon they should allow an international online voting just like Latvia’ Supernova. Most of the little kiddie voters will be flooding the net and phones like they did last year that’s why J&J won instead of Bianca..

@Mario=Legend: Joe & Jake won the 100% public vote last year. And the social group I go out with still remembers them as our entry from last year. Whereas, who sang for the UK in 2015? Errrm…

As Robyn has hinted, a lot depends on the quality of the panel. If it’s going to be characters like Jonathan Ross or Lorraine Kelly then there’e no hope at all. It really needs to have an international flavour, because ultimately it is they who are going to pick the overall winner.

As Robyn has hinted, a lot depends on the quality of the panel. If it’s going to be characters like Jonathan Ross or Lorraine Kelly then there’e no hope at all. It really needs to have an international flavour, because ultimately is is they who are going to pick the overall winner.

In what world are Joe & Jake loved in UK? Line ten people up and be lucky for one of those to recognise. Please not them again. Emmelie de Forrest song sounds promising indeed. 🙂

If she’s in as a songwriter then clearly it’s an upgrade from last year! Hope for some more quality songs from the UK and maybe it’s time for someone at least semi-well-known to step up..although this seems unlikely..Last year it was a very bland selection..there’s always room for improvement! Best of luck to them

@Mark C: Good question. It’s usually at the beginning of the last week in January. So either the 23rd or 30th of Jan would be my guesses. I haven’t seen confirmation either though.

@Craig: Joe & Jake are still loved in the UK. And if it’s a BBC show aimed largely at the female (and gay/bi male) audience, then the appearance of two hot young men is a formality, surely? 🙂

On an unrelated note, does anyone know when the semi-final allocation draw is taking place? It is usually in January but I cannot find a date anywhere.

This is another step in the right direction from the BBC. Still a bit gutted Bianca didn’t win last year.

Lovely as I’m sure Joe and Jake are, they finished 3rd from last, i can’t imagine they’d be coming back any time soon.

Well, I’m looking forward to it. I got my ticket ages ago. 🙂
I’d be honoured to see Emmelie de Forrest, either as a judge, a songwriter or as a singer. I’m most excited about Alexander Rybak, and possibly Katrina Leskanich if she’s there again. (She was last year.) Joe and Jake would be smooth icing on the cake, LOL.
P.S. Someone suggested to me that the band ‘London Grammar’ could easily do this, until I reminded him that they already have a major record deal. And Eurovision UK doesn’t like that. Ah well

i though it was a press release. it might not be true.

anyways, i do see it going like strictly where the expert would reveal their score first the public vote

I hope they will do well this year.

I think this can only be seen as a good thing that the juries will vote alongside the televote, and it actually seems like the BBC is stepping up their game this year. I pray we aren’t being given false hopes!!

@Liam hall
It’s possible, but it seems like they’ve either got a new single or album coming up so I guess they’ll do You Decide as promotion for that.

If I had to guess, it might be that they’ll be part of the ‘Expert panel’ even though they can hardly be considered as experts.

imagine emmely and loreen competing against each other in kyiv… 2012 winner vs 2013 winner xD altough i have a feeling emmelie would probably flop while loreen would go for another top 10 placing.

It’s also worth a mention that joe and jake have said they have some exciting news coming this month so they could be revealing that they are competing in this year’s “you decide” aswell. I’d be surprised but you never know.

Yay!
I do think in there was a jury last year Branch would have been selected and probably have came top 10 at eurovision.