A Dal 2017, the national selection for Hungary at the Eurovision Song Contest, kicks off tonight in Budapest with its first heat — and 10 very ambitious acts. So two days ago we launched a flash poll on wiwibloggs to determine which six acts should qualify for the semi-finals. Hungary have faired consistently well since their return to the contest in 2011 – making the final every single year. Who of these acts has what it takes to take Hungary back to the final?

After counting 1,472 votes, we can now reveal that Calidora has come out on top with “Glory”. She earned 318 votes (around 22% of the total). The mid-tempo electro ballad, one of the few performed in English in this heat,  showcases Calidora’s beautifully breathy vocals.

Third place went to A Dal returnees and 2017 favourites Spoon 21 with their song “Deák”. Their entry rides the radio-friendly 2017 wave, serving up some Years and Years realness. Their spunky looks combined with a much more mature sound than their last effort in A Dal earned them 303 votes, or 21% of the total.

Normally we would only recap the top three in our poll, but Benji deserves a special shout-out for his song “Karcok”, as he only just missed out on the top three. His powerful ballad, which combines a Troye Sivan-esque electronic sound, scored well with voters, receiving 289 votes, or 20% of the total vote. 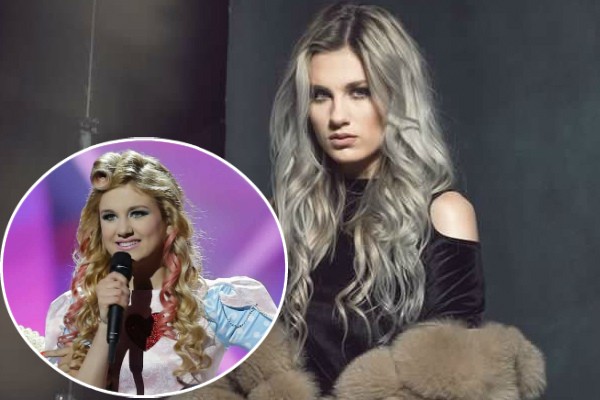 Serbia: Moje 3’s Nevena Bozovic wakes us up with “Siesta”

Wow that poll is close!!

Is there a stream for this show. I want to watch the recorded feed.

Absolutely love Spoon 21’s song…I’m sure they’ll get through and do well in the final! Very modern, fresh and catchy song! Hungarian language realness! 🙂

Spoon 21 is my favorite of ALL available songs in this years preselections 🙂 LOVE IT!!! Would be a PERFECT Eurovision winner 😉

When I voted yesterday they had 50% of the poll.

My favorite for the whole contest is Spoon 21! I also want Calidora, Benja and David Henderson to qualify.

“White Shadows” is giving me life.

You don’t know how cheesy and bad the lyrics of Deák are. It has a nice tune but the lyrics completely ruin it.

I feel like I’m the only one who doesn’t like Spoon 21’s song. I find it super bland and monotonous, so I’m happy to see that someone other than them won this poll. Can’t wait to see Totova perform in the upcoming weeks!!

Spoon 21 is definitely the best! I didn’t expect the poll to be this close

“Deák” is easily the best

I didn’t know Calidora was that popular, interesting! 🙂 I hope she won’t get the same result as last year’s popular song, ‘stardust’ by Odett. :s

Marco: Yes, they are the same group, but they had to change their name because there was already a band named Spoon somewhere in the USA.

Calidora is my second place from the entire competition, her song is so magical, I love it!
My first place is Deák 🙂

calidora is definatly one of the best songs of A Dal

I don’t like the top two.
David’s song is particularly awful. I hate the sound from the chorus. What is up with that?

Wow, I expected Spoon 21 to win the poll in a landslide, because many people love their song. I really like it as well, they are my second favorite. Calidora rightfully won. Very interesting and unique song. Dávid is overrated.

Wait… Is Spoon 21 the same group that competed in A Dal 2015? Their song was called something like “Keep Marching On” I think

Calidora the best from this Heat!