In 2015, Andreas Kümmert — the winner of Germany’s Eurovision selection — refused to represent the country in Vienna. One year later the drama continued with popular soul singer Xavier Naidoo, who was forced to withdraw his participation owing to a history of controversial comments. Now, just weeks ahead of Germany’s Eurovision selection show Unser Song 2017, NDR faces yet more drama: Sadi, one of the five singers chosen for this year’s national final, is no longer in the running.

NDR revealed the news today, stating that 19-year-old Wilhelm “Sadi” Richter decided to withdraw from the competition on his own accord. The singer released a short statement earlier today through NDR’s Eurovision website.

Reports about me are causing so much trouble. I would first like to clarify and process this. I myself am amazed at what I am accused of. I was totally looking forward to attending, but I would not want to do it under these circumstances and that is why I will not participate on 9 February in Cologne.

The rumours and reports about Sadi have been extremely muddled and unclear, and accusations remain just that: accusations. However, German tabloid BILD has revealed what it says are the reasons behind Sadi’s withdrawal from the contest.

According to the paper, the singer faces a court date before Dortmund Youth Court over allegations of fraud and theft, both involving improper transactions on eBay.

He is also accused of gaining access to an apartment in order to steal valuable items. The singer is alleged to have offered a cleaning service on the Internet together with a young woman. A man from Düsseldorf — Eurovision 2011 host city — paid for his apartment to be cleaned and handed over his keys…only to find that his apartment had been emptied of valuable possessions including a Playstation 3, a television and a bottle of schnaps.

According to BILD this won’t be Sadi’s first court appearance. In November of last year he reportedly paid a fine for  infringement of trademark law.

Of course it’s sad that we won’t see Sadi singing on 9 February. But NDR hasn’t wasted any time finding a replacement.

Half-Swedish singer Yosefin Buohler — probably the most famous and most experienced singer in the upcoming German selection — will take his place. She currently lives in Stockholm, where she took part in Swedish Idol in 2013. That is, of course, the same show that helped launch the careers of Eurovision winners Loreen and Mans Zelmerlöw.

Yosefin made it to the Top 20. But that’s not all. The same year she sang Germany’s national anthem ahead of its World Cup qualification game against Sweden. This girl is building bridges!

So with Yosefin back in the running we now have five candidates who will fight to represent Germany in Kyiv.

What do you think of the drama in Germany? Will you miss Sadi? Do you think Yosefin is a good replacement? Let us know in the comments below. 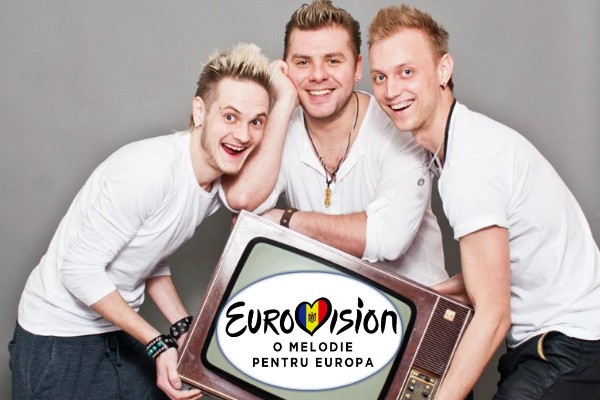 @an esc fan: Ah, but Trump didn’t have to deal with “contractual commitments” that a musician would have. Also, being seen defending himself with the legal case became arguably positive for Trump’s campaign. Not to mention that Trump has a lot more lawyers and a lot more money behind him. There is really no comparison.
Anyhow, have a good weekend. x 🙂

@ Essy : ”Sadi’s own descision to leave the contest”

It was, as usual, a courtesy from broadcaster, like : if you leave by your own decision, you will look better than if we disqualify you.

@ Purple Mask
The world is full of legal problems, Trump was in campain and he had a date for going to court. Nobody’s life stops because has legal problems.

As German I want to clear out, that it was Sadi’s own descision to leave the contest. Based on the comments I’m not sure if you just got the text wrong or something else…
Secondly: The “best” choice? You can’t say that, without knowing the songs. Even after Lena won the competition many many germans still hated on her…until she won Eurovision 2010. After that, suddenly it was “their” Lena, who won the contest. Double standards all the way…just wait for the songs. You can hate afterwards when we got last again…or not 🙂

@an esc fan: A court case takes time away from the music commitments whether or not one is innocent or guilty; unfortunately that’s just a fact. It’s still very sad.

@ Purple Mask
” matters still to be resolved in court, then obviously it’s a distraction from the music”

What about innocent until proven guilty?

Germany, stop being so righteous, he is not competing to become chancellor, let him participate, or send Xavier Naidoo, don’t be afraid of boo-ing, look at Russia!
Your sabotaging yourself trying to be perfect and sending only cute girls.

If it was a past convicted criminal background, there should be no issue. But, if there are matters still to be resolved in court, then obviously it’s a distraction from the music. It’s very sad, because I like his voice. 🙁

This is totally bad luck for Germany. The country that gave the world Brahms and Beethoven will be last in ESC three times in a row.

I love the German Drama. So much fun 🙂

I think Yosefin is a much better choice than Sadi. I’ve heard some of her performances, and I have to say, I’m impressed.

Omg only good choice for Germany. Ok choose next newcomer girl and be last again 😀 My opinion: Choose Xavier Naidoo or Sohne Mannheims internally and stop with this stupid national final! Germany has too much what they can offer. And they are making bad decisions again.

It’s better for Sadi to leave now rather to have the possibility of winning because if he won, all his criminal past will be revealed.
I think Yosefin is probably the best choice, she has personality and maybe some Swedish genes can get Germany back on track.

Sadi was my favorite and best choice for Germany.