She closed out 2016 with a stirring and pared back cover of Jessie Ware’s “Champagne Kisses“.

And on Tuesday Eurovision 2014 winner Conchita Wurst continued to work her magic on existing songs, releasing a cover of Justin Beiber’s global hit “Love Yourself”.

Her first release of 2017 does not disappoint, once again demonstrating her power to make a song her own by adding emotion and some killer vocals.

Like many of her recent releases, Conchita takes a stripped back and acoustic approach.

The monochrome video features plenty of close-up shots of Conchita thinking about the lyrics of the song, which snakes through loss, pain, anger and self-belief.

As she mouths the lyrics you get the sense she is thinking of difficult times from her own life, creating a video that’s believable and powerful in its simplicity.

The queen of Austria is joined by Severin Trogbacher who provides backing vocals and the guitar accompaniment. It’s a collaboration we hope to see and hear more of.

Conchita fans will undoubtedly be waiting for more new releases in 2017. Could her latest series of releases be the calm before the storm?

What do you think of Conchita’s cover of “Love Yourself”? Do you want to see more acoustic covers from the Austrian diva? Let us know in the comments below. 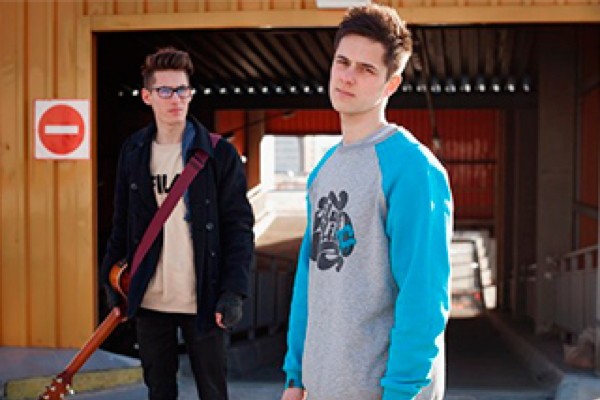 Belarus Wiwi Jury: Nikita Hodas with “Voices in My Head”

I love her version a lot <3 QUEEN

Her winning is the worst thing ever happened to esc

And that’s actually the most diplomatic and polite way to answer your post……what a fanatism!

Conchita, SHE rules, Tom rules, we LGBT people are the future of the world, homophobics can cry louder until your death, we just laugh, primitives!

Not a Bieber fan but this hits me right in the heart with the dark proud voice and if tat is not enough she nails you with that unbreakable look from her eyes! Bravo Conchita!

@George: No, Conchita, as artistic figure, is actually a girl. The person behind Conchita, Tom, is a man.

I can see why the song was a hit, but I’d prefer to hear something original.

I love this new coversong! I prefer Conchitas version to the original: her voice is so powerfull and emotional!

I love both new coversongs sooo much!!! Conchita sings them better than the originals. Much better!!!

Wow, I already forgot about her

Wow, I love this. Conchita, you are my favorite Eurovision winner of all time, and I love it when you release anything new!

The beard has definitely gotten hairier and less sprayed on. 🙂

I’m still loving her beard after 2 years XD. I’d prefer this cover over any of Justin Bieber’s songs (though maybe it’s because I just don’t like the personality he has in public). The best part of this cover is from 2:42 to 3:00 for me. I love the way she makes those “duh-duh-duh-duh-duh-duh-duh”s (idk why) :).

Wow! How’s beautiful is this?