On January 18 Italy suffered another terrible series of earthquakes. During the morning, and early afternoon, four quakes above magnitude 5 rocked Central Italy, causing a heavy avalanche at the Hotel Rigopiano.

Located at Farindola, a town in the province of Pescara, in the Abruzzo region, the luxury mountain resort is one of the excellences of the Gran Sasso e Monti della Laga National Park.

A huge structure of three floors, now reduced to a single plane in which over 25 people — among guests in addition to employees — are still buried under tonnes of snow and debris. Four people were found dead. Gianluca Ginoble, member of the trio Il Volo, spoke to ANSA — the leading wire service in Italy — revealing he could have been there.

He’s in shock: “I had to be there at the Hotel Rigopiano during this time. I have miraculously escaped the tragedy but I’m desperate for what happened and for all the victims. It was a beautiful place and Roberto, the owner, is a dear friend”.

The singer, who was born in Roseto degli Abruzzi — a town in the same region devastated by the earthquake — said that the owner of the hotel, the architect Roberto Del Rosso, would have to pick him up on Tuesday, January 17, to take him to the hotel for a few relaxing days.

“I’ve cried all night long watching the news on TV. It’s a drama and I could be down there. That place wasn’t dangerous at all, it was a magic venue, wonderful, where you go to reconcile with nature. The annexe was a dream — it was called The Cabin in the Woods. In that hotel I’ve been several times, I’m a friend of Roberto, he was working on the project of my own house and also for this reason I should have been there, in peace and friendship”. “I fear the worst for him” says the artist with subdued sadness. “I’ve received his last SMS on Tuesday evening. That day, in the morning, at 9 o’clock, he had to pick me up but he didn’t do it. The evening he wrote me ‘Abruzzo is sorely strained in these hours’. Then nothing, yesterday evening I’ve tried to send him an SMS, but he didn’t answer… I’m speechless”. At the time of writing, Ginoble’s friend is still among the missing people.

“We’ve got in touch almost every day. In one of his last SMS he wrote ‘Together we have a mission, enhance this wonderful region, Abruzzo’. The hotel was also frequented by many celebrities, There had been Giuseppe Tornatore [an Italian film director and screenwriter, who won the Academy Award for Best Foreign Language Film for “Nuovo Cinema Paradiso” in 1990], who would have to return in May, he told me. And now all this snow, and the earthquake gave the final blow. Rescuers are doing the impossible, but the Hotel Rigopiano is no longer there”. 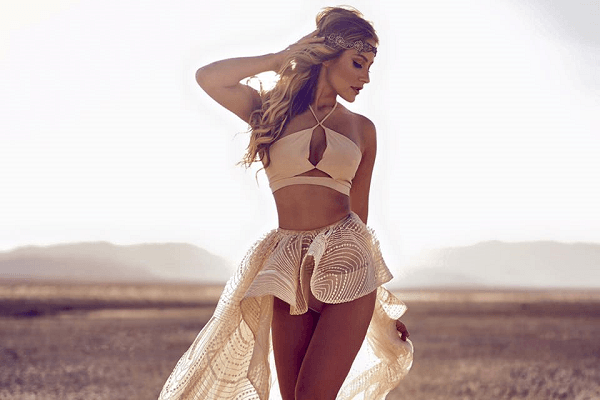 I have recently started a website, the information you offer on this web site has helped me tremendously. Thanks for all of your time & work.

I love Gianluca Ginoble as if he were my son!! I would have died if something happened to my baby Gianluca!! I am so relieved that he escaped!! God bless him and protect him when he travels!! I also am heartbroken about Gian’s friend Roberto , who was the owner of this hotel and the other victims! God Rest their soul and console their families!!

I’ve heard the good news that were survivors, but I had no courage to hear about the number of deaths.
Italy has many small hotels in mountains, and also old houses with historical value, where people live in, and has always lived in, so I’m very worried about this big number of earthquakes.

I apologize to all the readers. In the title I wrote there was a typo. It was supposed to be “fate” not “faith”. Sorry for the misunderstanding.

I agree that religion has no sense, but I understand people who are just happy to be alive, it’s a natural feeling.
Also I’m sorry for Italy, so many earthquakes and so many houses with historical value where people still live. Very hard to find a solution in near future.

Jason shut up. Let people believe in a god. Let them be angry. just shut up. My respects and tears go out to all those who are lost…

To say one was blessed or miraculously was saved by faith is extremely offensive to the people that were directly impacted or killed by this. Where was there luck? Their “faith”? Religion makes zero sense.

How sad for you not to believe in God. Everyone dies and will then believe whether they want to do so or not. God has a plan but will not force Himself on you or anyone else. You can not understand Who you do not know. Seek Him and He will find you and reveal Himself to you. Stop running away.

My heart is breaking for Italy. Too many natural disaster in the space of less than a year. The thought that Gianluca Ginoble could have perished in this avalanche is so scary. I am happy he escaped, but I am still very saddened by the huge loss of life in this terrible disaster. My thoughts are with the victims and their families and friends.