Look north, close your eyes and take in that Baltic pop! That’s the mantra of the Wiwi Jury — our in-house panel of music unprofessionals — as we continue reviewing the songs competing in Eesti Laul 2017. Next up is Lenna Kuurmaa, who previously competed at Eurovision for Switzerland in 2005 with “Cool Vibes”. She’s back for Estonia with “Slingshot”. Were we in her firing line? Read on to find out!

Josh: A vast contrast from “Cool Vibes” from Eurovision 2005, “Slingshot” is an inoffensive pop track that could at a minimum get Estonia back into the grand final. Lenna’s voice is flawless and complements this style of music perfectly.

Jason: “Slingshot” is a well-crafted track and Lenna’s pleasant voice serves it nicely. However, this song has a lot of unrealised potential. At the moment it is stuck in a rather inoffensive adult-contemporary form, when it could be much, much more. Think more drama and less Disney soundtrack filler. Not bad but absolutely forgettable as it is.

William: “Somewhere in the sky there’s a rainbow,” she says. And if it’s as lovely as Lenna’s voice then I want to see it! But not for three minutes. I appreciate her ethereal vocals over the piano, horns and electronic sounds, and the fact she’s managed to update the traditional Eurovision ballad. But after the first 90 seconds I’m a bit bored. This is great as backing music in a movie — a blockbuster, even. But it’s not going to have an impact on the Eurovision stage.

Robyn: “Slingshot” is a bit too nice. Everything about it is very pleasant and inoffensive. So it leaves me wanting more, craving a few rough edges and some attitude. Having said that, I actually think it could do reasonably well as a Eurovision entry, and could at least get Estonia back into the final. But let’s not examine that iffy slingshot metaphor too closely.

Chris: This is a song that wants to be anthemic, but really doesn’t manage to get there. It needs more life, more drama: something. Either the trumpets need to be removed or throw even more in, because they’re the odd one out right now. If that were fixed, I’d enjoy this a lot more, because Lenna really sells it. Let’s hope there’s some good staging to get her through Eesti Laul with the song as it is.

Anthony: It’s hard to believe Lenna Kuurmaa once represented Switzerland in 2005. “Slingshot” is a pleasantly crafted entry and brings out a more subtle side of Lenna. If Estonia decide to send a former Swiss act to Kyiv, I’m hoping the Sia-esque vibes of “Slingshot” means a hark back to Lenna’s “Vanilla Ninja” days rather than last year’s Rykka mess.

Steinunn: It is a nice melody, Lenna has a nice voice and overall the song is nice. But that is kind of the problem — it’s just nice. There is nothing remarkable about the song but at the same time there is nothing terrible either. The worst thing to say is that I think the lyrics are a bit weird, but Lenna’s voice evens that out. A nice song but not a winner.

Zakaria: “Slingshot” is one of the very few songs in Eesti Laul that I could listen to until the end without wanting to skip it. Still, the song lacks a wow moment. It feels like Lenna is playing it too safe with this one. If this song makes it to Kyiv, it might give Estonia a very narrow qualification at best. 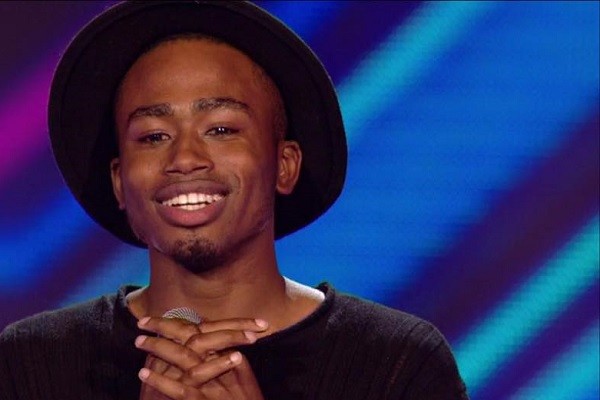 UK: Wiwi Jury reviews Nate Simpson with “What Are We Made Of” I think this song is absolutely fantastic. It’s like Anouk became exciting and released something replaying all over.

Interesting song. Beautiful voice. I like it. Not a huge fan though.

I agree with the reviews, it’s a nice song, maybe too safe, but I think there is more potential on other entries

I really like this song, a bit cheesy chorus is well saved by her voice and trumpets. I hate with passion part 2:00-2:20 though. How the heck did those teen ‘ooo-oooh’ ended up in this accurate modern ballad? Still – in my top, I’ll be pleased if she will slay Elina, for sake of EL’s future rosters.

It reminds me of “My Mamma Said”, by Aqua – in a mix with Sia. Great song… Not remarkable, though. Maybe they have wasted its potential.
6,5/10

It’s the typical euro-ballad I love. Her voice is so nice. Second in my entire top and very close to my favorite.

@Purple Mask – I will use he, she or they depending on what you prefer. 🙂

Personally, I think Leena is my 6’th/7’th of Eesti Laul. A calming, cute song.

My Top 5: In or Out, Verona, Spirit Animal, This Love, Hurricane, and not necessarily in that order. Either would be good for the win IMO.

@Colin: I had a typo there: I meant she would be OUTSIDE the Top 5 of Eesti Laul unless there was a great live performance, then I could see her getting as high as 3rd.

@Colin: Haha, indeed. I also think Lenna will be in the top 5 of Eesti Laul. Maybe even as high as 3rd. But, not 1st with this song.

The he/she thing is a bit of an open question with me. Visually a he, vocally a she – people call me “madam” over the phone, and after Conchita’s win in 2014 I don’t really care any more. Being somewhere in between is fine for me personally.

@Purple Mask – This time it’s me who says: What (s)he said. The song is cute and melodic, but definitely needs an extra oomph to enter my Top 5 of Eesti Laul.

I really like it.
I think it is a top five song from the Estonian selection and fits in just below what I think is the clear winner. Her live vocal last week was excellent and elevated the song whereas other performers let down decent songs with poor performances.
It does get repetitive and is not the most replayable of songs but for a one time listen, it should do well.

Lenna’s voice is still unmistakable after all these years. But, the song is a bit “safe,” isn’t it? The verses are beautiful and dramatic, but then the Choruses are safely happy with “one love, one heart, one home.” It’s a bit of an anti-climax for a ‘Slingshot,’ which depending on which book you read could either be a codename for a Weapon of Mass Destruction, or that thing David invented to slay Goliath. Lenna is fantastic on her own and could probably win on her own, but maybe not with this song.