Tallinn calling! The Wiwi Jury — our in-house panel of music unprofessionals — continues reviewing the songs competing in Eesti Laul 2017. Next up is Almost Natural with their song “Electric”. Were we electrified by their entry? Read on to find out!

Luis: “Electric” has superb production and I’d loop it on Spotify. However, it’s clearly difficult to find suitable staging for this song. It’s perfect for clubbing, but I’m not sure it’s ready for the Eurovision stage. Almost Natural have a very promising future, no doubt. “Electric” could chart across Europe, but I have reservations about this song in Eurovision.

Antranig: This song does not make a positive impression at all. It starts off with a soothing beat but the lyrics are quite unoriginal. I’m not impressed melodically, as the chorus loses the laid-back vibe that was interesting and turns into cheap pop. Vocally they aren’t bad but the song is very much forgettable.

Robyn: There are a lot of quite sexy songs in the national finals this year. When Almost Natural declares “the best I’ve ever been is skin-on-skin with you”, it’s pretty clear they’re not talking about shaking hands. “Electric” has a modern tropical house sound while keeping that Estonian cool. In this post-“If I Were Sorry” era, a song like this seems more likely to be a hit on Spotify than on the Eurovision stage.

William: Clearly a romantic, Almost Natural equates bodily pleasures with love: “The best I’ve ever been, ever been is skin-on-skin with you, skin-on-skin with you.” Lyrics aside, the song is pleasant enough — it’s a bit of electro-lounge, the mellow number to bring you down from your high. But it takes me down rul, rul low, to the point I’m dead. Not feeling it.

Chris: “Electric” doesn’t try and do anything to rock the boat — which can be an oddity when you get to Eesti Laul. To a degree, it works: it sounds like one of the most chart-friendly efforts from this year’s selection. My gripes are that it stays on that same, safe note the entire way through the song. I enjoy it for the first half of the song, but by the end I’m bored and looking to hit the “next” button.

Bernardo: Yaas, honey! The production level of “Electric” takes me to new heights. When listening to a club-ish song, people shouldn’t expect well-crafted lyrics. Production is everything here — and it delivers. For Eurovision? Don’t know. It fits my club night mood, not my Eurovision one.

Jason: “Electric” shows a couple of seconds of promise but rapidly goes downhill. I would totally like it more without the actual vocals. The guys talk-sing their way over the track and it really grates. On top of that, the horrendous lyrics make my skin crawl. Talk about creepy!  So in short, next!

Natalie: The beautiful and warm production of the song really hit home to me at the beginning. The lyrics are also so good, and delivered so well. But then it just doesn’t go anywhere. I know that the point of this song is to be smooth and understated, but in a sea of quite similar and more memorable songs, it might be hard for Almost Natural to stand out.

Before calculating the average score, the highest and lowest scores are dropped. This is to remove outliers and reduce potential bias. We have removed a low of 0.5 and a high of 7.5. 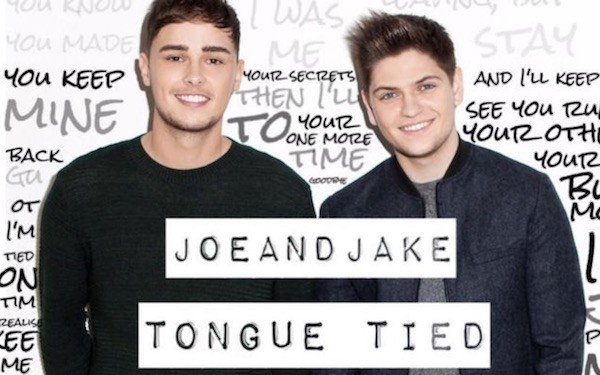 I totally agree with @Luis!
This is a song with a modern electric sound, suitable for a club, or any radio across Europe. This can easily be played on the radio. But I can’t see how it can be presented on a Eurovision stage.

This is one of those that I like the sound of, even if technically the song doesn’t have much content other than repeated refrains and repeated lyrics. The double-octave vocals are very clever, because they enhance the melody to the point that you’re only feeling one emotion (satisfaction). There are two problems with this entry: 1. I have already seen a live acoustic performance of this song for a radio station, and without the double-octave backing singer it falls really flat. 2. The live acoustic version enhanced the flaws in the song in that it sounded to repetitive and undynamic.… Read more »

@beccaboo1212
They’re not necessarily trying to represent Estonia, a lot of foreigners don’t seem to understand or know, that the main point of Eesti Laul is to introduce new music for the Estonian public. Eurovision is just a bonus for the winner. Usually half of he artists who take part of Eesti Laul don’t even have eurovision as their goal.

“Electric” is, of course, a decent title, but it’s also one o the strangest songs ever to try representing Estonia.

Awful. Everything here is cringeworthy.

It’s a radio-friendly song, but nothing more. That’s the problem with several Eesti Laul entries this year. Also, Antranig giving a low scores? I predict heavy rainfalls on Armenia after this! :p