She helped Samra prepare for her big moment at Stockholm during rehearsals last year. And back in December, Ictimai TV made the announcement Diana Hajiyeva will represent Azerbaijan in Kyiv. The broadcaster are now calling for song submissions until 10 February. That’s just over a week, so you better be quick!

There is no restriction on nationality and all composers will need to provide audio recording of the songs, lyrics and basic information about themselves to [email protected]. The songs must comply with the rules of the Eurovision Song Contest 2017.

Azerbaijan’s songs have consistently been composed by Swedish teams for much of the last decade. One notable exception came in 2013, when Azerbaijan turned to Greek composer Dimitris Kontopoulos. He of course is busy this year writing for Greek entrant Demy. Could the Land of Fire tempt him back to help Diana as well?

Another alternative would be to look much closer to home. Her last single release, “Esqini Asagi Sal”, was composed by Azeri rapper Uran. If it works for the band, why not see if it works for Diana by herself!

Diana’s guidance helped Samra finish 17th with 117 points in the grand final of last year’s contest, with her entry “Miracle”.

What kind of song are you hoping to hear from Azerbaijan this year? Let us know your thoughts in the comments section below! 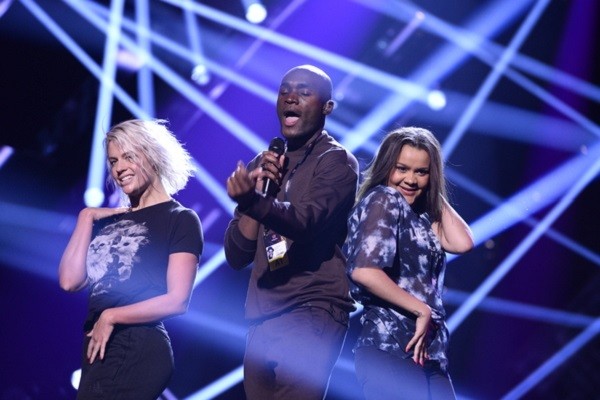 Hi, you used to write wonderful articles, but the last few posts have been kinda lackluster… I miss your tremendous posts. Past few posts are just a little bit out of track!

@Purple Mask, the thing is Ictimai tv announces song submissions every year but works with the same swedish staff again and again. So announcing something is just an illusion by trying to show that they give a chance to all composers. In reality, the committee seek ways to grab money from the Ministry of Culture with lame excuses like Swedes have got much better songs. Additionally, it has been years local composers state that they are not going to collaborate with Ictimai tv for such kind of manners. So the swedish course/curse will continue until Ictimai Tv collapses.

Please, no more Melfest reject songs sung by below average singers. Samra’s song and performance last year were underwhelming to say the least. I miss the days of Aysel and Arash!

It is a free world, artists can have foreign song writers, Sweden does what is best for it, but I blame the singers/countries because they worship Sweden. Why do they think that somebody, just for being from Sweden, is an alchemist and will give them pure gold? Is it because they won in 2012 and 2015? So what, suddenly you will take anything from them thinking you will win too? Look at that girl from Moldova with Akon plagiate. Swedish composers co-write the song, they had no idea that they work with a stolen song, and what she already had… Read more »

I’m surprised that there has been such a backlash about this. To all songwriters: it’s an open process. If you would like to sumbit a song in Azerbaijani then you are free to do so.

(I would submit an English song, but this year I’m too busy. Besides, Dihaj needs more of an edge than I could write for them anyhow. [I did give serious thought to writing for Ireland though, because of Brendan Murray.]

🙁 I was expecting her input and something original, even in Azerbaijani

@Michael – the only difference is that Lovewave was written and produced by an Armenian team and every other Armenian entry prior to that was produced by Armenians. Azerbaijan on the other hand has used Swedes or foreign composers 9/10 times.

And here I thought that Azerbaijan was going to produce their own song.

Leaving it this late means songs that were rejected from other national selections will be sent to them.

I’m sorry, but this is very late. Now you’ll just get song that were already written and put on a shelf “if needed”. Dumb decision in my eyes. Pray it works out anyway

Well, it looks like Azerbaijan is going back to having the Swedes write and produce the song, incredibly disappointing but not very surprising. Although, remember that Armenia had a similar process last year and we got Lovewave out of it.

Dihaj is a band. Diana and two men. We dont wanna only Diana like jesc fanatic. We want whole group with their own style. Azerbaijan, try something new. Band with alternative music omg!

And of course our dear ITV once again will go for a safe entry. Pity though.

Why don’t they just let her write her own track? She is very talented. She doesn’t need someone composing for her. I hope they don’t give her a cheesy ballad, a cheesy pop song or a wannabe alternative/rock track.

I hope she has something super alternative like LoveWave, which was my favourite song last year. It would totally fit her image.

Waiting for another melfest reject.

Let’s just hope no one criticizes the chosen song once it’s officially released. I expect something with a strong meaning, an expense music video, and killer lyrics.

By the way, DiHaj isn’t Diana’s stage name. As her Facebook page states, it’s the name of her collab group with two other girls.

Wtf? Let her write her own song, she has more talent in her toenails than most “artists” I’ve seen. I swear if there is one single Swede in her song’s credits Azerbaijan is CANCELED.

Wait
What?!
I thought she’s gonna do all things by her own!
Azerbaijan really needs to put an end on this!
Swedish craps aren’t working anymore

I predict that she will have an unispiring Swedish pop song, it’s a shame because she is very intersting

Here we go, our corrupted Eurovision committee is on their way to waste money on Swedish craps. Shame on, Diana if she is not able to keep her ground and preserve her own style as an artist for the sake of singing in an international contest.

i was really excited about dihaj but this is bad and frankly, kind lazy. i wanna see her having some input on the song… ictimai is just going to throw a random at her and it will probably gonna end up being a mismatch of style.