It’s the revamped national final hoping to give Germany its Eurovision groove back. Now German broadcaster ARD has revealed full details of Unser Song 2017. The five competing artists will perform their own versions of only two songs.

The five have each been working on their own version of two songs especially written for the competition.

The songs are “Perfect Life”, written by the American team of Lindsey Ray, Lindy Robbins, Dave Bassett; and “Wildfire”, written by the American, Norwegian, and British team of Tofer Brown, Marit Larsen and Greg Holden. Between them, they have worked on a number of hit singles including Demi Lovato’s “Skyscraper”, Rachel Platten’s “Fight Song”, Elle King’s “Ex’s & Oh’s”. Marit Larsen is also an established pop artist in Norway.

The national final, which will be held next Thursday, 9 February will involve four different rounds.

Round 1: All five contestants will each perform a cover song of their choice. It’s a way for viewers to get to know their vocal talents and see how they work as performers. There’ll be a public vote and the top three will move on to the next round.

Round 2: The top three will then perform their own arrangement of the first of the two songs especially composed for Eurovision. There’ll be another public vote and the top two acts will proceed to the third round.

Round 3: The top two contestants will then perform their own arrangement of the second song written for Eurovision. Viewers will then vote for their favourite out of both songs from each performer.

Round 4: The final round will either consist of the two artists singing different songs, the two artists singing the same song, or just one artist singing each of the songs. Whatever the situation, the songs will be performed again and the audience will have a final vote. The artist/song combination with the most votes will win the ticket to Kyiv.

To help viewers make their decision, a voting panel of Lena , Tim Bendzko and Florian Silbereisen will comment on the songs. Viewers will also know what international fans think of the songs via a poll. Fans outside Germany can have their say on the poll on the official Eurovision app.

Fans from outside Germany will also be able to follow along with the livestream with is being produced in an English version.

What do you think? Will this format help give Germany a good result in Kyiv? Share your thoughts below! 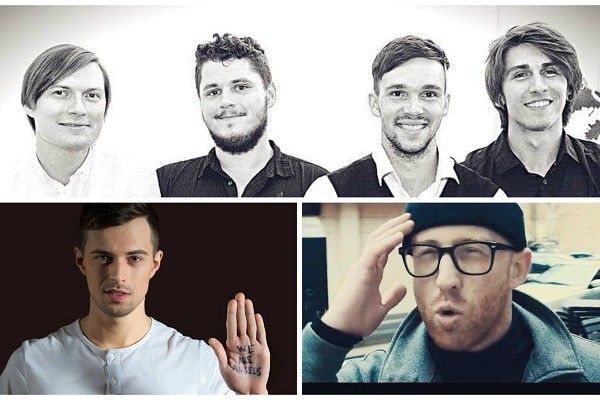 Hey there, does someone still need two tickets for Unser Song? I can’t go, unfortunately.

Finally some good news from the German preselection: http://www.eurovision.de/unser_song_2017/Die-musikalischen-Gast-Stars-bei-Unser-Song-2017,intervalacts100.html

Jamie Lee last year was under age I think. Maybe Germany thinks that she was too fragile to face the last place, and I’ve heard that she could not finish school because of ESC.

@Purple Mask Children are not allowed to perform on stage (“work”) after 20pm and Teens (14-18) after 22pm. There can be exceptions but I think the Broadcaster wants to avoid this Problem from the very beginning.

@beccaboo1212: I think that the 16-17 issue is I think partly for legal reasons. Does anyone else have more info on that? I think it’s to do with a recent change in international law that prevents minors (under 18s) from being profited upon by adults (a.k.a. Child labour). Technically in an adult competition they’d have to be paid for appearance through an agent, hence the problem. (The agent could be seen as breaking the law.) What I don’t understand is why the Junior contest hasn’t compensated by increasing its age range to 17. As far as I know, Junior performers… Read more »

wow a bit complicated tbh but big teams have written the song! at least Germany is trying to succeed unlike BBC.

My biggest fear is it turns into an X Factor-like competition, and the songs seem like they’re clearly written for one or two artists, rather than everyone sounding good on it. We’ll see though—the writing teams seem quite strong!

This is also an interesting format; since they’re eliminating after the first cover round, it really ups the ante as to performing your heart out in every single song given.

The show will take about 3 hours, so until 23.15. Thats the reason, why the singers have to be 18, because German law prohibits people on the stage after 23.00 when they aren’t 18.

Singers aged 16-17 shouldn’t be banned from competing for the German ticket. 16-17 year olds shouldn’t wait until they’re 18. This is getting ridiculous.

I’m sorry, but this has to be the most stupid NF process. These voting rounds don’t make sense at all. The cover round itself is already a bad idea, but why would you eliminate two performers after they only got to sing a cover? Their Eurovision song might be fantastic! Therefore, the next elimination is unfair as well, because in the end, only two finalists are allowed to sing both their songs. And by the way, were there so many bad songs that they only picked two? I hate these selections where all the candidates have to sing the same… Read more »

@an esc fan
How many current pop hits do you know, that were written by Germans? Off the top of my head, I can only think of Stolen Dance by Milky Chance.

I think what they’re doing now is comparable to what they did with Lena. It could work.

Hmm, it sounds too complicated to me…

Not optimistic, Germany is too serious country, how can they manage to commit suicide. Sadi seems like fun on youtube, of course Germany does not like him, he is not stiff enough. So what if he has problems with law, everybody has, wake up, nobody anywhere is perfect.

Why does Germany keep having the weird elimination rounds where if you don’t like their first song/performance they can’t perform their eurovision song.

Germany isn’t going to do well this year.

Oh…..thanks David…..I kept getting confused with UK and Switzerland having 6 finalists.

@ fikri
I understand, maybe it will be like you say.

The picture above is so photoshopped, that I don’t know who is who.
I believe the gender does not matter, but some countries create patterns that become annoying. Germany has an obsession for cute girls (because of Lena 2010). I hope the boy will win, he is the dark horse.

@an esc fan: the last time they won the song wasn’t written by germans themselves. so it can’t be that bad.

Hey guys, just saw some of your questions and wanted to give you an answer.
@ Kris: They have been 5 and one guy was replaced.
@ Fikri: The show will be 3 hours 🙂

The system of voting (or whatever) is a joke. LOL

Germany, what is wrong with you???
You gave the world the greatest music composers of all time, in the whole music history.
British can’t compose for themselves, they needed Emmelie de Forest.

I’m a little confused now…..weren’t there 6 artists in the initial announcement and then one was replaced with another artist……so shouldn’t there still be 6 artists??

so many rounds! how long will the show be?

the songwriters sound credible… can’t wait to listen to the songs!