Bad news from Bucharest. Despite being among the favourites to win the ticket to Kyiv following last weekend’s live auditions, pop star Lora has withdrawn her song “I Know” from Selectia Nationala 2017. The withdrawal was allegedly caused by comments made by the expert jury following the singer’s performance.

On Saturday, Lora performed “I Know” in front of the jury. The Eurovision Romania team shared a snippet of her live audition on Facebook.

In a statement sent to the Mediafax News Agency, Lora made it clear that she disagreed with the form of the selection process.

Together with my label and my manager, I have decided to withdraw from the selection for Eurovision. I have based my decision on how the preselection is carried out. My song is most certainly a hit, having been written by DaBeatFreaks, a group of producers who has written songs for artists like Sean Paul, Dizzee Rascal or Meghan Trainor.

According to our sources close to the singer, the jury members told her that the song is “very radio friendly, but not good for Eurovision”. Many Eurovision fans expressed similar feelings, saying that with any of her other songs Lora would have been the best choice for Romania. Because of this negative feedback, the pop star has decided to officially withdraw from Selectia Nationala.

Lora is yet to release “I Know” as a single. She’s only performed the song live once before, at Romania’s Media Music Awards last autumn.

The blonde pop star has a huge following in Romania, where she is behind many Top 10 hits, including “Ne impotrivim”, which was awarded “Song of the year” in 2016.

“I Know” would have been Lora’s third attempt to represent Romania at Eurovision. Previously, she competed in Selectia Nationala in 2007 as part of the band Wassabi and in 2010 with Sonny Flame.

The result of the Selectia Nationala 2017 live auditions will be presented on 12 February, during a live show. Fifteen acts out of the 72 will advance to the semi-final on 26 February. The Romanian representative will be selected via 100% televote during the National Final on 5 March.

What do you think about Lora’s withdrawal from Selectia Nationala 2017? Do you think that she could have won the ticket to Kyiv? What do you make of her live audition? Sound off below! 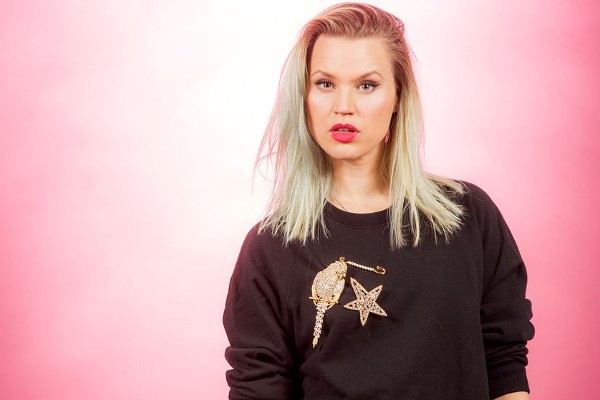 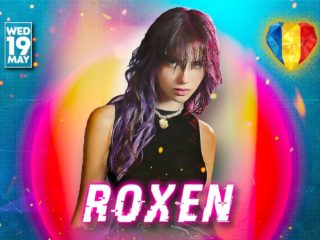 She was by far not a favourite to win and no, her song is not a hit. It’s certainly more decent that I’ve expected for her, but it’s nothing special in it. And to get upset like that and give up… I don’t know what to say, they seem not being able to review their own songs. Like Mihai last year when he thought he has a big hit to win Eurovision. And maybe he thinks same way now again. Well, no, there are 2 or 3 special and captivating songs this year in Selectia Nationala, all entered by relatively… Read more »

Yeah. her song ‘is a hit’! Then why she announced it as her next single last autumn and, to this day, it hasn’t been actually released, at least 3 months later?!?!? Good ridden!

I totally agree with you Bogdan, I already said it before, in another thread, that of all her songs, ‘I Know’ is the most boring one! And she knows it!

Let me tell you, just a random opinion, that I know Romania had good results with Balkan Girls or Paula and Ovi, but for me was unforgettable the girl with orange dress Mandinga 2012 and I love the way you made the boys with instruments to dance too. It was such a year with many good songs, like I’ve said before in a comment, Azerbaijan 2012 was lucky to have many good songs, maybe destiny wanted to compensate the fact that many people did not wanted Azerbaijan to host.

Why romanians are happy about this? (At least comments say this.)

Well, I don’t know, but her song seem so bad and nothing like the songs Romania use to have.

Offf. She would have been an incredible act

THANK GOD I could never stand her. She has always been an attention seeker, bawling her eyes out whenever she didn’t win editions of Your Face Sounds Familiar. Her arrogance could be easily seen in her replies to those who criticized her song (MOSTLY in a constructive way) and her boyfriend and manager is even worse, always looking down on those who are actually superior to him. We don’t need such negativity.

Remember a time when musicians used to be nice people?

What a great news! I totally dislike her as a person and particularly that song. She is so arrogant. Her boyfriend/manager Bogdan Ghenu replied to the negative comments on Eurovision Romania FB page and insulted the users who disliked the song or who suggested contacting another composer for a different song, telling them: “Look where the music experts were” or “Your primitive behavior makes me sick”… Besides that, he also insulted two of the jury members, calling Mircea Romcescu “old papa” and saying Andrei Tudor is only an expert in singing karaoke, along with his band…