They’re among Sweden’s most popular YouTubers, having amassed more than 127,00 subscribers owing to their fun sound, witty lyrics and, if we’re being honest, banging hot bodies.

And now De Vet Du — literally “You Know It” — are taking their unique brand of musical humour and sarcasm to Melodifestivalen 2017 with the song “Road Trip,” which they’ll sing in Semi-Final 1 in Gothenburg on Saturday.

During their first rehearsal on Thursday it became clear that the group — that’s Christopher Martland, Johan Gunterberg, Tor Wallin and the always-shirtless DJ Hunk — were giving their song a literal treatment as they rode out on stage in an orange convertible.

Fast camera cuts and playful costumes give the sense that these three minutes will speed by, regardless of whether you’re a fan of rap or understand Swedish. As ever DJ Hunk — our fantasy of a Nordic God — shows off his gym-honed body. It’s enough to make you crash while driving!

We caught up with Johan and Christopher — the leaders of the group — ahead of their rehearsal to talk about their sound, Melfest and what it’s like for DJ Hunk to be so exposed.

Christer Björkman says that your Melodifestivalen song is entirely in your spirit. How do you define your musical spirit?

We’ve had a few hit songs and I guess Christer Björkman means it fits our style from what we’ve done earlier. And we agree. In our own opinion we think it’s difficult to define. All we want to do is comedy and a song that we like. And it’s been all different styles through the years.

What is the message of your song?

We’ve been on tour for four years now, going on our fifth. And this is sort of a song about that. Being on a road trip together.

What feelings or impressions do you hope to leave the audience with?

Happiness! We do comedy. Or at least we try [haha]! We hope they’ll have fun.

How did the four of you meet and who had the idea to start filming YouTube videos?

We met early in life. We’ve always been great friends and we’ve always been making stupid clips together. One day we just started uploading them on YouTube. The idea came from us [Johan and Christopher] who write and produce it all.

Do each of you have different roles in the group or particular strengths? Is one of you the “leader”?

Johan and Christopher write, produce, sing, rap and all that. And make the videos and songs. So I guess you can call us leaders. DJ HUNK is the one who takes care of the backtracks on stage as our DJ. Tor is just a friend who we wanted to bring on.

“Pantamera” is your most-watched video. But what song is your favourite to perform live?

We think right now “Road Trip” is. Haha! Just from the rehearsals we can feel it.

Sweden is a rather cold country, but DJ HUNK always seems to be shirtless. Does being shirtless all of the time ever present challenges during live performances?

Haha! Well DJ HUNK is like IRONMAN. He can take it. But sometimes he brings a heater on stage behind him!

We really enjoyed your “Boxers or Briefs” video. Is Tor still the only one of you who wears briefs, or has he managed to convince you all to switch?

Tor is the only one. He was never able to convince us. Even though we like his argument. It just doesn’t feel right with briefs. Don’t know why, it’s hard to explain.

Finally, do you have a message for all of your international fans outside of Sweden?

Yes! We love you all and we are looking forward to doing more live shows outside of Sweden so we can meet more of you! 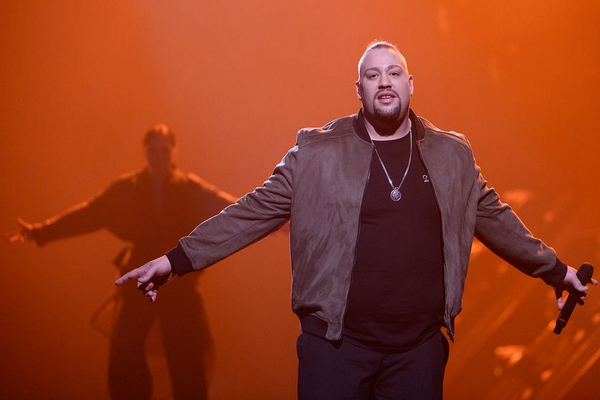 Melodifestivalen: Nano wins the audience poll ahead of the first semifinal

Coming to a foam party near you…
Jokes aside, they do have an impressive viewership on YouTube, so they are perhaps doing something right.

once and twice and always i´ll say it
SINCE YEARS BEFORE SEE U IN MF. DE VET DU WILL BE ALWAYS IN THE BOTTOM OF MY HEART <3 <3 <3

Making stupid videos together for male boxers and briefs? And an always shirty DJ included? And this is Melodifestivalen? Umm… #aintnobodygottimeforbsbooboo