On Tuesday they announced that they had finally chosen their Eurovision 2017 song.

And now, following months of speculation that their father might be involved in the songwriting process, the girls have confirmed that their dad Rick Vol is indeed one name on the track.

Lisa Vol, the oldest of the O’G3NE sisters, revealed the news in an interview with Radio 538 on Wednesday morning. She said that her father Rick has teamed up with Rory de Kievit for the task — and she feels like they are in trusted hands. After all, Rory is dating O’G3NE’s Shelley! Both of the men have written songs for the group in the past.

When it was revealed that O’G3NE would represent the Netherlands back in October, we were a little concerned about their dad writing their Eurovision entry, as his style is sometimes seen as old-fashioned and leaning toward cheese.

What has Rick Vol written for O’G3NE?

Rick has penned some of O’G3NE’s best-known songs including “Magic”, “The Power of Christmas” and “Wings to Fly”. “Magic” remains O’G3NE’s most successful song to date. Indeed, it’s the only O’G3NE single to have received gold status and it peaked at #3 in the Dutch Top 100 in 2014.

Their holiday single “The Power of Chirstmas” peaked at #98 on the Dutch charts in 2008. The 2015 re-release of the single was less successful and failed to chart.

Rick was also behind their 2015 summer single “Wings to Fly”. It peaked at #100, before dropping out of the charts one week later.

Both Rick and Rory contributed heavily to their latest album We Got This. The album debuted at the top of the charts and stayed in the top 10 for four weeks.

The album contained the song “Take The Money And Run” — great motto to live by! — which was one of the few tracks that was not written by Vol or De Kievit. The song charted at #30 in the Top 100 — their most successful chart performance since the release of “Magic”. But it dropped out of the charts after just one week.

The girls seem optimistic about their chances. As they said earlier this week:

“After a long process we know now which song we will sing to represent The Netherlands in Kyiv. We are really enthusiastic and right now we are busy making an amazing track from the demo we have right now. In the beginning of March, we will proudly release our song to the people.”

What are your thoughts on Rick Vol and Rory de Kievit writing O’G3NE’s Eurovision entry? Let us know in the comments below! 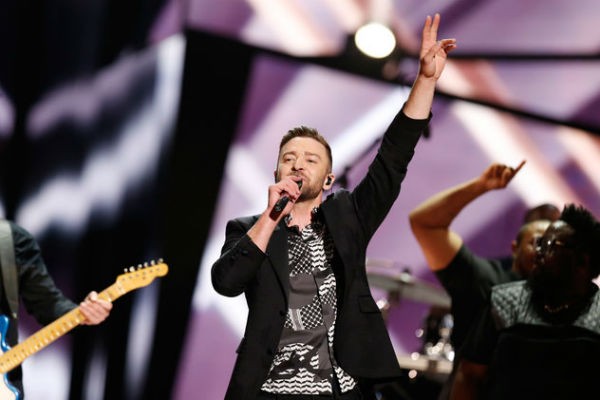 Melodifestivalen 2017: Who should win semi-final 1 in Gothenburg?

God, first they were hopeless for a final spot because they are a girl trio and they all flopped in ESC and now they are hopeless because their dad has an influence in it, without hearing one note -.-‘. They had a songwriters camp, so I am certain that the others also gave their opinion on the song and everything. First listen to the song, before we judge… and btw so far I know they talked with OG3NE, Waylon and VanVelzen and then unanimously choose O’G3NE

I’m so glad that the Netherlands has turned it around these past few years. I want a win in the Netherlands because it is an easy direct flight from where I live ( Stavanger, Norway!) 42 years is just too long since their last win!

@cookymonzta
I read it was Dotan. Waylon was also in the running, as a solo artist.

They need a good song and maybe they will have it. I ignore all those news about the father, he just puts his name there, I guess.
Their voices are not enough to be in the final, look at Il Volo, televoters loved them, not the jury.

@Dutchie: Who was their first choice, before they decided to go with O’G3NE?

Now that their father is helping with the production of O’G3NE, I predict a cheesy and old-fashioned ballad as the entry coming from O’G3NE, like the article mentioned. I don’t like his style, and I thought “Wings To Fly” was very annoying for me. I’ll see what the song’s like when it’s released, and maybe I might change my opinion (or not).

@mocosuburbian
Rory de Kievit is about 25 years old, I guess… he played the guitar riff on the summer song of 2014, Waves by Mr. Probz. It’s not all bad.

Guys, don’t judge before the song is released. Just for advice. I’ll wait for the song.

One of the songs they (dad and the bf) have written together is All over again: https://www.youtube.com/watch?v=KCodMe7V-Xs I really like this!

It doesn’t matter which male relation be write the song as long as one does??

But I was jk, y’all take everything so seriously. Even though knowing Daddy Vol’s songs, this isn’t looking good for Holland.

Well now my expectations are extremely low.. which in many cases could be a good thing… Doubt Netherlands will qualify – cause if previous songs are anything to go by then the quality of their entry will not be strong enough to go through to the final. They really should have picked a song from outside their family relations…

@cookymonzta
O’G3NE weren’t first choice for AVROTROS, but I doubt they even asked Kensington. Maybe in a few years, if they’re really desperate for a breakthrough abroad (like Ilse DeLange was).

Guys, Rory de Kievit is actually Shelly’s boyfriend. And secondly, there goes a top 10 spot in the finals. Daddy Vol hasn’t had any success with songs written by him (other than ‘Magic’, which was released around the finals at The Voice of Holland and when their popularity was at their highest). I was hoping that a great writing team could come up with something good (like a timeless soulballad or a contemporary, avantgarde song), and there were probably a lot of writers willing to work with this rare kind of group. But now we must hope that they do… Read more »

I’ll wait for the song to pass judgment. Three of their last 4 songs have been songs that were not so generic, and they all qualified. If this one sounds generic, chances are they might not qualify, and I will find myself wondering how much better would they have fared if they had sent Kensington with “Do I Ever?” or “Sorry”.

This is looking really really bad.
It’ll be a dated and boring song.

Such a big mistake from Avrotros.
I’m sorry for Dutch people because they deserve a win.

oh boy… this is bad… their father sucks at songwriting -_-
‘wings to fly’ is a perfect example to this.

There’s not a lot of faith in these girls in the (online) Dutch Eurovision community, and this news certainly hasn’t helped. Rory de Kievit happens to be the guitarist/producer for Mr. Probz, and personally I think daddy Vol has penned some pretty good songs, but yeah… none of them hits.

Maybe we’re heading for another Trijntje, although I can’t imagine the song to be as bad as Walk Along.

…this song’s gonna be a crappy cheesy ballad like “Magic”, am I right?

Don’t be so cruel, maybe the song is good, but the father seems to be the person who wants to have the last word. I don’t think the father is the brain, but he wants to feel important, you know, those controlling fathers.
The song still can be good.

Why not wait for the actual song before concluding 😉

If you want to know for sure, check their Instagram accounts 😉

Maybe also good to point out Amy’s boyfriend has worked with artist like Mr. Probs who is quiet succesful

The group looks promising but there’s something that bothers me a lot!
I don’t know. I just think they’re song’s gonna be one of those cheesy ballads about love,break up or something like that

So Amy is the red hair one, Lisa is the blonde one, and Shelly is the brunette.
I’m sure is wrong what I just said because each time I google them, they appear all 3 together … but … who is who?