Smear on some SPF 50, grab your bikini and let’s head south! The Malta Eurovision Song Contest 2017, the island’s national selection for Eurovision, will take place on 18 February. But before then, the Wiwi Jury — our in-house panel of music unprofessionals — is reviewing and rating all 16 competing entries. Today we move on to Crosswalk with their song “So Simple”. Is this song a little too simple to win MESC? Read on to find out…

William: This number has great intentions and does well creating a sweet, dreamy atmosphere. Unfortunately you tend to dream while you’re asleep, and this definitely has a soporific quality to it. The cliché and overly sentimental sound harks back to She’s All That and Not Another Teen Movie — both of which came out a long, long time ago. Yes, this is so simple… and not so good.

Chris: Crosswalk have taken the very simple road of riffing from previous Maltese successes (in this instance Malta 2013). For the most part, it works. But as the song goes on, it loses me — particularly by the end of the second chorus. The song never regains my interest after that point and the initial joy fades. If you eat the same meal day in, day out, you’re eventually going to get bored. Malta shouldn’t serve this up at Eurovision.

Deban: Toe-tapping folklore always finds a home in Malta’s national selection. I’ve come to expect it, and a result, additional outings have less impact. Comparative assessments aside,  “So Simple” is a respectable effort. It glides effortlessly and leaves me feeling rather joyful.

Josh: The country-bumpkin folk music coming out of Malta needs to take a hiatus. It worked in 2013 for Gianluca. It barely worked in 2014 for Firelight. This genre has had its moment and now it needs to retire. Performing in the earlier section of the live show is going to annihilate the chances of this placing in the top half of the scoreboard. Crosswalk get my participation point for the year.

Robyn: This reminds me of Malta’s recent folk-pop efforts — “Tomorrow” and “Coming Home” — and it’s obvious that’s a genre that Malta can do well. “So Simple” has a similar message to Raquel’s “Ray of Light”, but its message feels more heartfelt and authentic. It doesn’t feel like it’s catchy enough for Eurovision, but it’s not a bad effort.

Antranig: “So Simple” but not effective — I appreciate the laid back vibe this song has. The chorus picks up and lyrically, the song is on point. However, this would get swallowed alive on the Eurovision stage. After listening to all 16 songs, this is not something I remember and that’s not going to help it get votes. A good entry for variety but that’s about it.

Forrest: This is by far the most authentic, contemporary country song I have heard come out of the Eurovision world in several years. It is reminiscent of Kasey Musgraves’ “Follow Your Arrow“, which won Song of the Year at the Country Music Awards in 2014. It’s in those acoustic guiders and banjo where I find my musical happy place. Unfortunately, the lyrics for “So Simple” are just that…perhaps making the song’s title a harbinger of its downfall. Italy: Giusy Ferreri is your big favourite to win Sanremo 2017 Hold on: Switzerland’s Rykka is “Runnin’ Away” in new music video 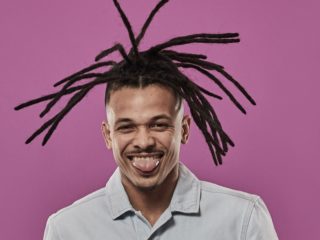 It’s abeautiful country song. I like it.
Though, I don’t think it will do well at ESC, if selected, because this kind of songs are not so popular among people. But it’s a sweet song.

N.B. I think this (with Crosswalk) is the only time so far when my personal favourite in a National Selection is probably odds on to finish last. Haha!

It is weird that this made it to the final selection. Everything that it has going for it, “Tonight” does so much better. I cannot imagine there are enough fans of the genre to require both of these songs. I think this could come in last place.

The Wiwi Jury isn’t being hard on the Malta songs; we’re taking them seriously. We’re not going “Oh, they’re a little island and they’re trying really hard so let’s cut them some slack.” No, Malta take Eurovision very seriously and put a lot of effort into their songs, so we accept that and give honest reviews.

And in case you’re wondering, we haven’t got to the highest-rated jury songs yet. And one of them might surprise y’all.

On paper this is a very good song. Clever lyrics, and in a country/folk style that really recalls “Alison Krauss and Union Station.” (If you have never heard of that band, look them up. They are really good.) The problem is not the song, or even the performance: the problem is the audience. With any competition, it is best to either surprise the audience with something new, or give the audience something they would either expect or prefer to see – I don’t think that this entry ticks either of these boxes. I could be wrong though. Personally I adore… Read more »

Actual music with actual instruments always fares rather badly in the Wiwi reviews, and this song is no exception. It’s a lovely little country ditty, nothing special but also not as bad as the average rating suggests.

The scores for Malta’s songs are getting annoying. It’s not a bad song, I love listening to it. It makes me happy. Deserved at least above 6 points. MESC 2017 songs aren’t treated fairly.

“So boring” would be a more appropriate title.

This almost got the same score Claudia Faniello got. And Deborah C got a higher score. Ridiculous scoring.

It’s not a winning song but it’s a sweet song, should be appreciated more. Goodluck Crosswalk 😉