The remaining 11 Campioni contestants — the big names from which Italy’s Eurovision 2017 artist will be chosen — performed their entries to the viewers for the very first time, just like yesterday.

The live show started with the performances of half of the Nuove Proposte, the category dedicated to newcomers, judged by televote (50%) and the press center (50%).

And these are the results: Francesco Guasti with “Universo” and Leonardo Lamacchia with “Ciò che resta” went to the final, while Marianne Mirage with “Le canzoni fanno male” and Braschi with “Nel mare ci sono i coccodrilli” have been eliminated.

During the evening we were treated to guest performances from Italian pop singer and Sanremo 1995 winner Giorgia and English superstar Robbie Williams — who presented their singles “Vanità” and “Love my life“. Scottish rock band Biffy Clyro and American-Canadian actor Keanu Reeves took to the stage as well and entertained the audience.

Then after four hours of music moments, random appearances on stage and comedy sketches, the results of the Campioni category were revealed in random order. But unlike yesterday, none of your big favourites to win were among the temporarily eliminated acts, with the Wiwi readers’ favourites qualifying to the next round. The three provisionally eliminated artists will sing their entries again tomorrow, together with the three other temporarily eliminated acts from Tuesday’s show.

Four of them will go to the semi, while two acts will definitely say Arrivederci to the competition. Who is going to miss the chance to win the contest?

The third evening of Sanremo is traditionally “cover night“. The 16 Campioni participants — who have placed in the top 8 in the first two live shows — will perform their own version of an existing hit single. 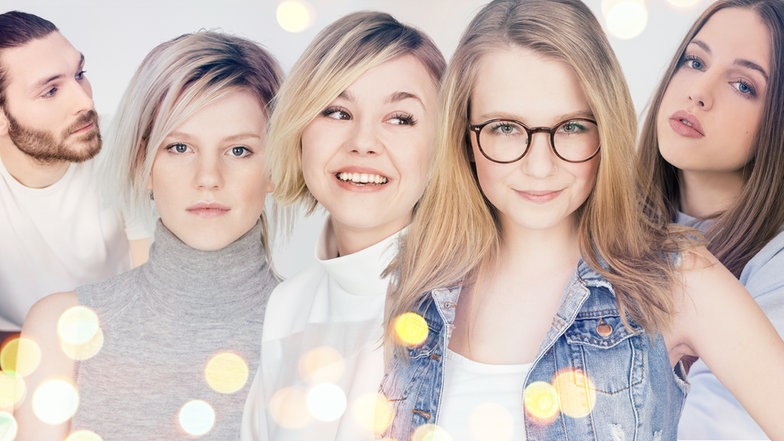 Unser Song 2017: Listen to the snippets of “Wildfire” and “Perfect Life” I am a bit late but Sergio has a beautiful song that brought me to tears. I am loving Sanremo more and mmore

Another interesting night at Sanremo Festival! I still don’t have a clear favourite. I really liked Chiara. She is amazing! And the song was strong. Francesco Gabbani brought sth fresh with his song. Slightly different kind of song than last year, but it’s really full of happiness and energy. I’m not sure if it’s for Eurovision though. Eurovision fans are used to a different sound from Italy. Another song I liked is Gigi D’Alessio-“La prima stella“. Love it! I see all this enthousiasm about Michelle Bravi. Personally, I’m not so excited. It’s a good song and his performance was so… Read more »

I f*cking love the song of Sergio, Con te. It has this wow-factor that an eurovisionwinner needs to have. I also really like Francesco Gabbani and Bianca Atzei, beautiful song, hope she can make it.

After yesterday night, I can easily say that I can choose my three favourites: Fiorella Mannoia, due to both the song and a kind of knowing her music for so long; Francesco Gabbani, because of his great song and scenic idea; Michele Bravi, because he brought us an AMAZING song – because Il diario degli errori IS a great song. And it’s literally flying on iTunes and on betting odds, even overcoming Mannoia. Let’s talk a bit about yesterday. Atzei had the usual terrific lyrics from Kekko Silvestre. Unsurprisingly, she fell down. Marco Masini had a song from Zibba, one… Read more »

I LOOOOVE Francesco’s song, I want him to win so badly.

I’m not ashamed to be supporting Francesco’s song. As someone said before, it is a breath of fresh air not just in Sanremo but also in Eurovision if it gets there. We need the gorilla, Eurovision has been lacking some wacky gimmicks recently!

Francesco Gabbani is the only breath of fresh air in this dusty edition. Last year he competed in the new artists section and his song was overall the best in Sanremo. I hope he does great as he deserves.

My favorites (top 2) from this night are Francesco and Paola.

Francesco is a hot mess. I hope he doesn’t win.

My bets for Eurovision are Sergio and Alessio Bernabei <3. Stunning.
Elodie is also a strong choice.

Among the older ones, Michele Zarillo has a great, great song.

Wow! Totally impressed with Sergio and his song…so much emotion, variation, and heart in it all. Was really feeling it, especially at the end with those backing singers! This would do well at ESC! Could that be why Italy’s at #2 in the odds??

the Gorilla was awesome and unexpected, plus the song it’s joyful and vibrant, I don’t think he should go but if he goes be BETTER bring the gorilla.
I also loved Chiara, Michele Bravi and Sergio (whose song isn’t overrated at all)

i actually really like michele bravi’s, bianca aztei’s, and paola turci’s songs
yesterday nothing really spoke to me but these are pretty cool

Sergio is overrated , he didn t sang good at beggining of song

Better song was in first semi .From first I like Elodie, than Allesio, Samuel and Ermal. In second only I like song of Francesco.I think Fiorella will win, she is on first place on betting odds but her song is good , but not for Eurovision.

Sergio Sylvestre was the best from this bunch but Elodi is still the best qualifier. Hands down.

I saw that Italy is now number 2 in the Betting Odds. Someone in this bunch has the betting agencies confident.

Anyone else startled by how orange Francesco’s sweater was? He really dressed down.

Well the winner was last night,Elodie!

Sergio, Michele and Francesco for me. If Francesco gets to Eurovision, he’d better keep the gorilla.