Colour us black, blue and white — Estonia’s Eesti Laul 2017  is on. Tonight ten acts will take the stage, but only five of them will advance to the final on 4 March in Tallinn. You can watch dreams made — and crushed — tonight on ERR’s live stream from 20:35 CET.

But before then let’s get a sense of who is going to slay and get slayed. Way back in December, we asked you to vote for your favourite act, and Elina Born crushed the competition.

As one half of the only Estonian act to make the grand final in the past three years, she clearly has experience on her side and the bookies agree: They place her as third favourite to win Eesti Laul altogether.

In second place with 16% of all votes cast is Ariadne and her track “Feel Me Now”. She won 429 votes for her laid back number and will perform halfway through the show tonight in fifth place.

The top three is rounded out by Lenna Kuurmaa, whose song “Slingshot” took 14% of all votes. Things were tight for second and third: Lenna netted 377 votes, so expect things to be tight competing for the five golden tickets tonight.

You can watch all the action unfold from 20:35CET live on ERR 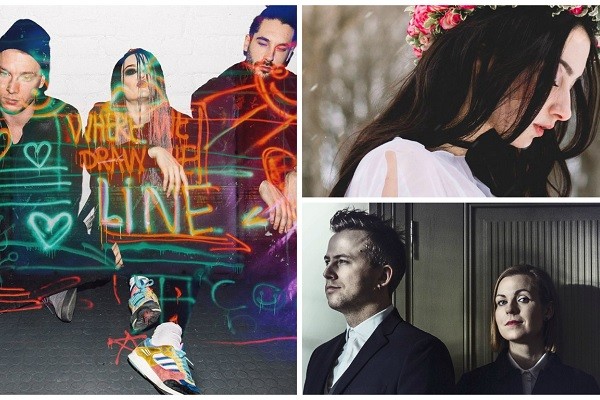 too bad that the “rabbi and Elsa duet” got through instead of Carl-Philip, Maian has as good a voice as a tea pot at a bottom of a lake.

Ooo – Thanks Colin. (I’m watching Sanremo). That’s a surprise about Uku Suviste being bad live. And well done Leemet it seems (even though that song is awful).

Great Eesti Laul songs this year, but c’mon Kerli!! She could win the whole damn thing. This year’s Eurovision is looking like one of the worst, and unless Sweden or Russia dominate, I suspect an outlier like Estonia could do it in Kiev. It certainly won’t be any of the announced so far, or Spain.

HEY! Where can I find the recorded broadcast? I’ll be too busy watching A Dal and MF.

Ah yes, correct grammar is important with the English language :p
Elina Born should cruise through this Semi on auto-pilot. I predict Lenna and Ariadne will do well, and after that’s it’s an open field. Carl-Philip I’m unsure about; Uku Suviste is good live but missing something in the song; Whogaux have an amazing song with a bad singer (sorry); Leemet is a borderline qualifier; the rest can just enjoy the music.

As long as Karl-Kristjan & Whogaux feat. Maian “Have You Now” and Ariadne “Feel Me Now” goes through im happy..

My top 5 of this semi:
1.Elina Born – “In or Out” – She has amazing voice and the song is catchy as hell.
2.Ariadne – “Feel Me Now” – This is the catchiest song of Eesti Laul. Her voice is sweet.
3.Lenna Kuurmaa – “Slingshot” – Lenna’s voice is unique and this song represents her fine.
4.Uku Suviste – “Supernatural” – Uku is charismatic and he sings good, but the song is bit meh.
5.Karl-Kristjan & Whogaux feat. Maian – “Have You Now” – It reminds Chainsmokers’s song, but i think it’s better than their song.

This semi is a bit weaker, but still good.No doubt Elina will qualify, but I wouldn’t be surprised if she doesn’t win this Semi, I feel like Ariadne has some good chances here.

I believe Elina will qualify. I quite like her song, but it sounds dated. I don’t think she’ll win Esti Laul.
I am in love with “Feel me now”. Absolutely beautiful!
I also like “Hurricane”, though it sounds dated too, but it’s a really good song.
“Everything but you” has an interesting sound I like and Carl is a good singer.
So I’ll go with these 4 acts. I don’t have a 5th act, in order to complete my personal qualifieres, so I’ll stick to these 4.

@Hector – “Elina should qualify too, but she’s very overrated, in any case she should win Eesti Laul.”

I guess you meant SHOULDN’T WIN, otherwise this statement makes no sense.

Personally, my winner of this Semi by far is Ariadne with Feel Me Now. Then trailing behind is Have You Now, Slingshot, Supernatural and Hey Kiddo. Elina Born is overrated and I’d love if she didn’t qualify. The song is atrocious and repetitive. She’s going to breeze through the Semi but I can’t see her winning, will be tough for her to get through to the Super Final….Ariadne for the win, she’s so good! And she’s so kind, honestly! Eurovision is about a whole package Elina born has done one TV appearance to my knowledge, Ariadne has done numerous radio… Read more »

top 4 looks great. fifth one will be ivo linna.

I don’t know if I wrote it right below. I mean Elina should qualify but not win the whole NF 🙂

Carl-Philip – “Everything But You” and Karl-Kristjan & Whogaux feat. Maian – “Have You Now”, I hope both qualify. Elina should qualify too, but she’s very overrated, in any case she should win Eesti Laul.

Carl Philip is my favorite. Elina is too overrated

Semi-Final 1 is just the warm-up act.
The poll looks correct. The top five here should be the top five that go through.