Last Saturday ten stars launched their bids to win Eesti Laul 2017 — Estonia’s national selection for Eurovision. But from the haze of catsuits, bright lights and LED everything, only five survived to sing another day.

And, with the help of our partners at DELFI PUBLIK — Estonia’s most-read news source — we were able ask the stars questions remotely (after rehearsals and, in some instances, after the show). Elina Born, Lenna Kuurmaa, Carl-Philip, Ariadne, Karl-Kristjan & Whogaux + Maian and Uku Suviste all hold our big red WIWI ASKS bubble, as does Estonia’s Eurovision 2016 participant, Jüri Pootsmann.

Lenna, who sang with Vanilla Ninja for Switzerland at Eurovision 2005, says competing this time around doesn’t feel all that different: “I feel very strong,” she says. “It feels great to be back on the stage.”

Karl-Kristjan explains his relationship with Whogaux and how they brought Maian on board for their breezy electro number “Have You Now”.

“We’ve been friends for a really long time and we discovered Maian shortly before the Eesti Laul contest,” he says. “When the song was finished we had all the melody and lyrics and then Maian joined and we made it the way it sounds now. After two weeks of hard work the song was finally finished.”

Eighteen-year-old Ariadne is the youngest act in the competition and she admits that she has a case of the jitters.

“Of course I get quite nervous,” she says, “but I think it’s more like an excitement because I really like doing that. When I sing  I usually think about how this is an awesome experience and I have got to make the most of it. I’m thinking about how much I enjoy it definitely.”

The beautiful Ariadne is ready for #eestilaul2017 semi-final 1. She's answering questions in Tallinn with our partners @publik.ee. Visit their web site for the live blog tonight! ?? #eestilaul #eurovision2017 #eurovisionsongcontest #eurovision

Elina, who competed at Eurovision 2015 as a solid fan favourite, had a special message for her fans on wiwibloggs: “Thank you so much for supporting me through the years. I love you so much.”

Does she feel extra pressure this time around?

“The pressure is always the same for me, ’cause I always give 100% of myself on stage and this year is the same as last year was and the first year when I was here, in 2013.

Amid all of this year’s hopefuls, we also spoke with last year’s winner Jüri Pootsmann. He sees a silver lining to him finishing in last place at Eurovision 2016. 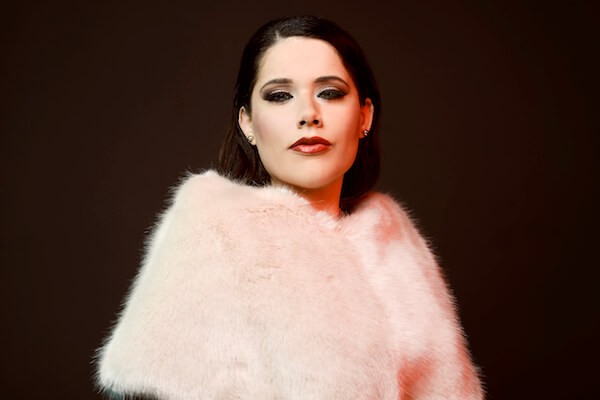 I would like to clear something_ Ariadne is not the youngest participant. She is 18, but Maian is 16.

@kris: Yes I saw that earlier too, the bee-post graphic. It has disappeared since though. (It looked suspicious so I ignored it.)

@Willie
Can you please tell us here too…..I’m not on any of these social media platforms????